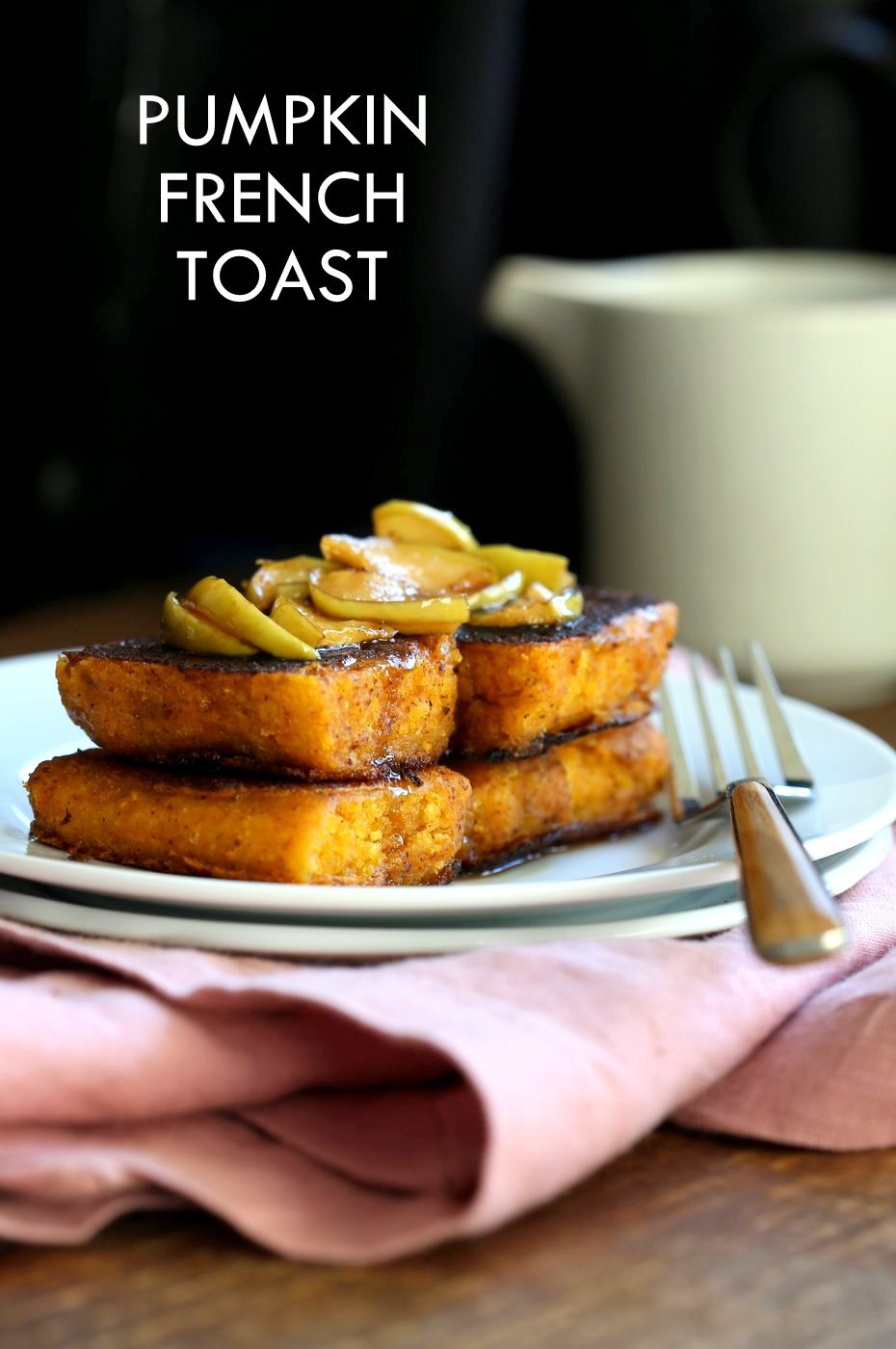 I had another batch of pumpkin cornbread but no soup to finish it up with. Oh well, we could have finished it up as is (its so good!), but I decided to make pumpkin french toasts with it.

The Pumpkin french toast batter has generous amount of pumpkin puree and pumpkin pie spices mixed with a bit of starch and non dairy milk. The bread is soaked for a few seconds then pan fried. I love this batter with my pumpkin cinnamon swirl Sandwich bread. The combination with the pumpkin cornbread is even more delicious. Cornbread doesnt get soggy. It has pumpkin and spices already which get amplified with the pumpkin + spices in the batter. And is topped with spiced apples. Fall spices everywhere! Try not to eat these right off the skillet.

I served these with apples cooked with coconut sugar, mainly because the photos with just butter weren’t looking as fun :). These french toasts are very delicious as is! Its triple pumpkin pie spice! Some on the Cornbread, some more in the batter and more in the apples. 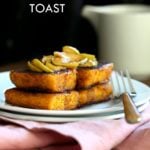