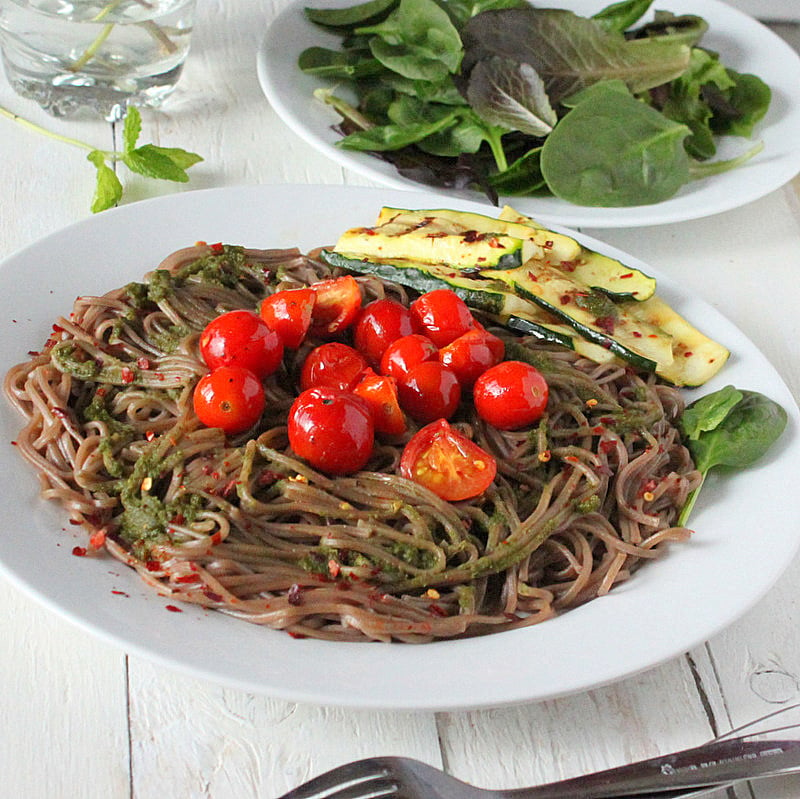 A simple light pasta dinner! I made this for a quick dinner some 2 weeks back. We had some organic juicy cherry tomatoes from a local farm.. the last of the fresh ones of the season! so the tomatoes were getting added to everything.

My parents left 2 days back and the house feels so empty.. and I feel so perennially hungry.. hungry for sugar! I think its the hangover from all the sweet consumption in October.. I should bake up some salty crackers for some non sweet munching to keep the craving under control! but instead I baked up carrot cake muffin tops/whoopie pies.
Also baked up some glutenfree trail mix granola bar, which is already resting in our tummies.. And soon I will want to make truffles, liqueur and chocolatey fun and ingenious things 😉 to put in gift baskets! ok..lets get to todays pasta…Cook the soba as instructed, throw in some pesto and grilled veggies and serve up with a side baby greens salad drizzled with olive oil and balsamic vinegar. and we are done! Not all buckwheat soba is glutenfree. 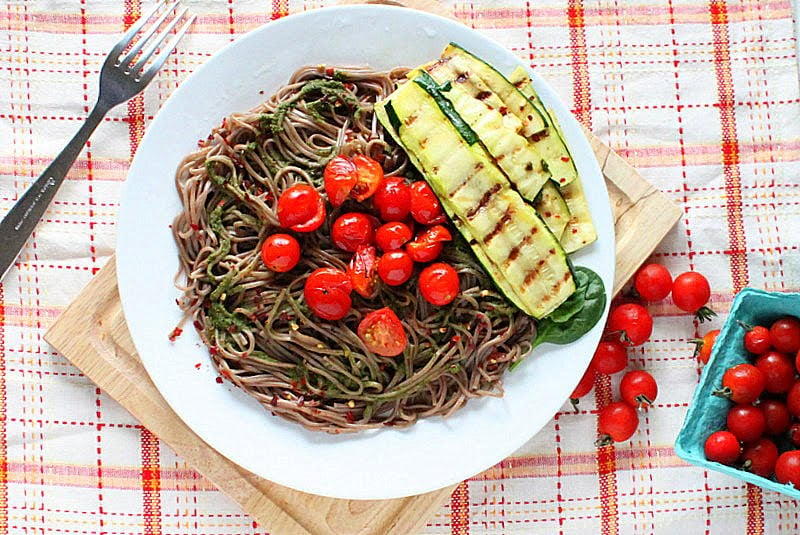 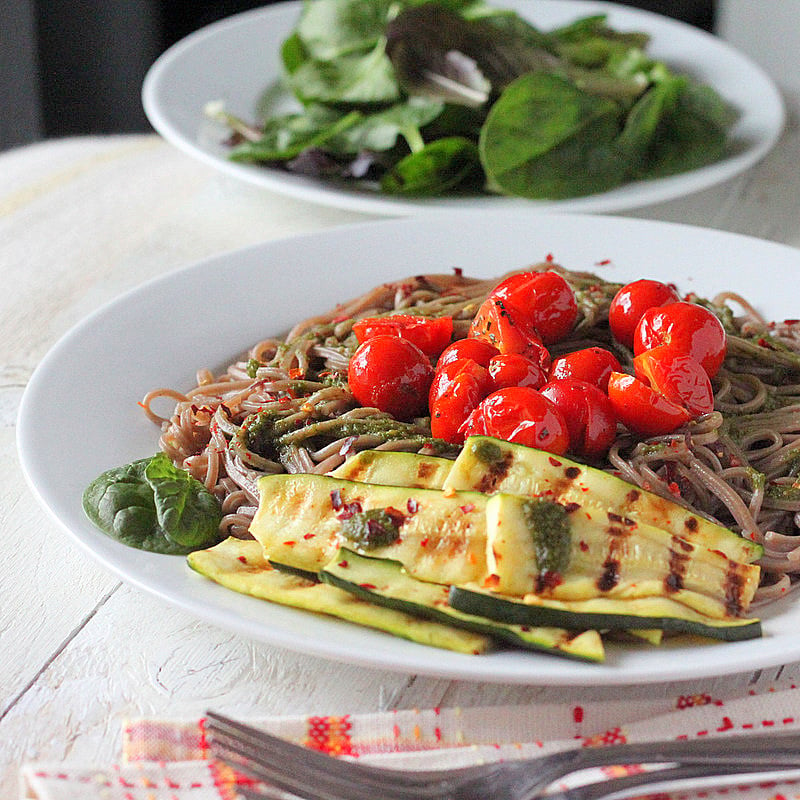