Chilla, Cheela or Pudla are simple Indian breakfast pancakes. These Vegan Chickpea flour Pancakes are crepe like savory breakfast. Add veggies to the batter or serve with roasted veggies and a dip. Gluten-free Soy-free Nut-free Recipe.  Jump to Recipe 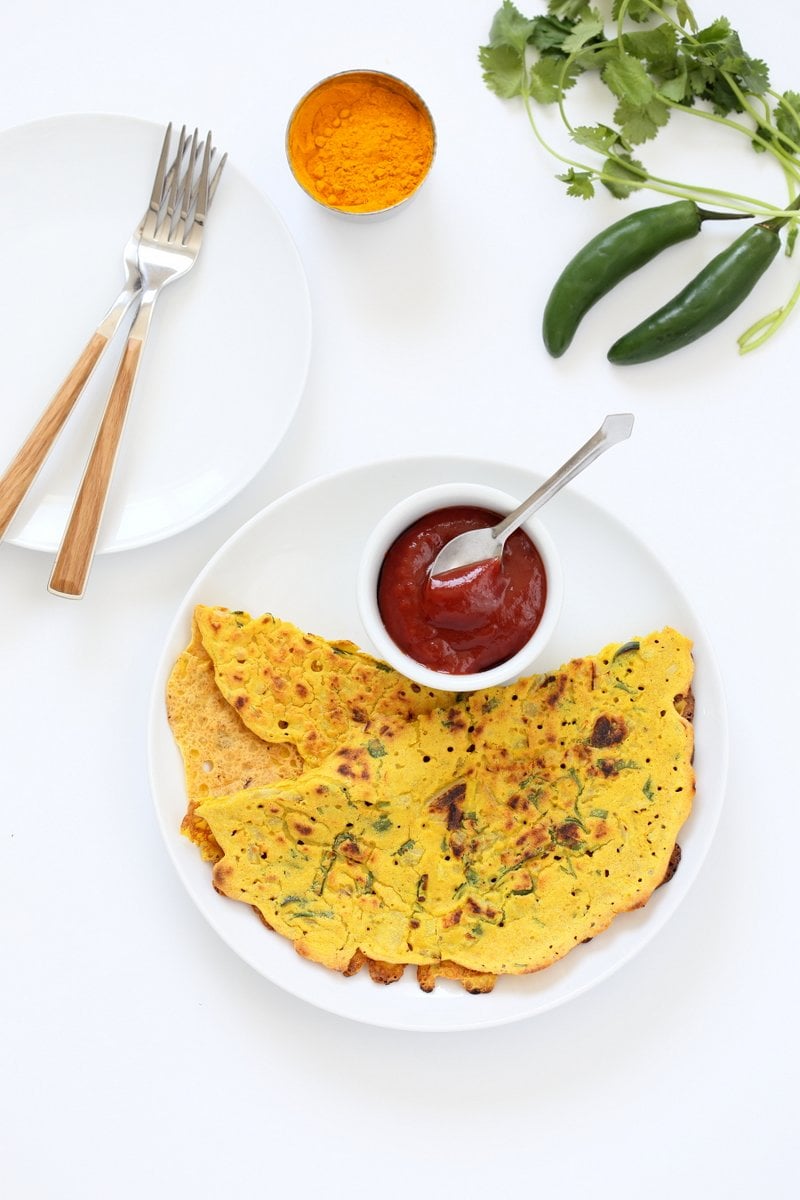 This is my Mom’s chilla/ cheela recipe. It is also known as pudla. The classic Indian pancake made with besan (which is split chickpea flour) or chick­pea flour (white chickpeas ground) is a popular breakfast in North India. These pancakes in the simplest form are easy and perfect for breakfast, a snack, or a side flatbread. For a veggie omelet version, add less water for a thicker batter and add leavening such as baking powder and some kala namak (Indian sulphur black salt) for eggy taste. Add finely chopped vegetables such as zucchini. Serve topped with roasted potato/veggies or avocado and a dressing of choice. 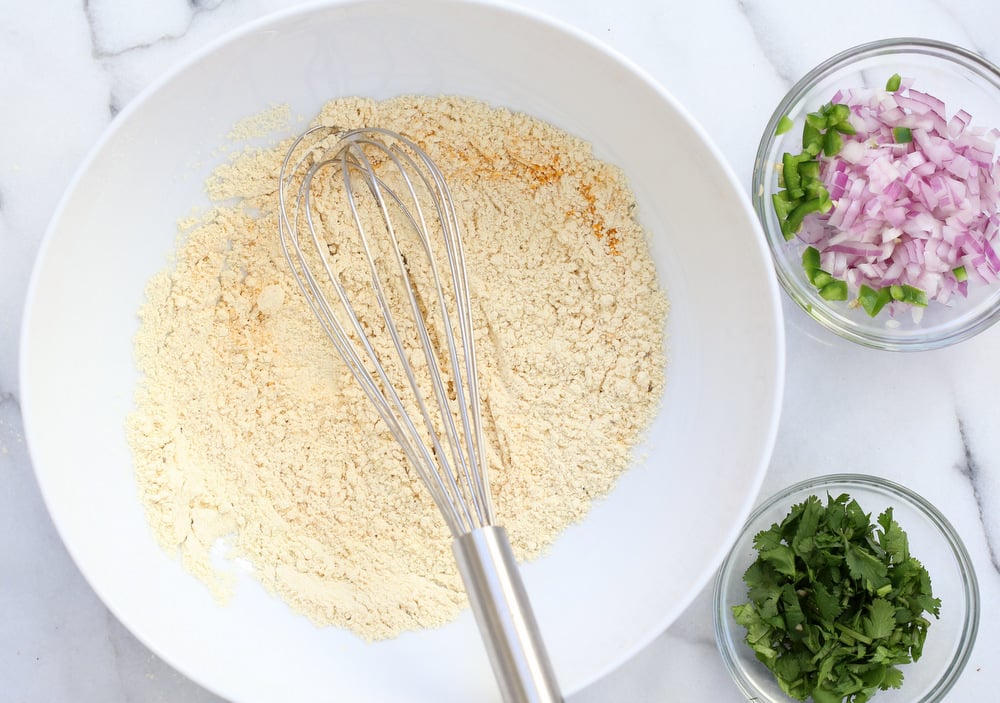 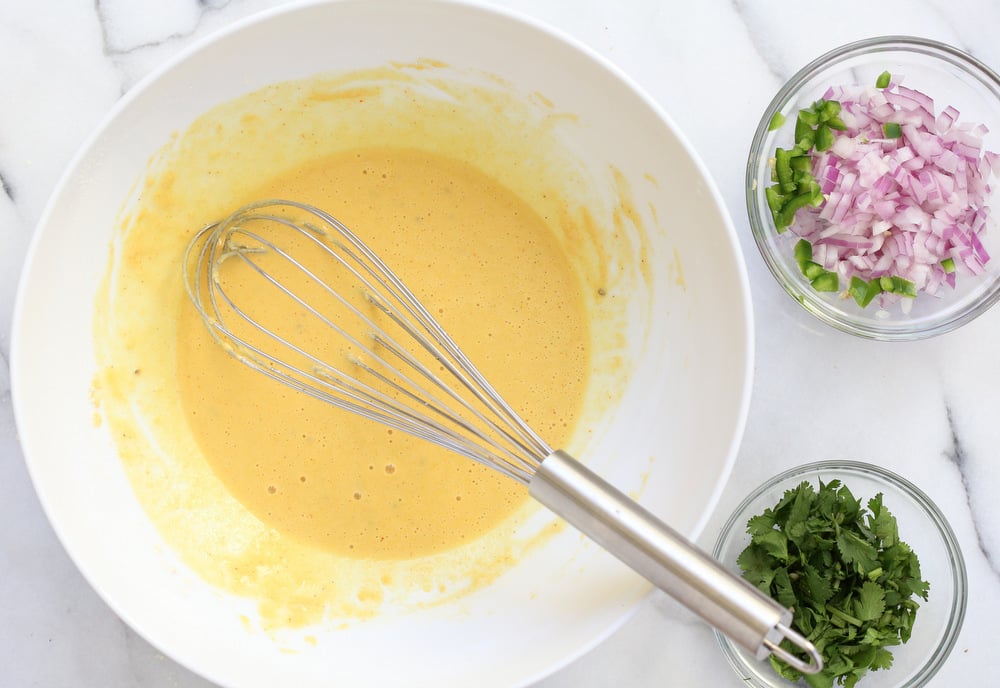 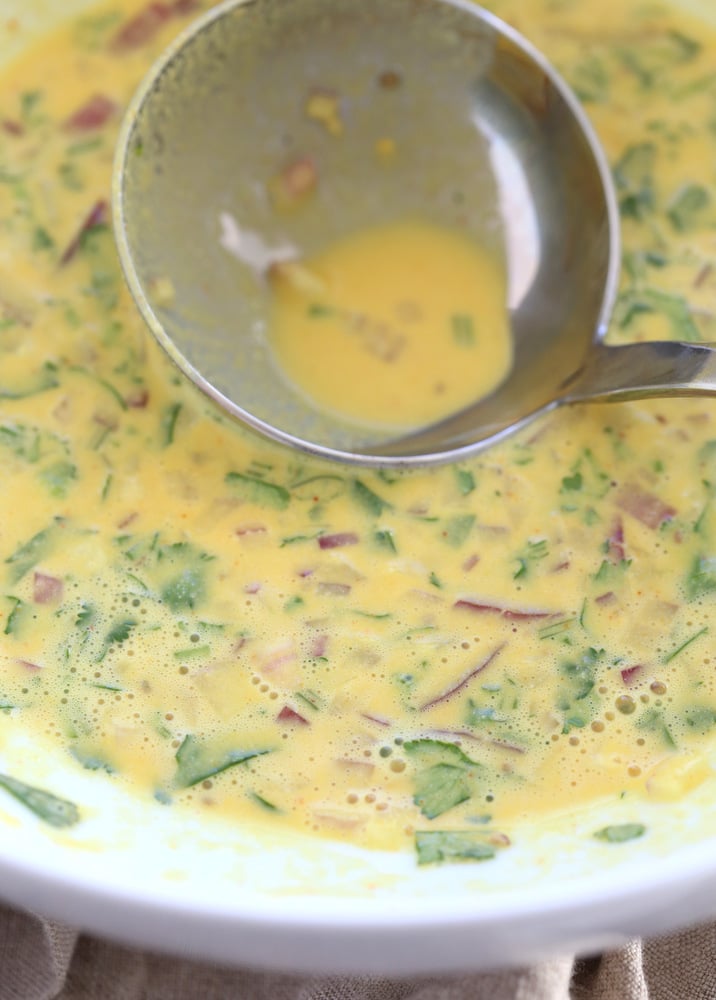 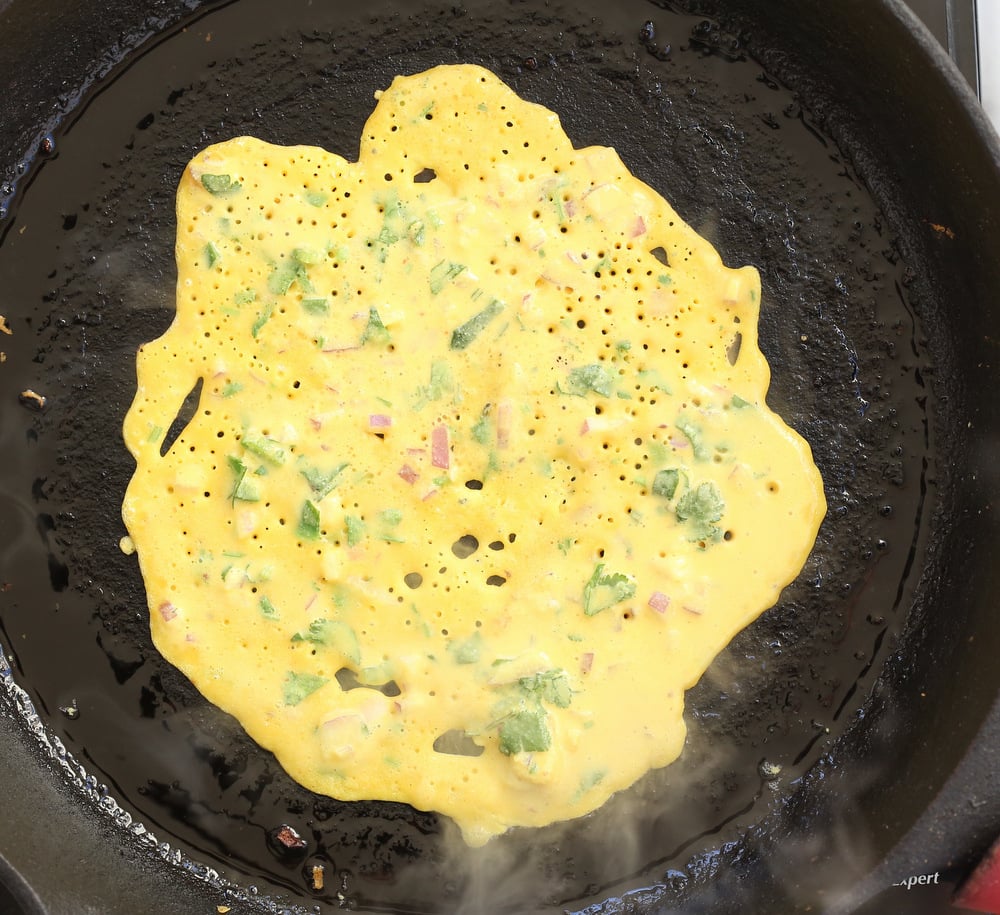 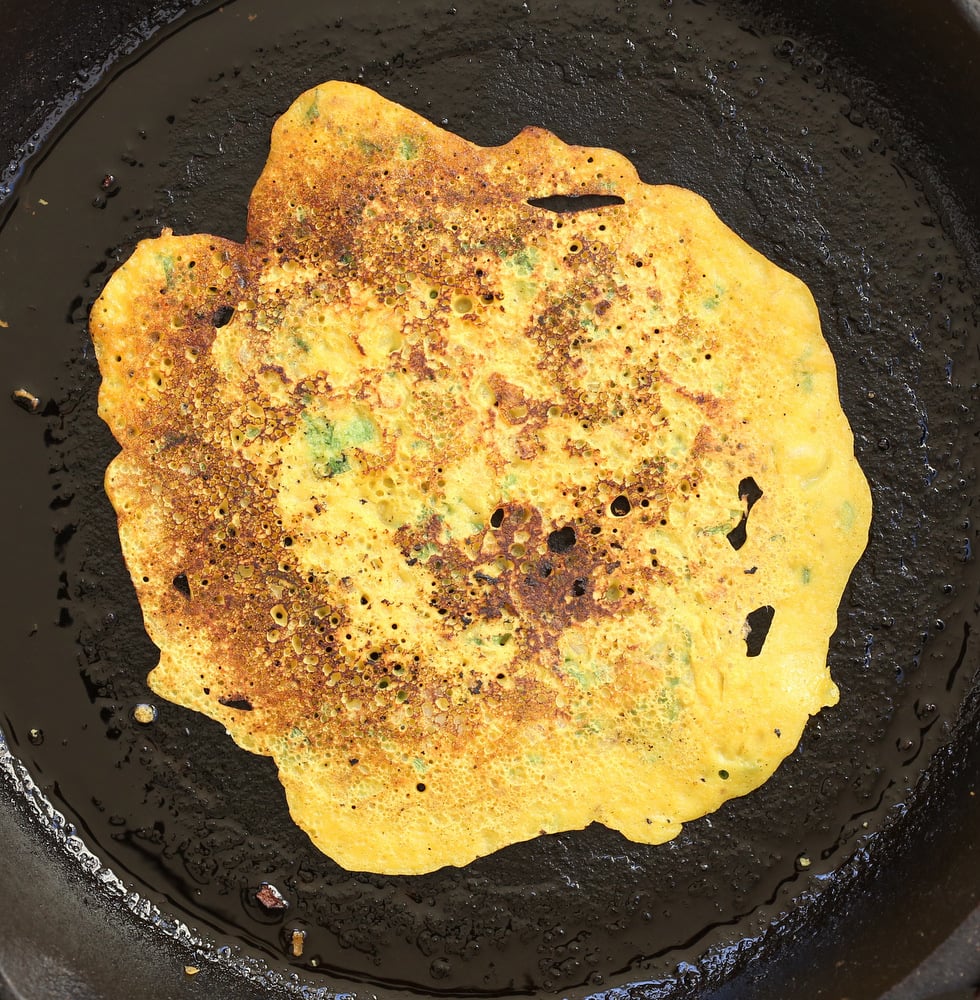 Tips for no stick pancakes every time 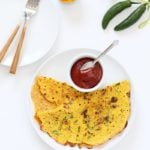