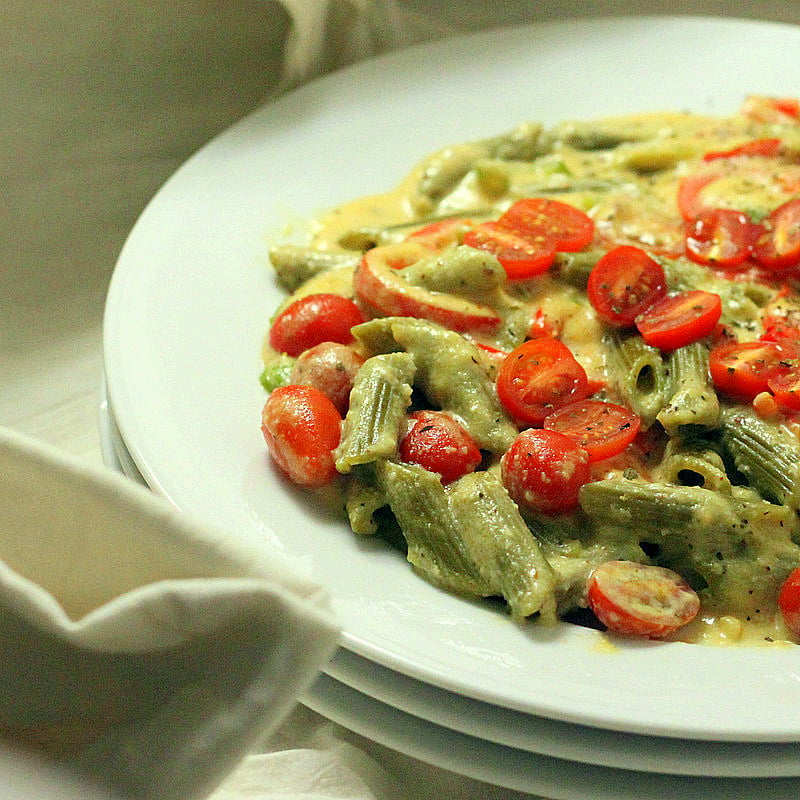 Meatless monday or any weeknight quick fix! Powder some cashews, mix in with water, salt, roasted garlic, chipotle habanero sauce. Get your pasta ready. Stir fry some veggies, toss in the pasta and sauce, cook for 2-3 minutes until sauce thickens. done! You can call this alfredo-ish sauce if you add some nutritional yeast for the cheesy flavor. Easily made gf too. The cashew cream makes this very filling.

In case you missed the homemade, not store bought, Doritos Spice in this Quick Pasta dish.. you should try it for another fun weeknight meal!
Dont like pasta, Add the veggies and cream to some cooked whole grain like Quinoa, barley, wheat berry! 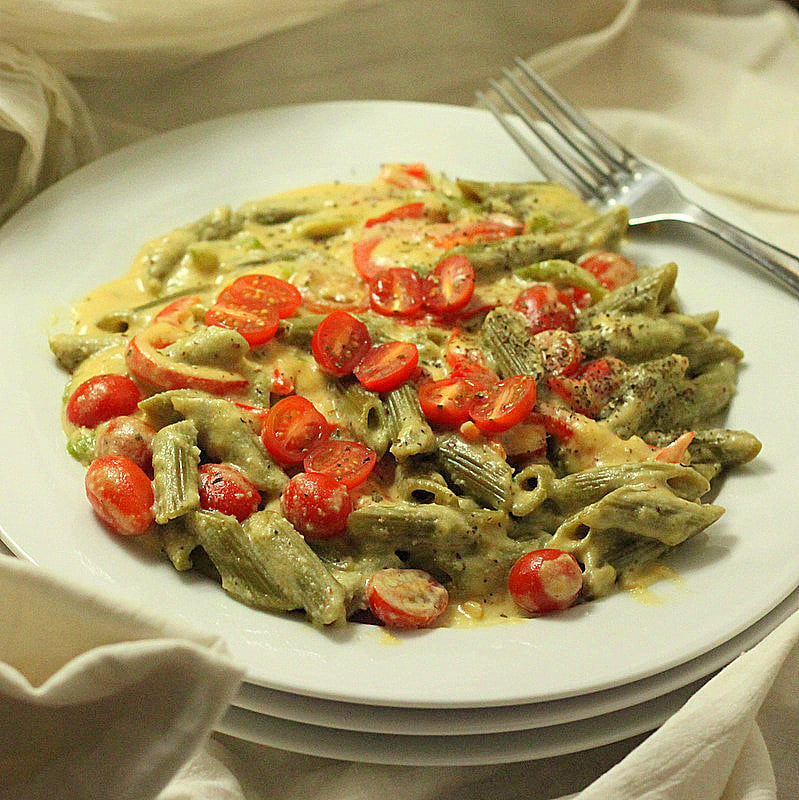 Its one of those days when I dont want to take 100 pictures and edit them! I’d much rather spend time in the kitchen and keep cooking/baking and of course eating. Instead of thinking up compositions, lighting, photographing the result and then editing the whole bunch. 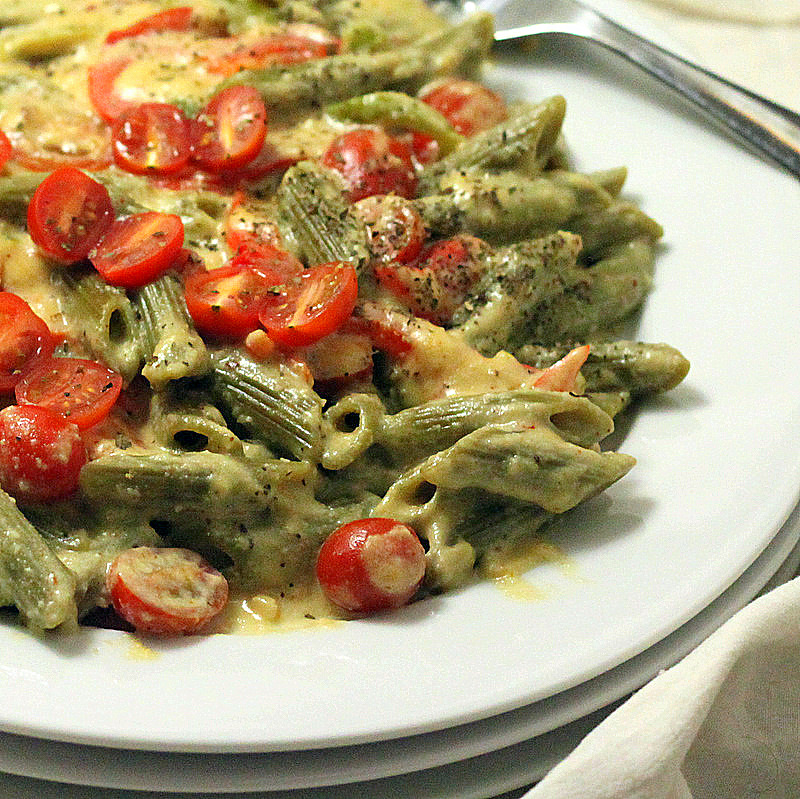 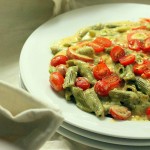 Print Recipe
No ratings yet

Nutritional values are based on one serving 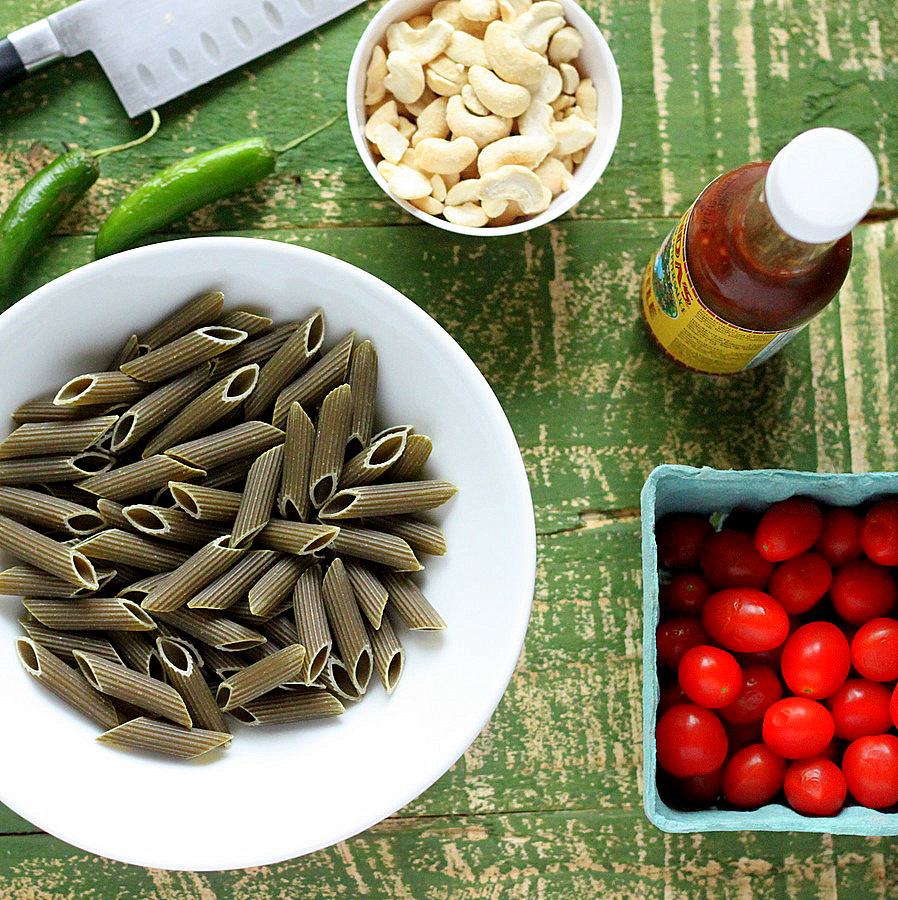 This pasta is heading to Slighlty Indulgent Tuesdays, Hearth and soul blog hop, Allergry Free Wednesday, Ricki’s Wellness Weekend.
On this delicious note, a must read “Clean your plate and save the world“
An estimated 30 percent to 50 percent of the food produced in the world goes uneaten.
The average American throws away 33 pounds of food each month. about a 5000$ per year.
33 million tons of food waste hit landfills and incinerators in 2010.
Eat small portions. Finish your food! Find ways to use up leftovers.
Growing up in a middle class household in India, we always knew the value of food, money, what we have and how to reuse, recycle, use, finish, what we use or eat. Throwing away is frowned upon. It is one of the lessons which takes a back seat as soon as you land into the consumeristic, everything more than needed kind of outlook. Eventually though, the good old lessons learnt while growing up, work best whether it comes to food or anything else in life. 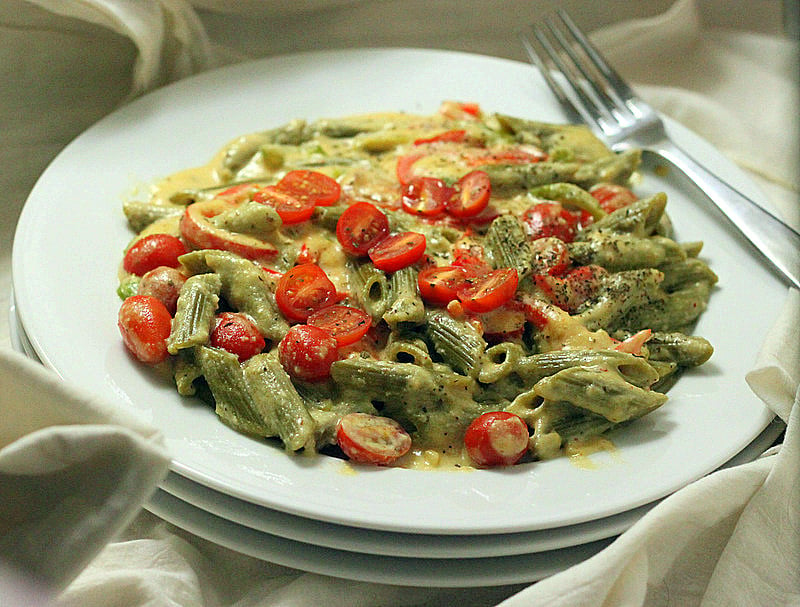