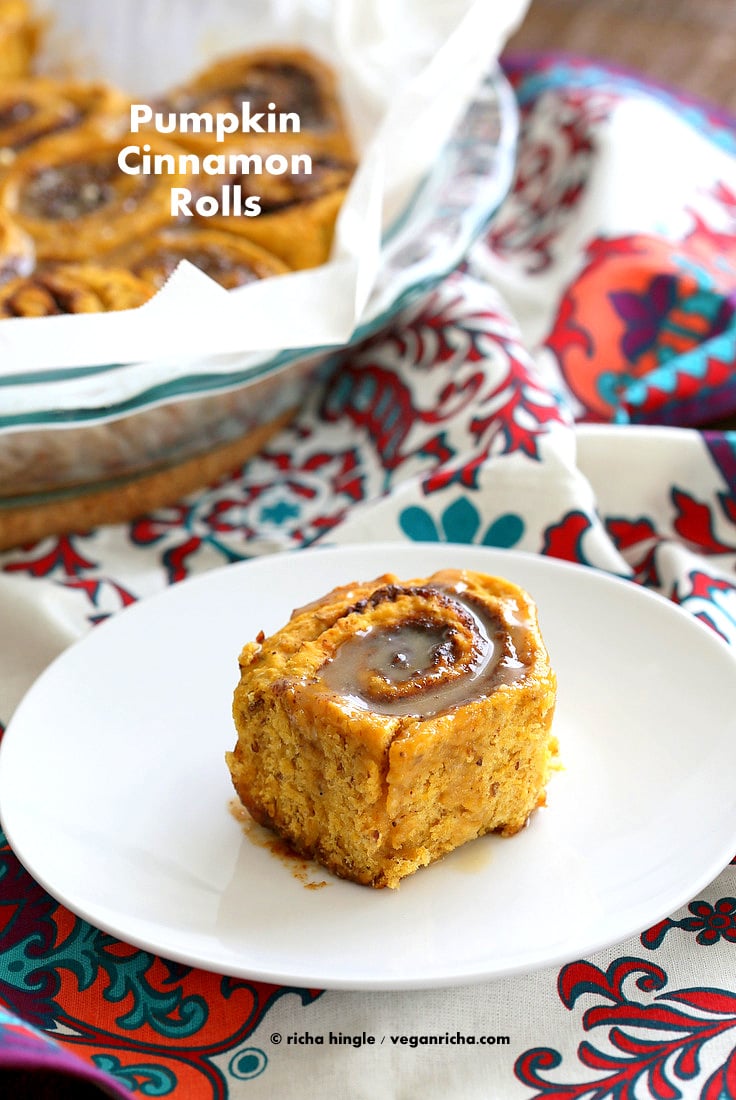 What’s fall without warm Pumpkin Cinnamon Rolls! A load of Pumpkin Pie Spice, pumpkin puree in these simple rolls, which are filled with coconut sugar and cinnamon and baked to a beautiful golden. Then glazed with a simple coconut milk + sugar glaze. Add pumpkin pie spice or lime juice to the glaze. I used lime juice to add a fresh flavor burst to the glaze. Use any other vegan cream cheese based glaze.

What fun Pumpkin Recipes are you making this fall!

Have an hour to spare per week and can edit videos on youtube, or make videos with images, text and sound? A very wonderful rescue and sanctuary needs your help to make new and polish old videos so they can be shared via social media. 1-2 hour per week work and that too not every week, from anywhere in the world. Ping me!

Believe you me, these Vegan Pumpkin Cinnamon Rolls will be a big hit! It has limited oil, it can be made without vegan butter/ palm oil and is awesome as is without the sugary glaze too! You can make it more decadent to preference with additional sugar or oil and more spice!. Add chopped pecans along with the sugar and cinnamon in the filling. Make some. This article on Time.com- A case against Eating Ethically Raised Meat.
This story of a Mama cow who wouldn’t leave her baby because the bonds of motherhood are the same in all species.
Vromage – a Vegan Cheese Shop opens in West Hollywood! So fun!
Moby’s piece on HuffPo about Saving the Humans because of environmental issues like dwindling supply of fresh water, grains, climate change etc. Place in greased or parchment lined baking pan. Let rise for 20  to 30 minutes. Take them out and immediately pour the glaze over. 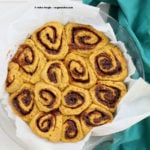 You can make these as decadent as you like with added vegan butter, more sugar in the filling etc.
Add chopped pecans to the filling
Nutritional values based on one serving 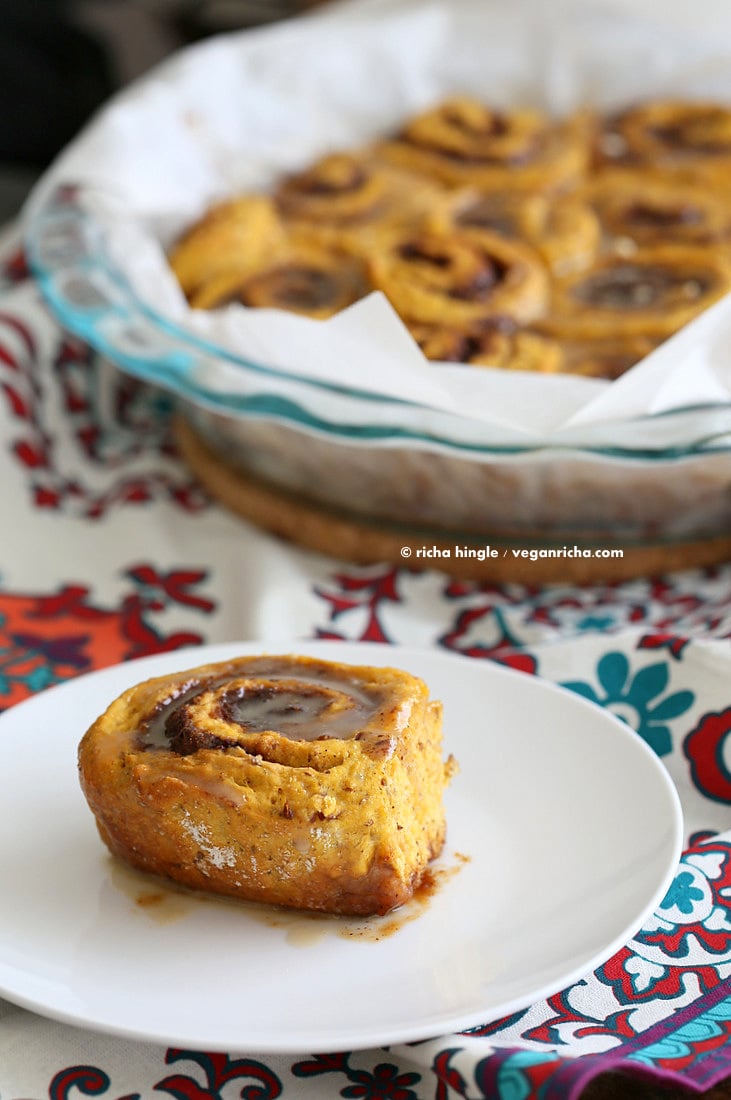 shared at VVP this week.