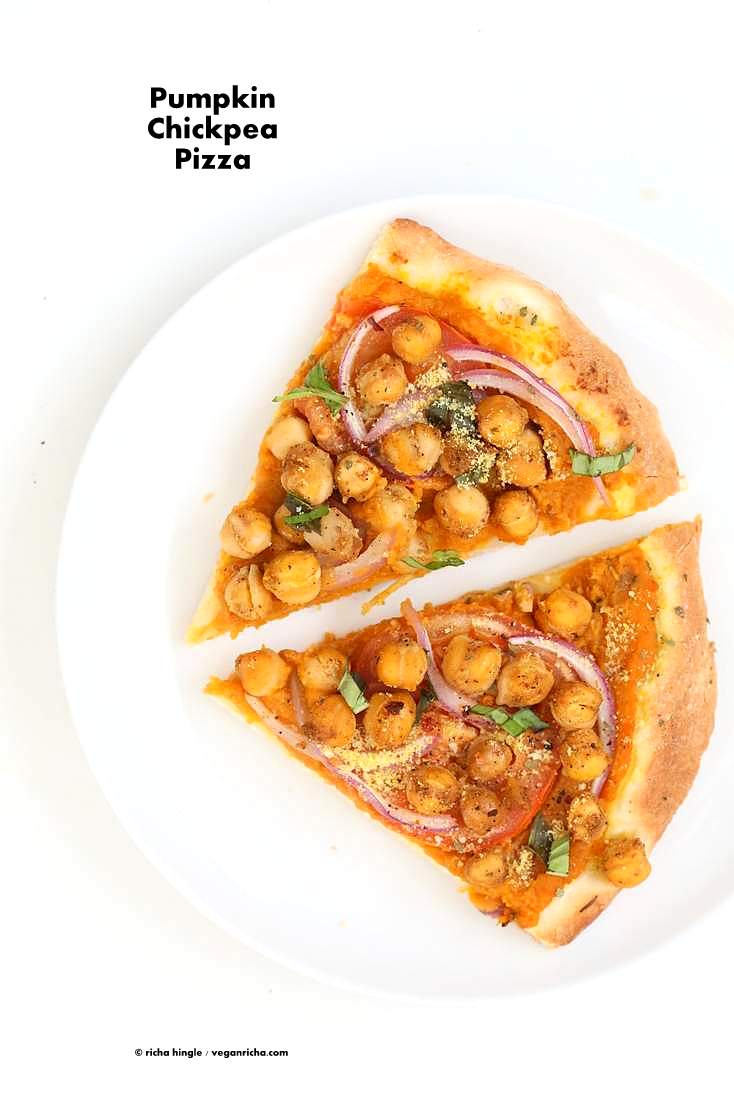 You can also use other squash purees, or mashed sweet potato (chickpea sweet potato Buddha bowl on a pizza!) and other spice combinations. I like pumpkin because I generally have a little puree left from other uses from a can of pumpkin puree which gets used up here. Or use a regular tomato based pizza sauce. I used my basic pizza dough that makes a soft rustic crust.

Whats your favorite way to use Pumpkin in Savory recipes? More Pizzas from the blog

There are many complex reasons for the cow slaughter ban/ beef ban currently happening in some states in India. Read this article to find out what plays into it and how animals are nowhere in the picture for such decisions. The ban does not apply to buffalo slaughter.

It is mind boggling some days to hear some of the community Gurus or other prominent people talking about how cow slaughter and eating beef is against the culture and not making the connection that India is the biggest exporter of beef (charts) (and the insanely large numbers of cows being slaughtered) because of the dairy industry! Also see this chart of the numbers over the years. Prep the pizza dough, shape and let it sit for a few minutes near the oven. Toss chickpeas in the spices and mix well. Mix italian herbs, salt and spices in the pumpkin puree and mix well. Chop up veggies. Layer the pumpkin sauce, veggies, chickpeas. There are a lot more chickpeas on the pictured pizza than needed, you know because chickpeas. Use less or more. 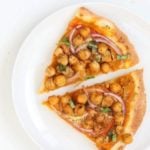 For the Pumpkin sauce:

For the spiced chickpeas:

Chao cheeses work well on the pizza too. Slice into thin strips and add before baking. Nutritional values based on one serving