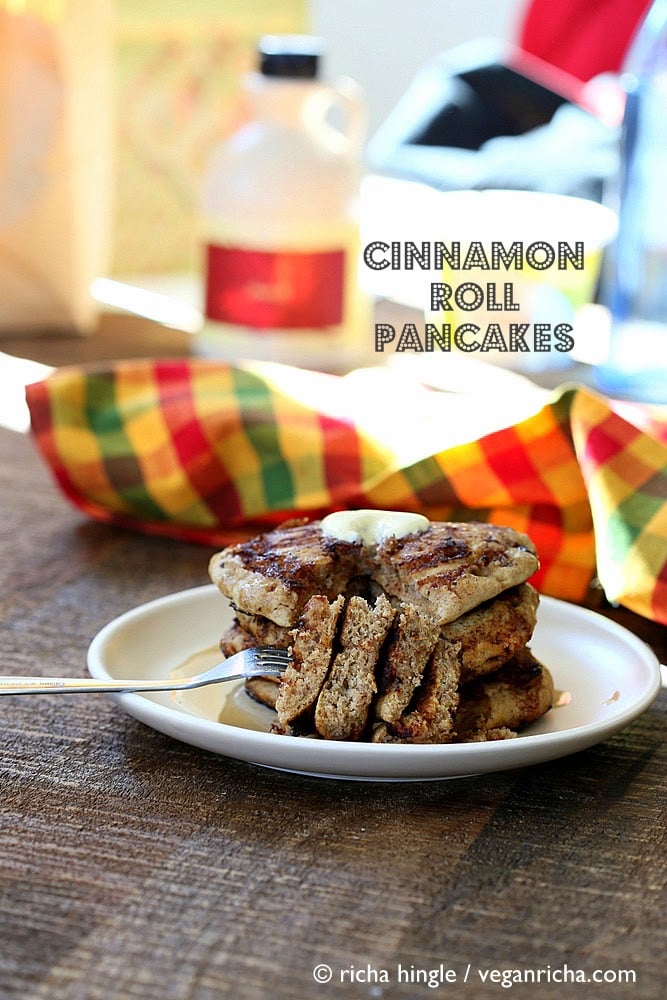 Another Vegan Month of Food Week begins,
In August when my parents were visiting, I wanted to make some lemony blueberry pancakes for them. I tried a few recipes for the mix online with varied and not good enough results. So I made my own mix with Spelt, Rye/barley/kamut, flaxmeal and almond flour.

What did I make with the mix… Cinnamon Roll Pancakes! My baked Cinnamon rolls are gorgeous, delicious, tried and tested too, but I dont have the time to bake the rolls on weekday mornings. So as well use the cinnamony goodness in pancakes. Make a thick cinnamon sugar filling mixture and pipe it onto the pancakes. Dont worry if those circles are not pretty. Mine aren’t either, since I used a spoon to make them instead of a ziplock baggie. They all taste awesome! Top with maple or coconut cream. 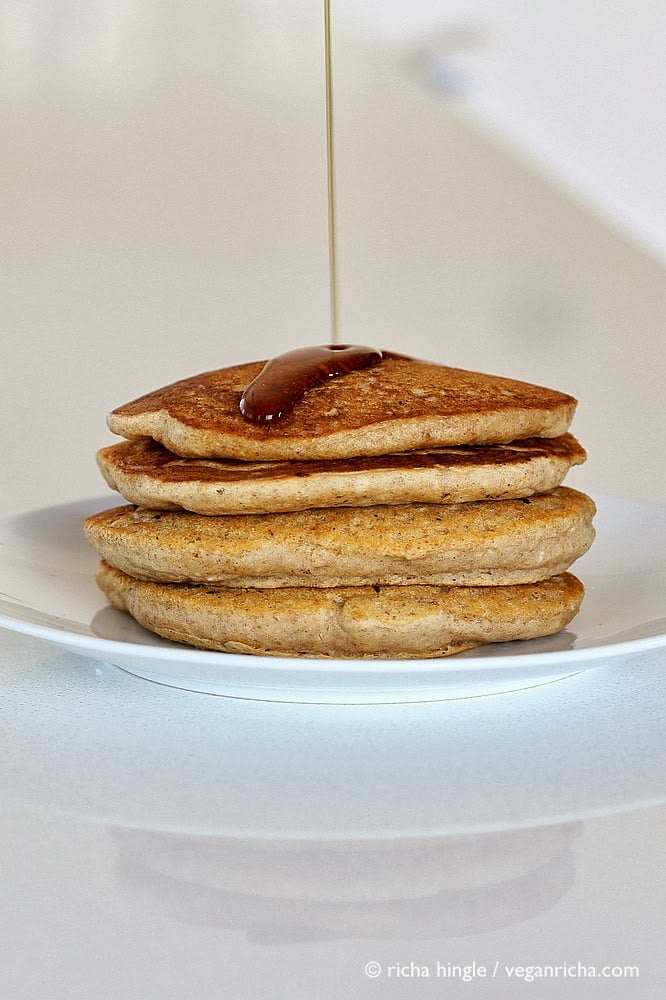 Surprisingly I have very few pancakes recipes on the blog. I make more French Toasts than pancakes. Though the recipes of both are easily interchangeable.
For Cinnamon roll French Toasts, make a thinner batter with the pancake mix. Make swirls with the filling on one side, pan fry and serve. yum.
More pancakes from the blog…
Tiramisu pancakes
Samoa French Toasts and Molten Chocolate French Toasts
Tiramisu French toasts
Coconut Crusted Baked French Toasts
Savory Chickpea Flour Pancakes with Cauliflower and Mushrooms 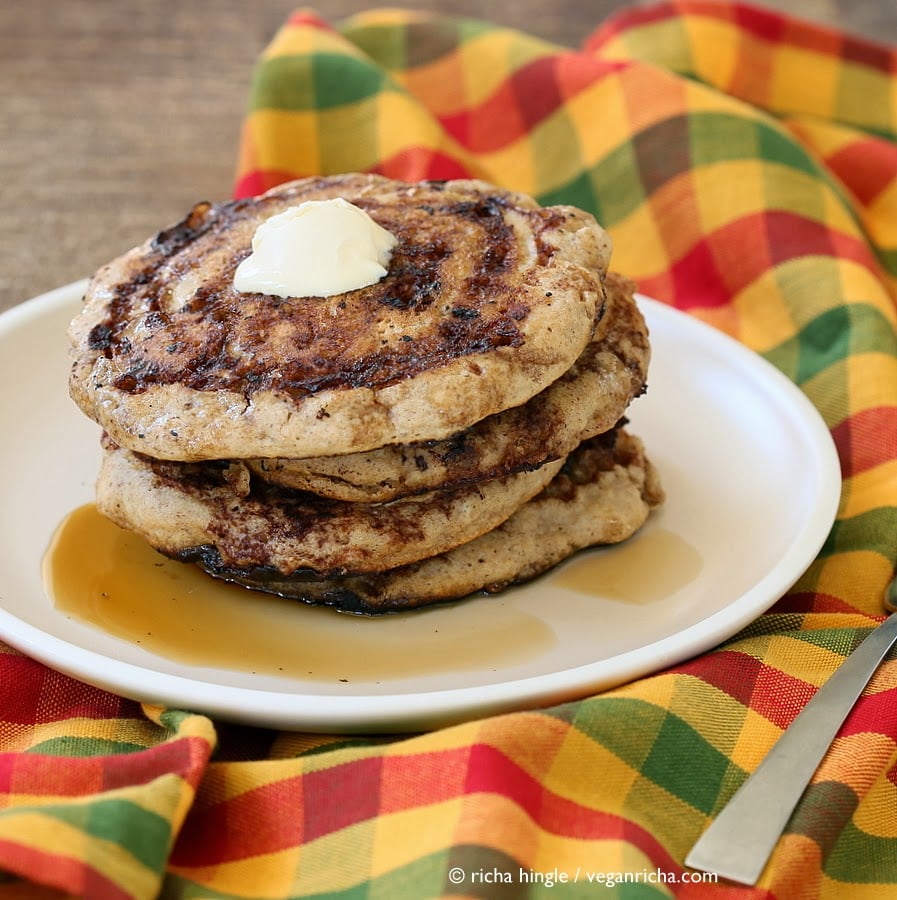 Steps:
Mix all the ingredients of the pancake mix and keep in an airtight container. 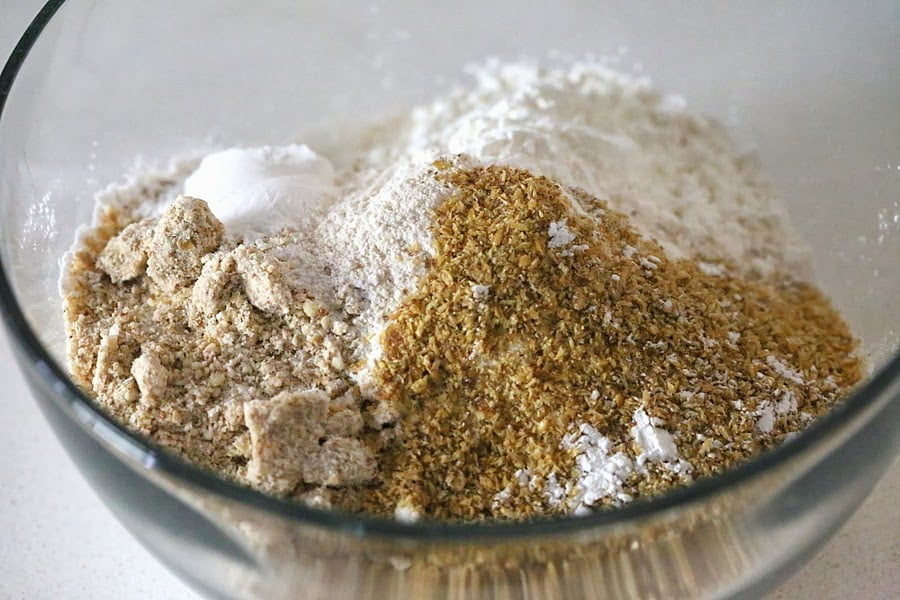 Take a cup of the mix, add the wet ingredients and cinnamon.
Drop ladle full of the batter and after about a minute, make circles with the cinnamon sugar mixture. 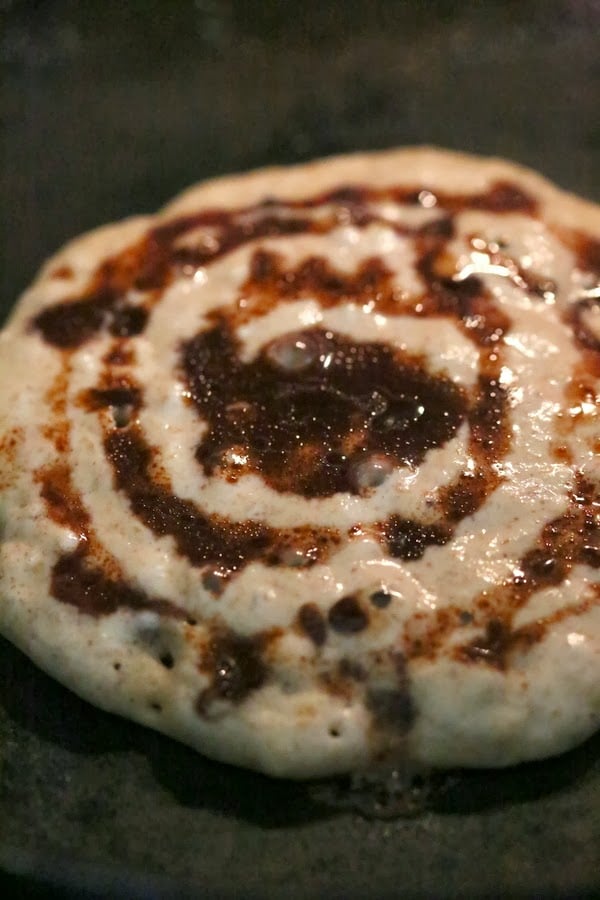 Flip, cook the other side.
Stack and Serve hot topped with maple syrup and a dollop of Earth balance. 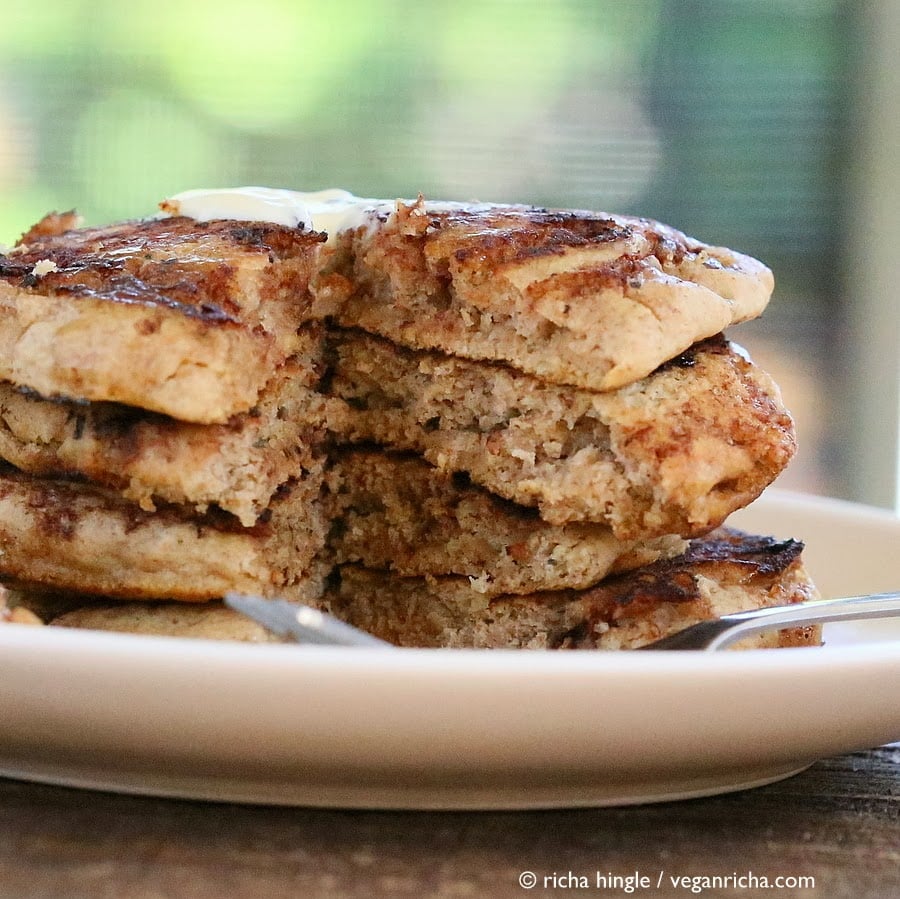 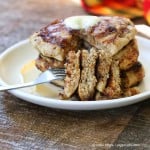 For the Multi-grain Pancake mix: Makes about 3 servings of 4-5 pancakes

For the Cinnamon sugar filling

Notes: For plain pancakes, mix everything under Cinnamon roll Pancakes, except cinnamon and use batter.   Gluten-free Pancake Blend here   Nutritional information based on one serving of 4 to 5 pancakes 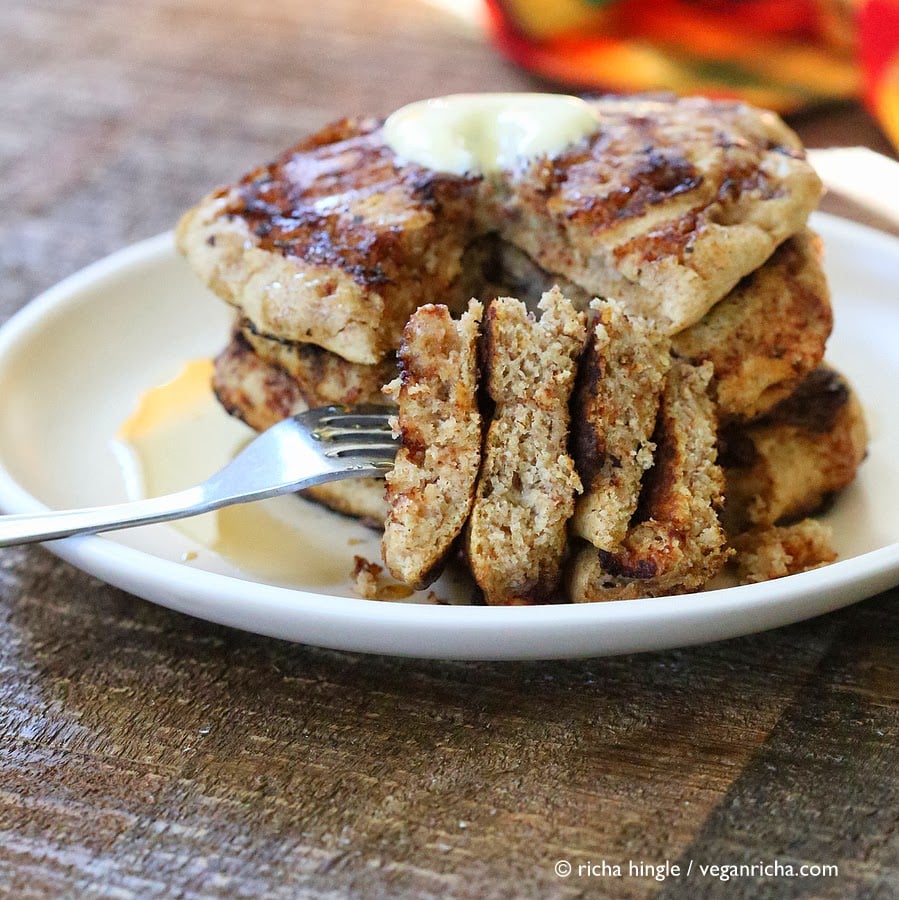