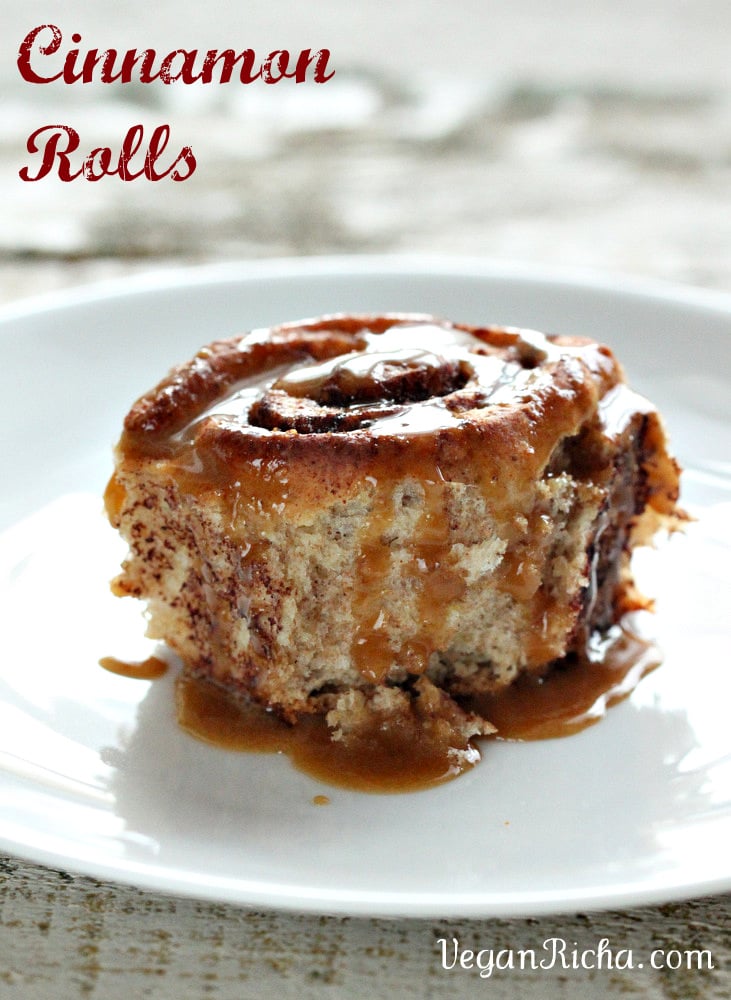 Say Hello to some Vegan Cinnamon Rolls! The best ever Cinnamon buns/rolls which are not floating in butter and sugar. These addictive rolls are somewhat healthy, made with wheat, bread and cashew flour and limited oil/butter.

There is obviously the sugar, which I like on the less side. But they still make for a not too decadent of a breakfast. You need to make these beauties right away!

They are also almost no-knead and require only 1 rise. They work well both with or without icing. These cinnamon rolls are pull apart, crowded up in a cake pan. So you will definitely get more than 1 when you try to tear them apart. I say more the merrier.

How I like them, is straight out of the oven with no icing. All that fresh bread and the fresh cinnamon scent are enough to make me anyone weak knee-ed:) Hubbs can’t have enough of these either. Both me and hubby choose icing free options even when we pick up doughnuts or cinnamon rolls anywhere. Most days the super sweet icing hurts my teeth:) Feel free to add more sugar to your taste though.

These Vegan Cinnamon Rolls are EVERYTHING!  I make the vegan yeasted dough, then roll it out to make the cinnamon buns. They rise only once in the cake pan and are baked after the rise. You can let the dough rise for an hour and then punch it down and make the rolls. 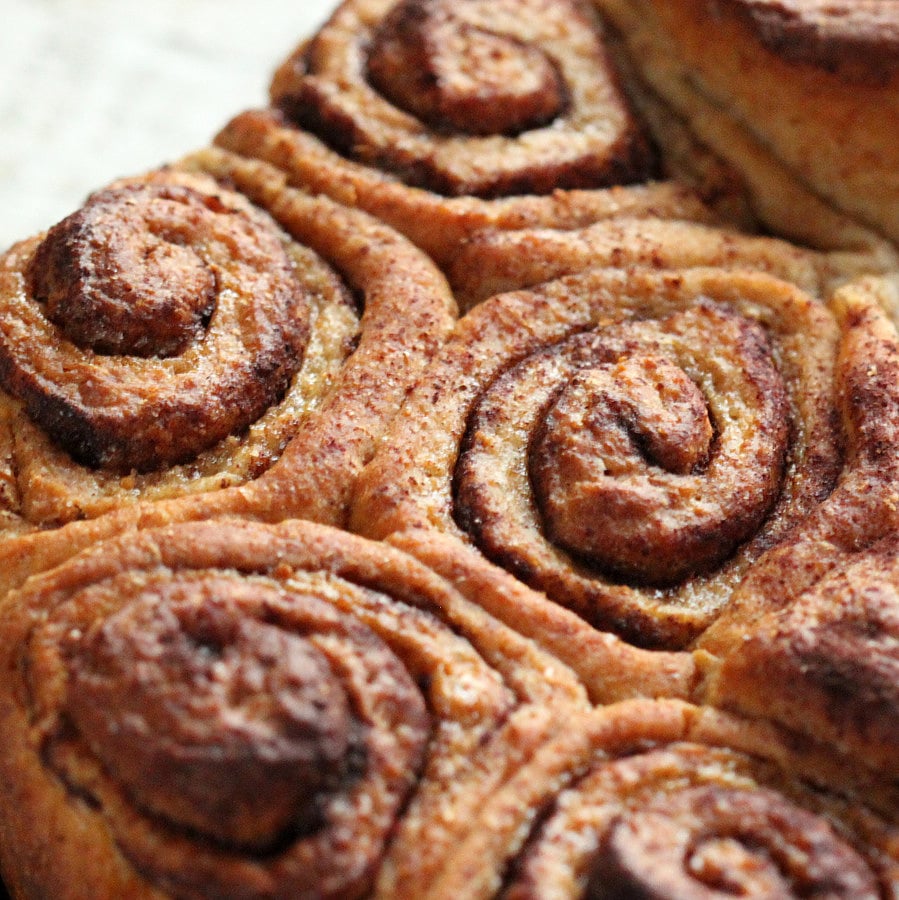 How to make Vegan Cinnamon Rolls with Step by Step Photos:

In a large bowl, add warm water, 1 tablespoon sugar, yeast, flax meal. mix and let sit for 5 minutes. Finally, put the camera on a stand in the kitchen. 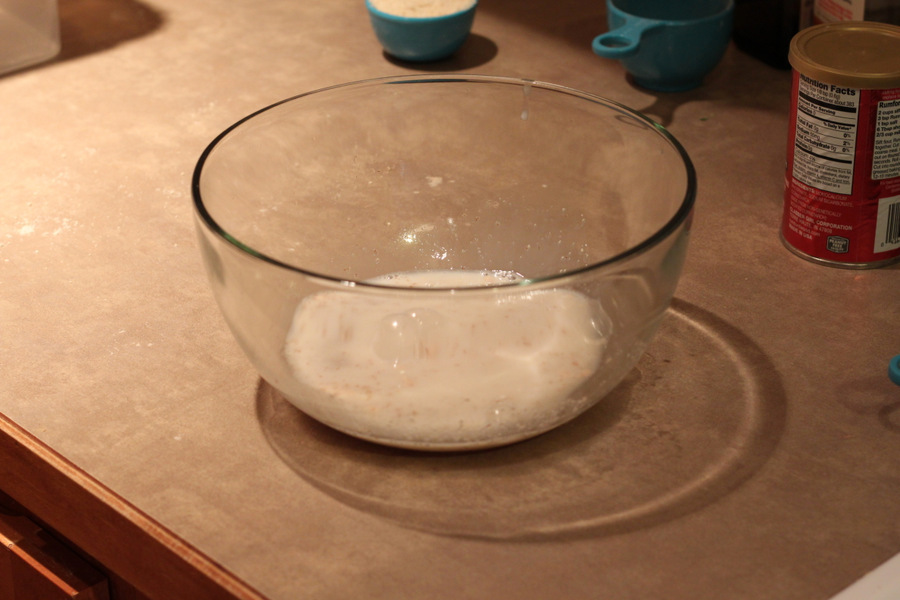 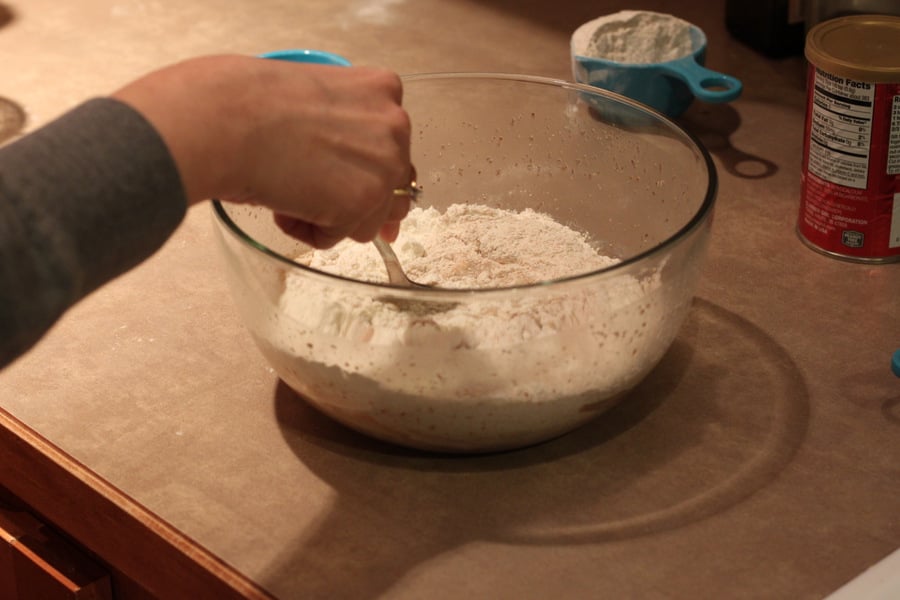 Mix with a spoon, then knead for 2 minutes to form a not too sticky dough. 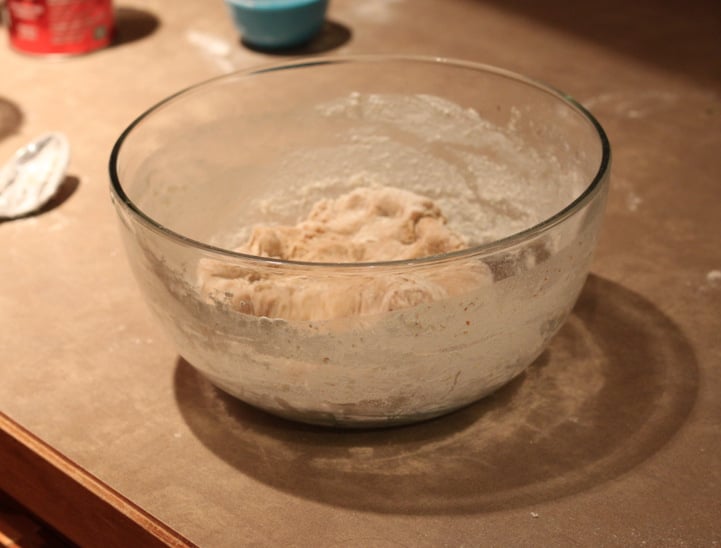 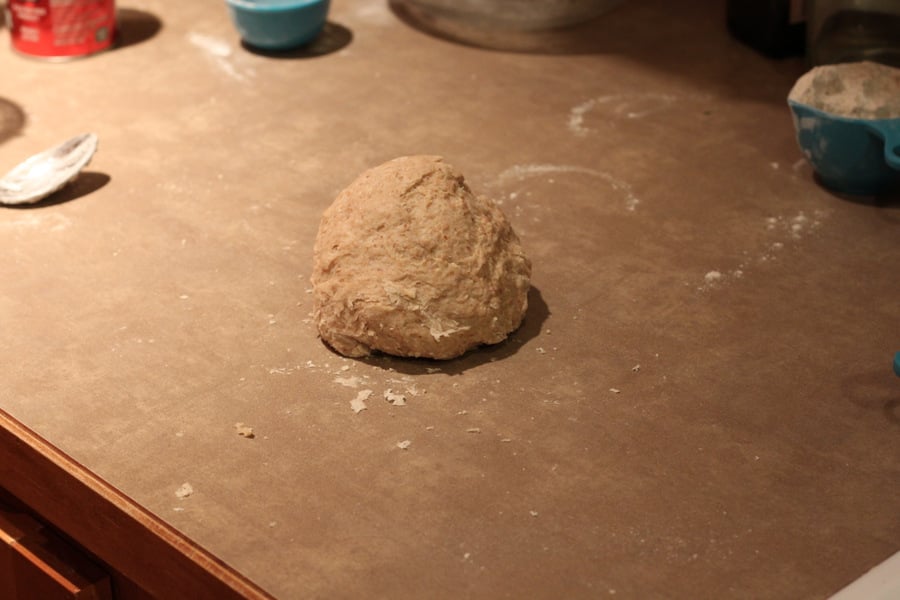 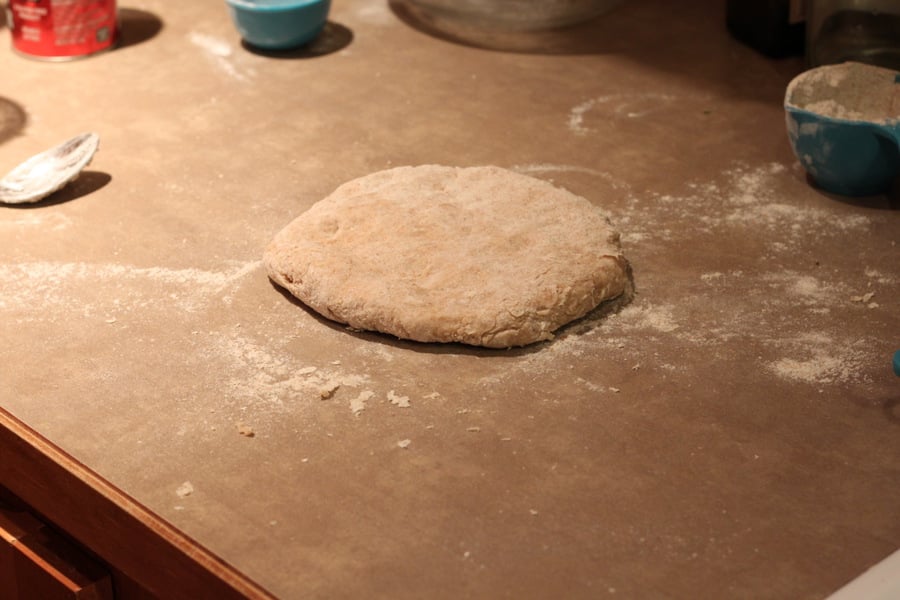 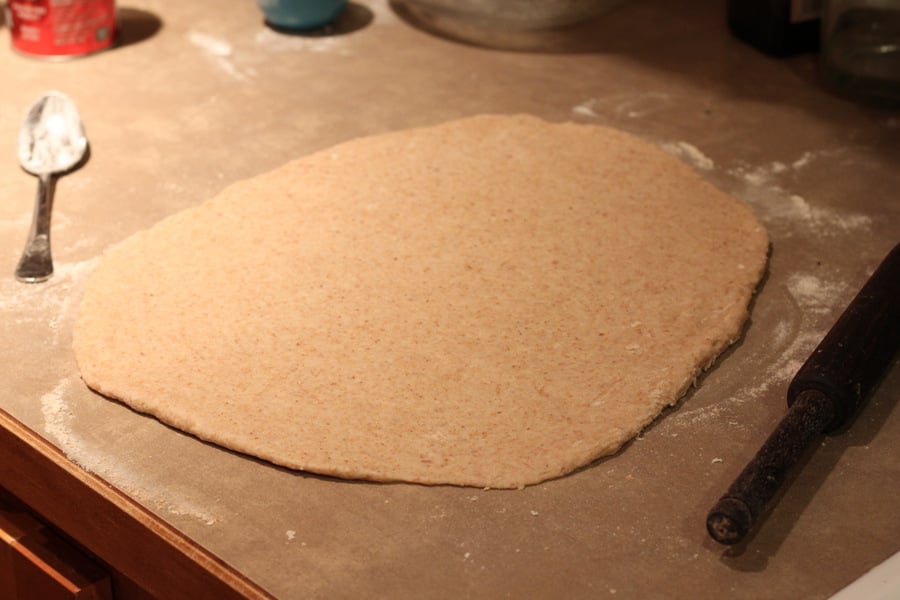 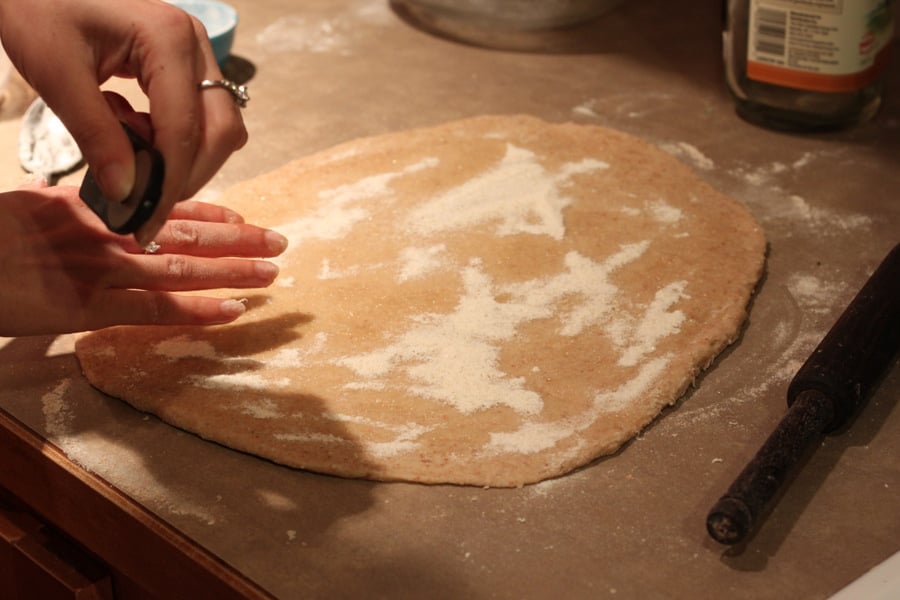 Sprinkle as much cinnamon as you like. Really sprinkle a lot more.:) 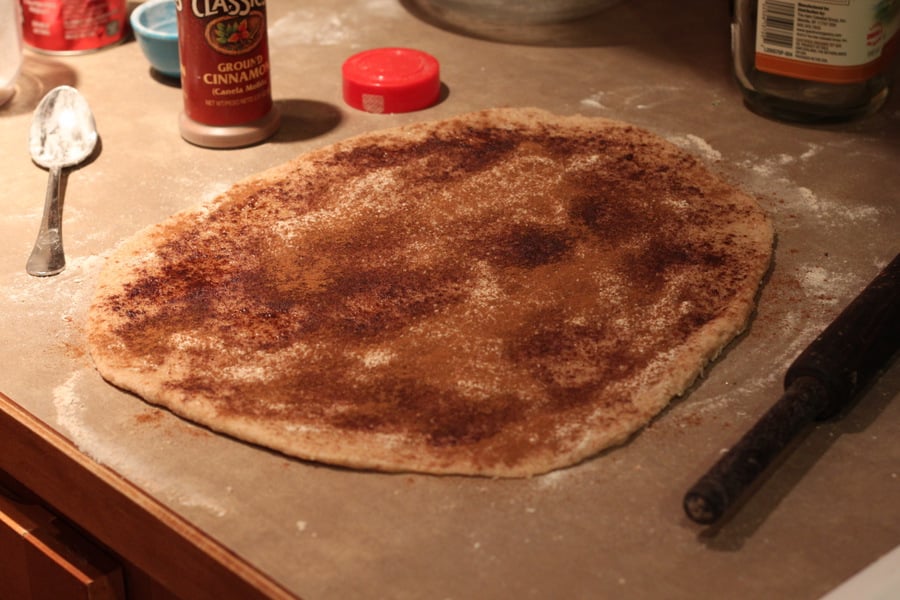 Roll up the cinnamon rolls and seal the edges. 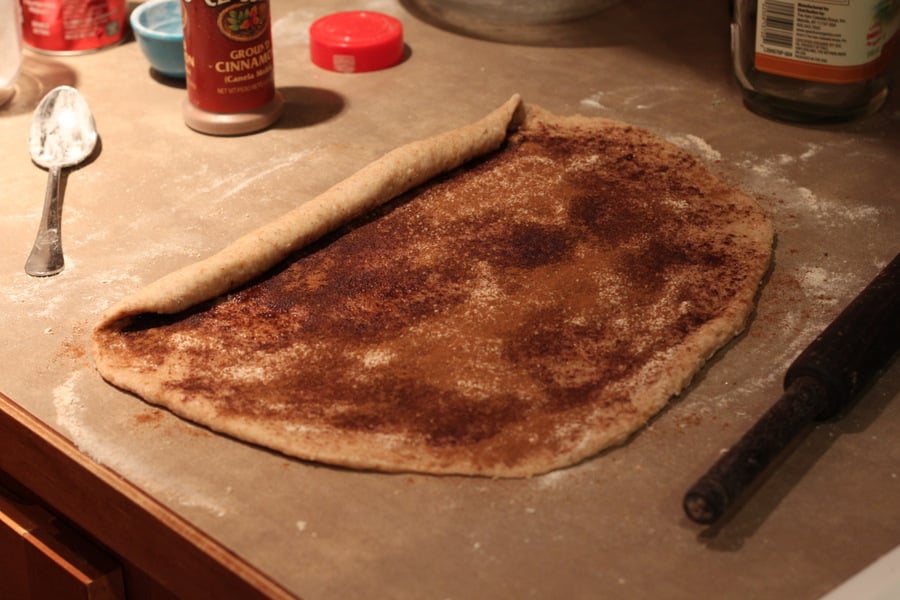 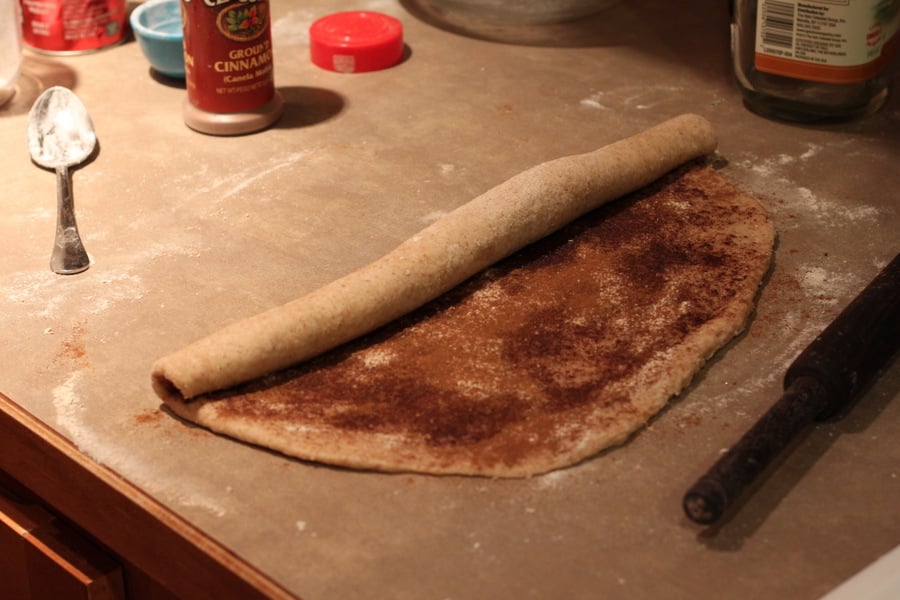 Cup up the rolls an inch wide into about 12 or more pieces. 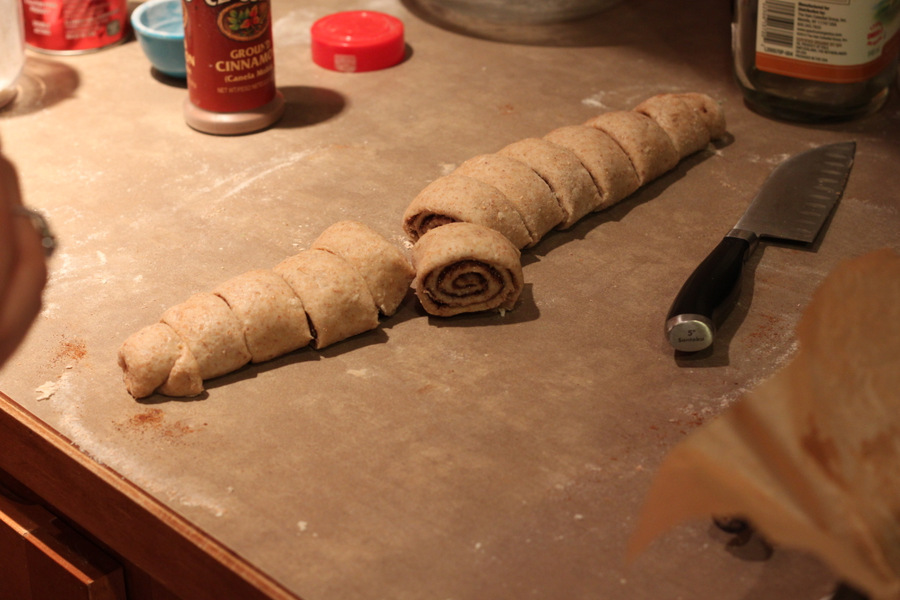 Dip each roll bottom in some flour and place on parchment-lined or greased cake pan. This helps seal the oil and sugar in the roll reducing the bottom mess. Yes, I use my parchment to death:) 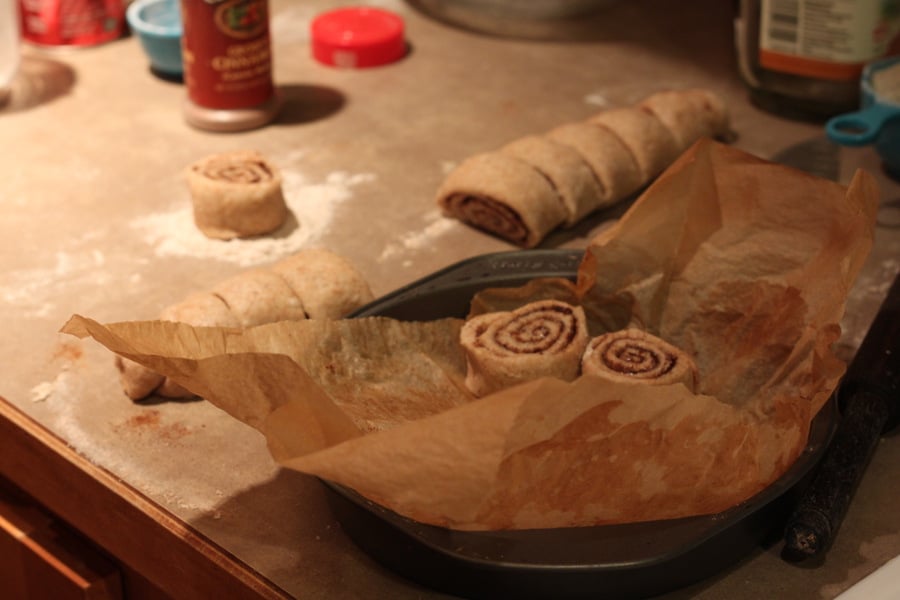 The 12 rolls will fit an 8-inch cake pan with some space between them.
Spray water on top and lightly cover the pan with a towel. 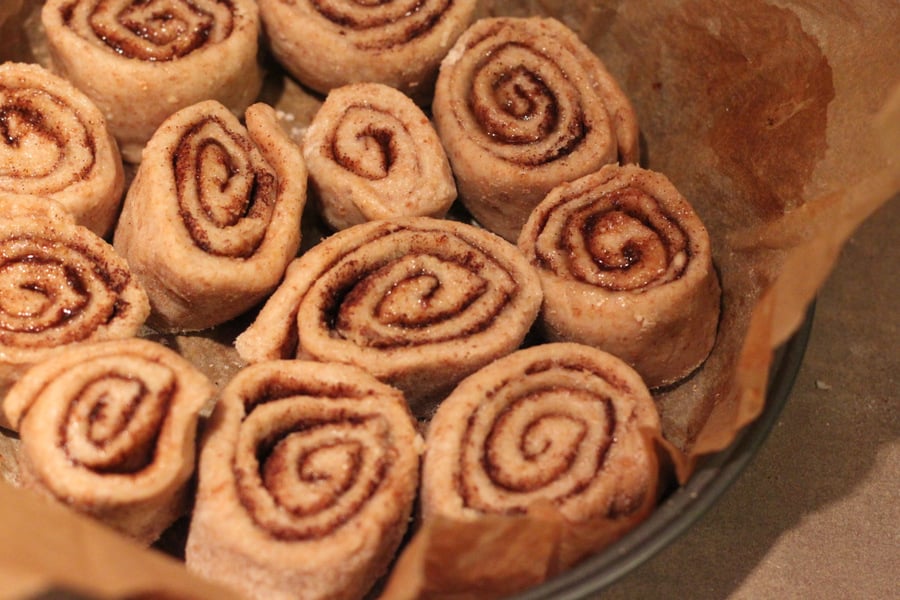 Let it rise for 40-45 minutes in a warm place until most of the space is filled up by the rising rolls. 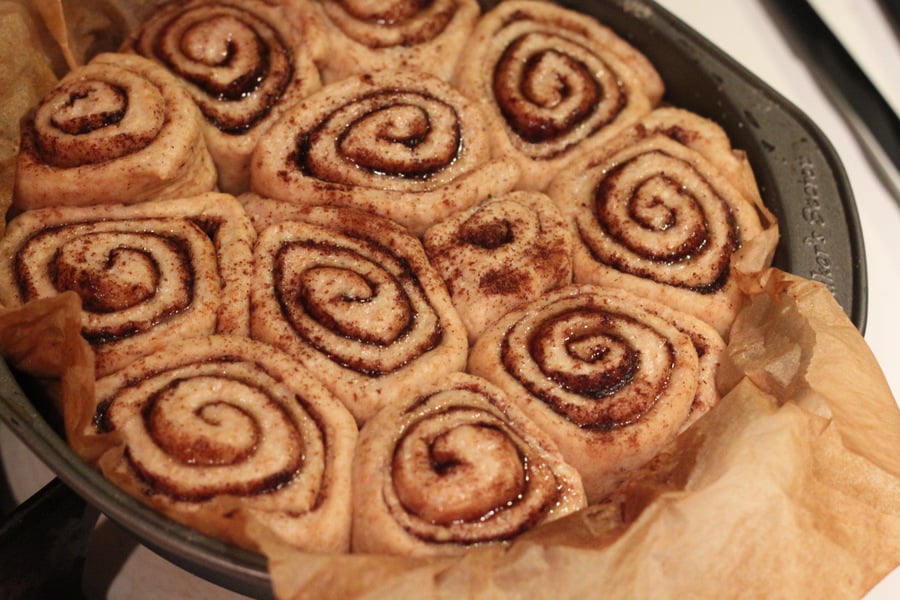 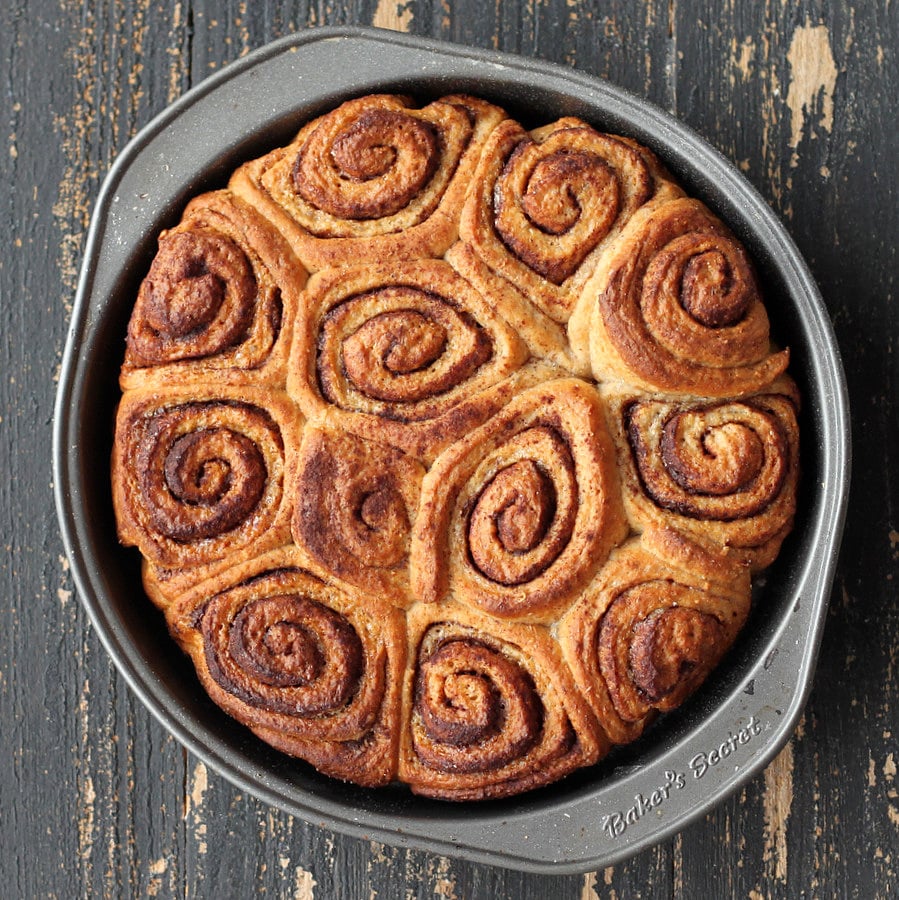 Mix all ingredients of the Icing. Drizzle or dip in the rolls. 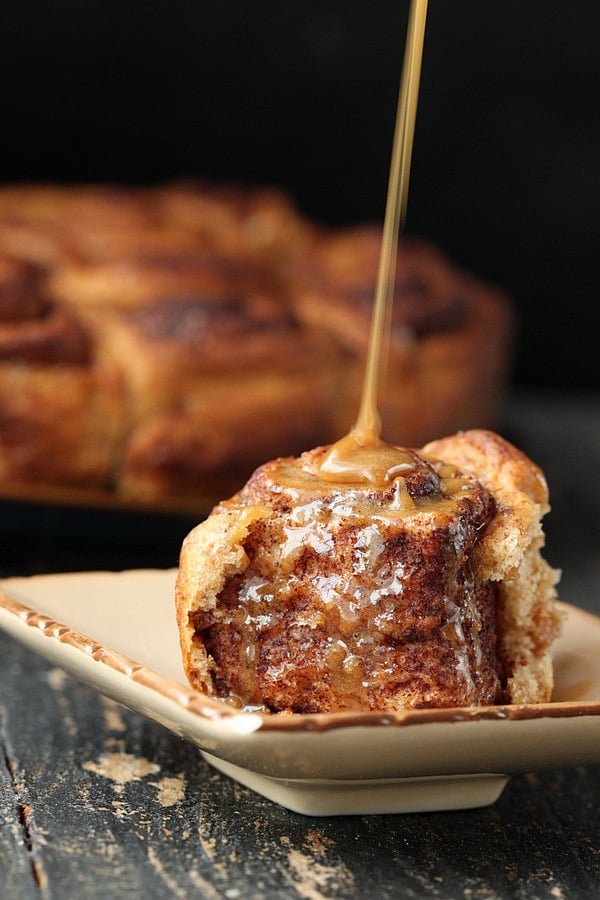 You don’t know how difficult it was to take the pictures with the fresh rolls wanting to get in my tummy.
Eat me! 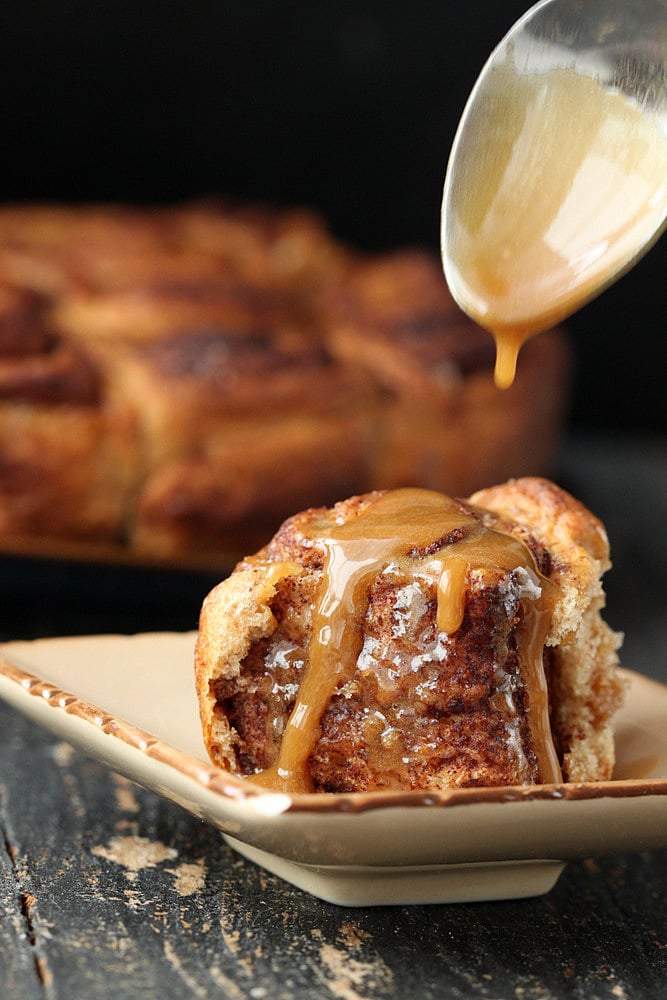 Can these be frozen?

I haven’t tried it but I have seen people freeze the dough after the first rise. Then thaw, make rolls and let rise on the counter and bake.

More recipes from the blog:

In other news, The Vegan Woman is setting up the 2013 Vegan Food blog guide. Please send in your recommendations here.

Anyone who sends in a recommendation can win The Sexy Vegan cookbooks, subscription to Colleen – Patrick Goudreau’s 30-day challenge and more! If you like this blog, please send in one for me too.:) 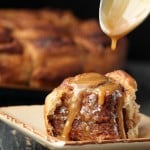 Editor’s Note: This post was originally published in March 2013 and has been updated for accuracy and comprehensiveness in October 2019. 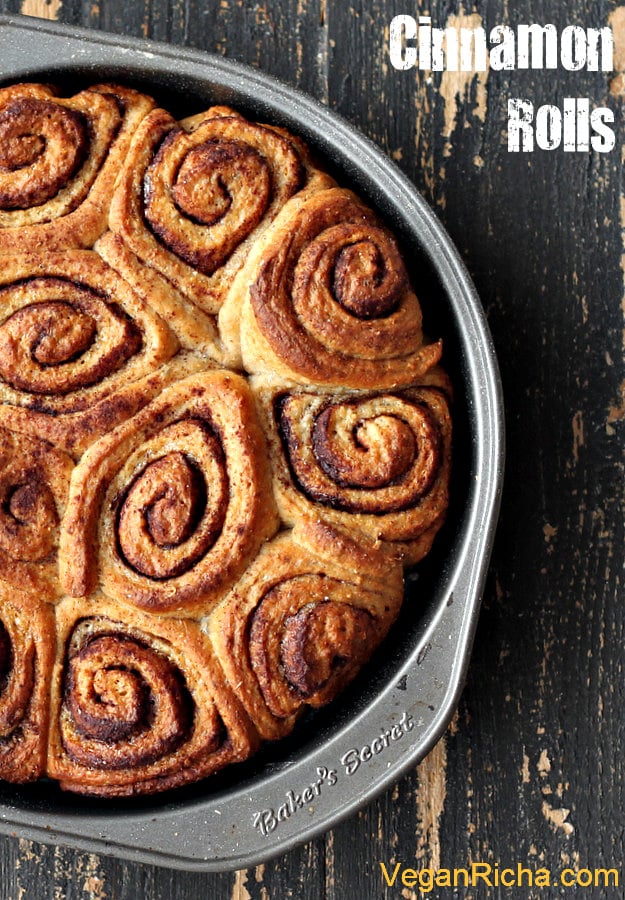