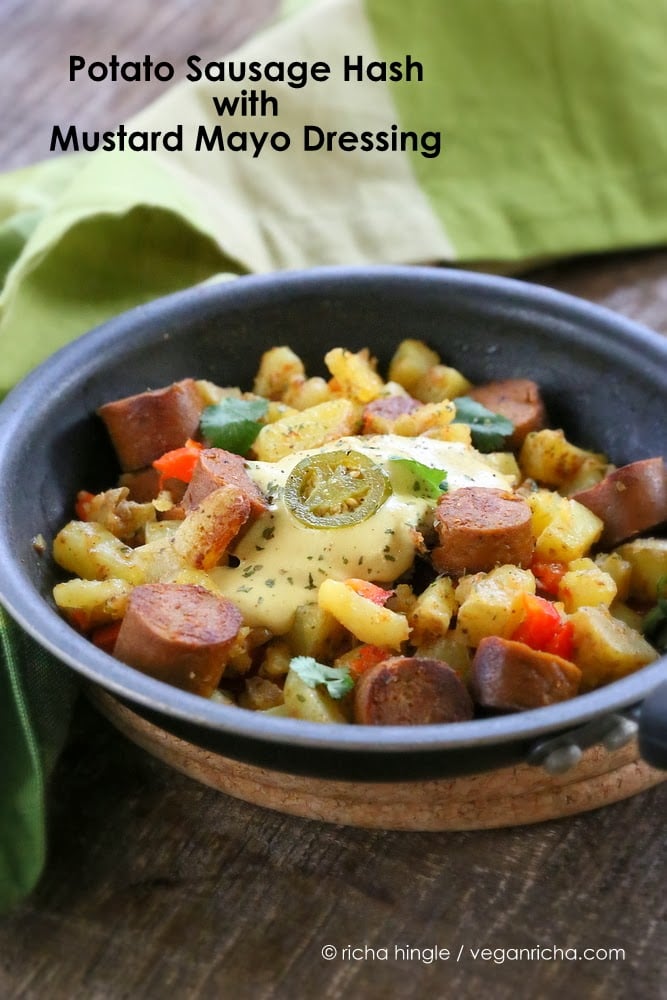 Every once in a long while, hubbs picks up some vegan goodies to try and I need to figure out how and where to use them to finish them up! Field Roast Sausages ended up in the refrigerator like that. I discovered them two weeks after they were put in there. The refrigerator can eat up things some times you know:).

I have never eaten or tasted any pig products, bacon or even sausages. But hubbs has tasted or eaten some. I fall in the category where I don’t like the texture and taste of fake meats now, because well they remind me of meat/chicken. Hubbs however used to love meaty food and the umami that comes with it. We both eat plant-based and have our own reasons to be vegan. But that doesnt mean that we gave up meat/dairy because we did not like it. We did for ethical reasons and for the environment and the planet. This is a question that gets frequently asked. Why do vegans want to eat fake meat or cheese?. it is because some of us do like the taste of the things but would rather eat a plant based version of it. I don’t like fake meats, but I do like cheesy vegan options.

So back to the sausages. I made some hot dog sandwiches for him one night and there were still a few left to finish. I remembered seeing sausage and potato hashes at our old favorite breakfast place. Hence this hash. I picked and ate half the potatoes;) 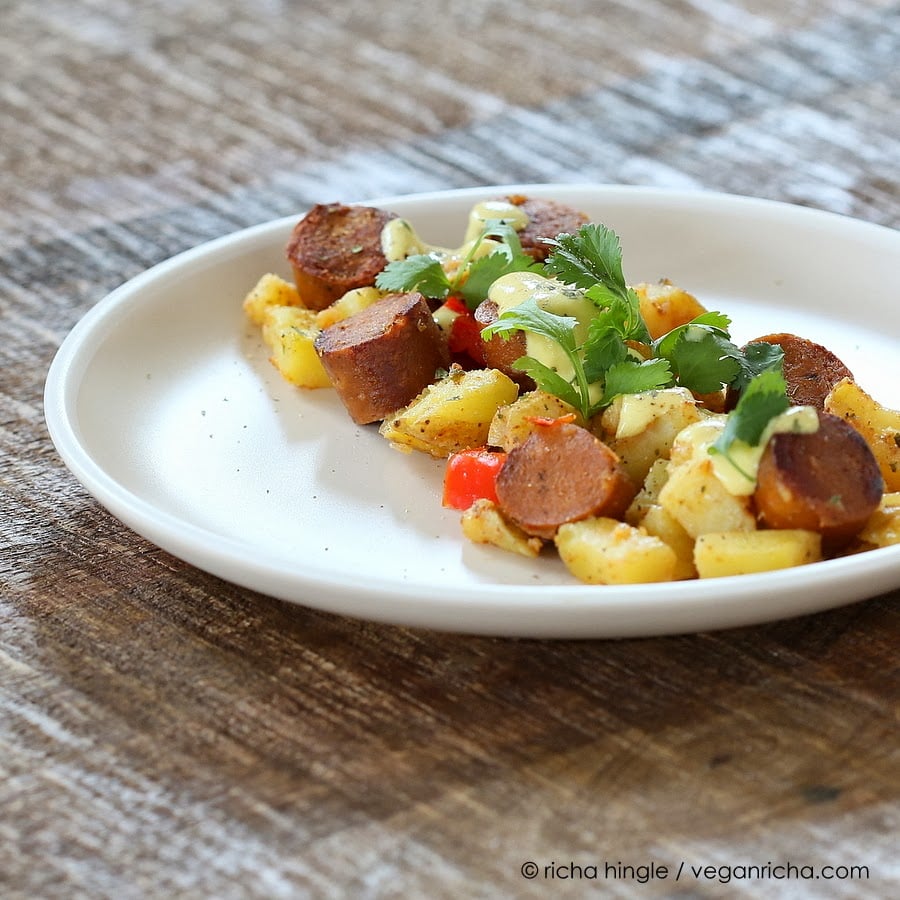 In other news, I started a Vegan Indian PNW Meet up. If you are Indian or interested in Indian food and culture, join us for potlucks and events here. 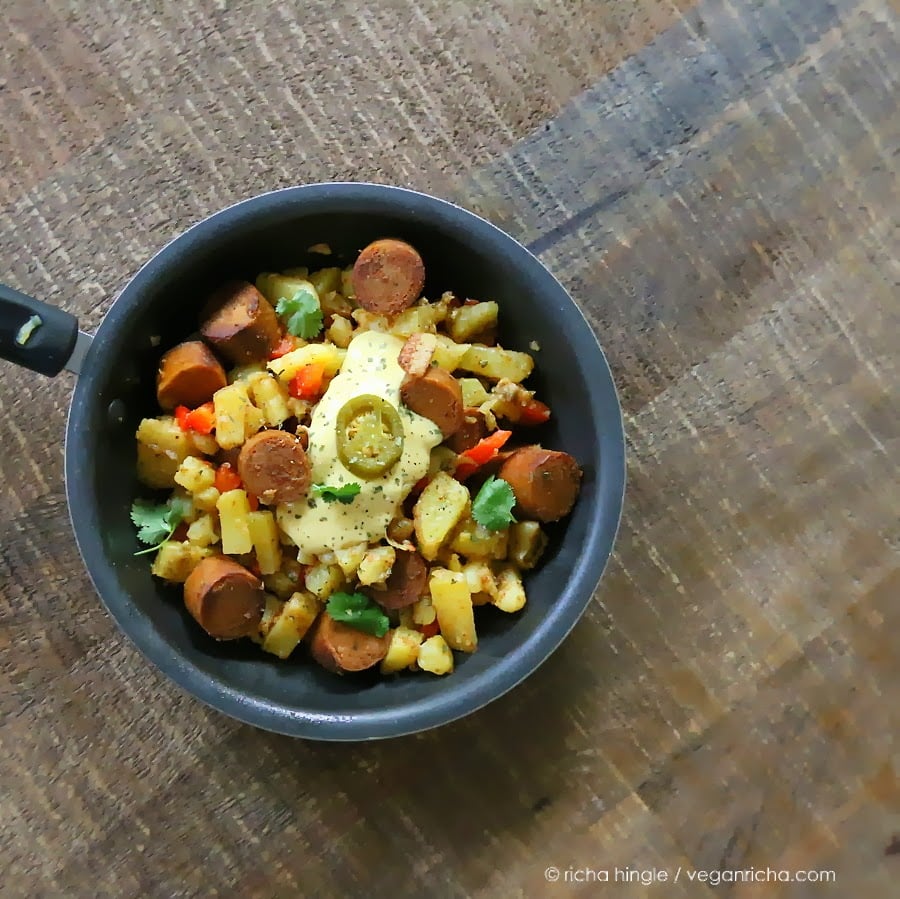 Method:
Whisk all the ingredients for the dressing and keep ready.
In a pan, add oil and heat on low-medium heat. Add potatoes, toss, cover and cook for 10-12 minutes until potatoes are tender crisp. Stir once in between. In another small pan, add a tsp of oil and heat on medium. Add the sausage and cook until brown on the edges. Add the bell pepper and sausage to the potatoes. Add salt and spices and mix well. Cook without cover for another 10 minutes. Stir 2-3 times in between. Check to see if potatoes are done. Add lemon juice and black pepper and serve hot with a dollop of the mustard mayo, cilantro and pickles or pickled jalapeno. 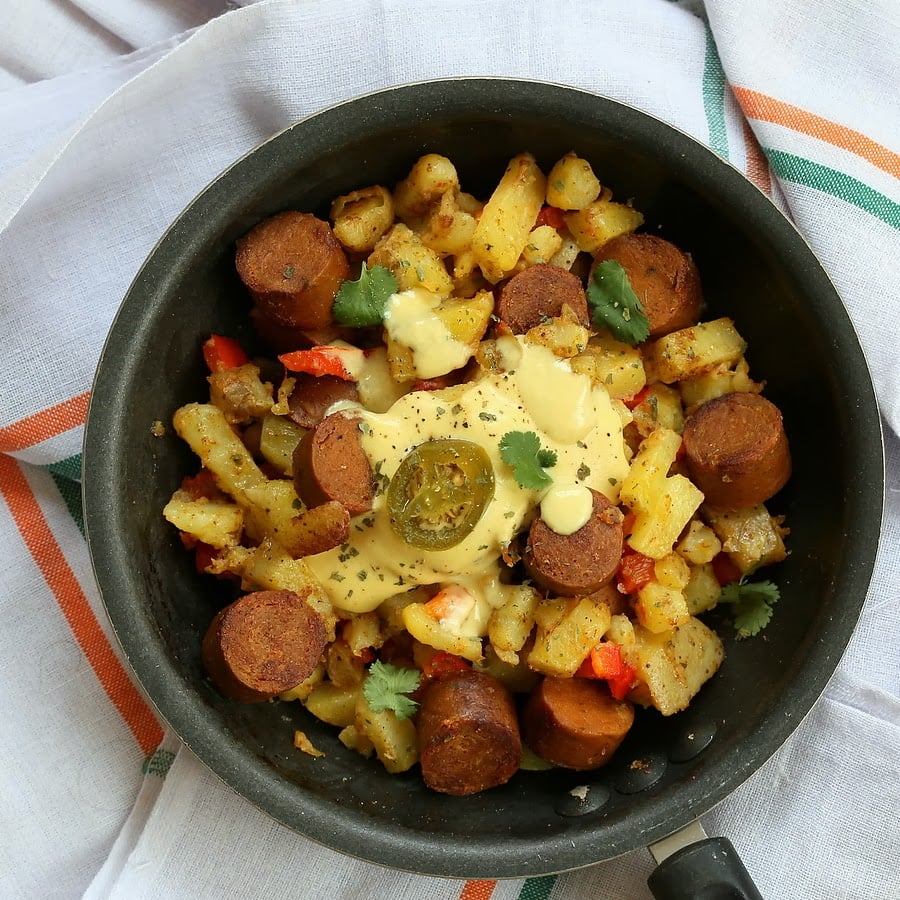 This hash is being shared at Allergy Free Wednesdays 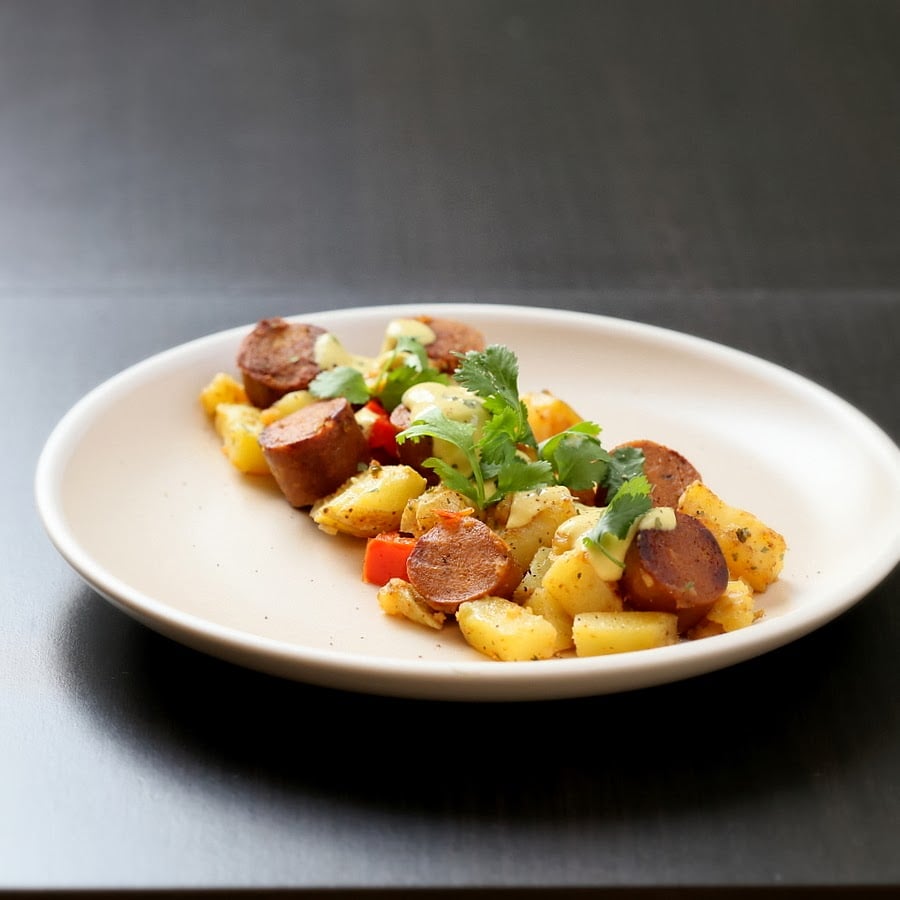