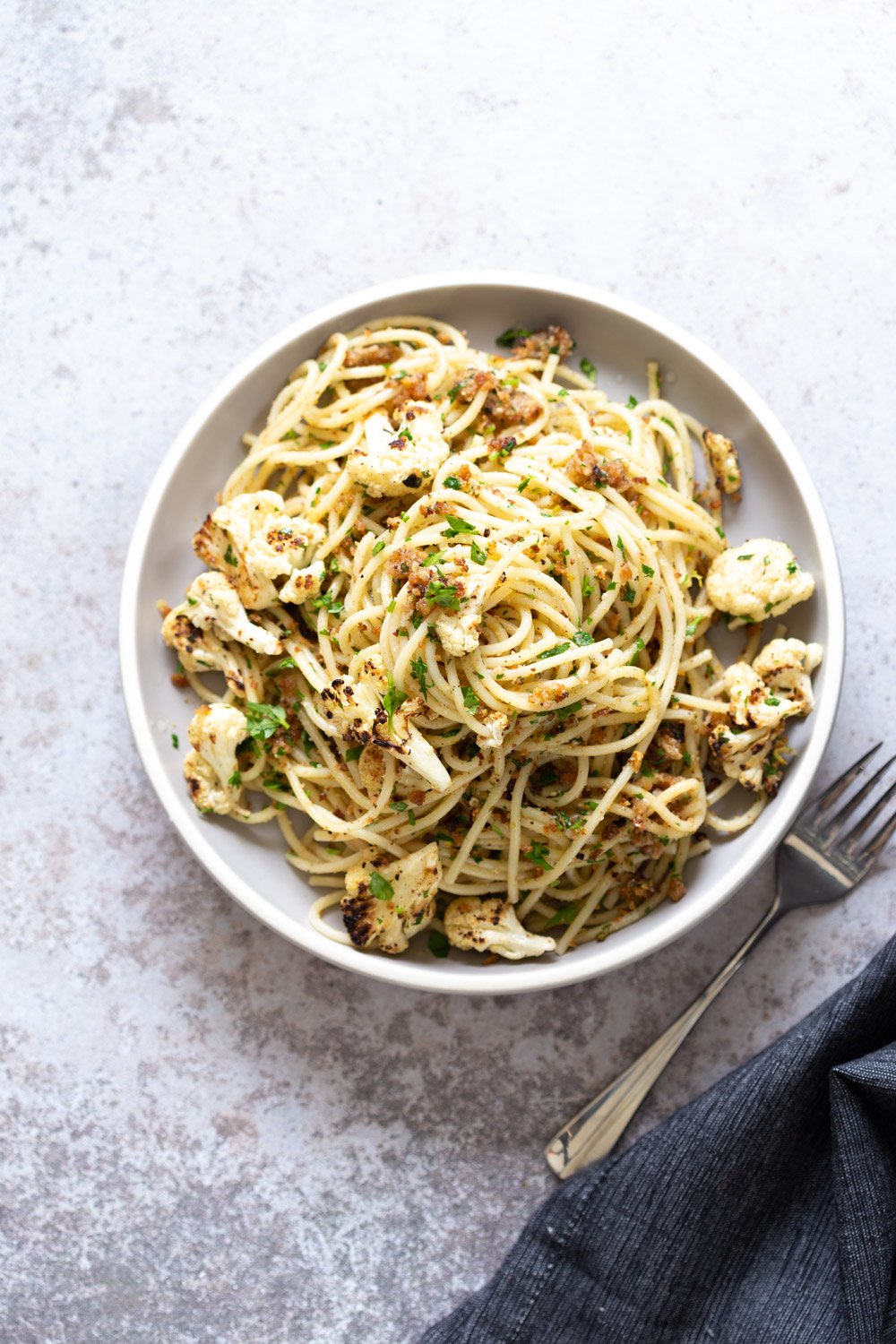 I had been eyeing Mario batali’s toasted breadcrumb spaghetti when I first happened upon it. The toasty garlic and breadcrumb idea was intriguing. I changed up the process to toast the breadcrumbs and garlic together. The flavor of the mix is enhanced with some lemon zest and pepper instead of cheese. The dish gets rounded up with some blistered cauliflower that enhances the toastyness and balances the garlic and parsley.

I use fresh bread for breadcrumbs in this dish as the breadcrumbs are tastier, less dry and absorb a lot more flavor. Be generous with the garlic, breadcrumbs, toasting time and parsley or other favorite fresh herb! Lets make it. 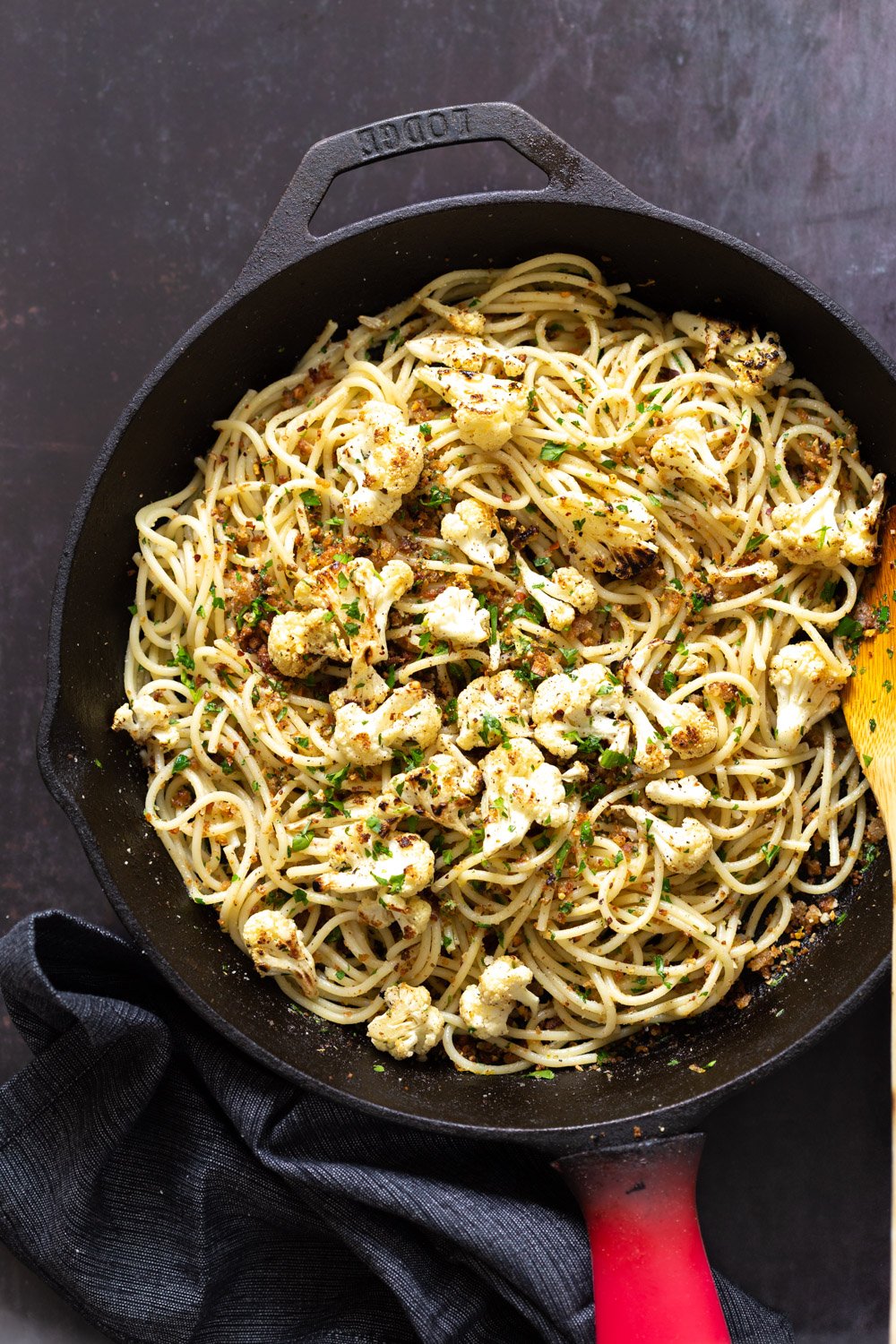 Assemble the ingredients. Cook the spaghetti according to instructions on package. Pulse day old bread in a food processor to make breadcrumbs.

Cook the cauliflower on the skillet until brown on some edges. Then cover and cook for 2 mins to steam. 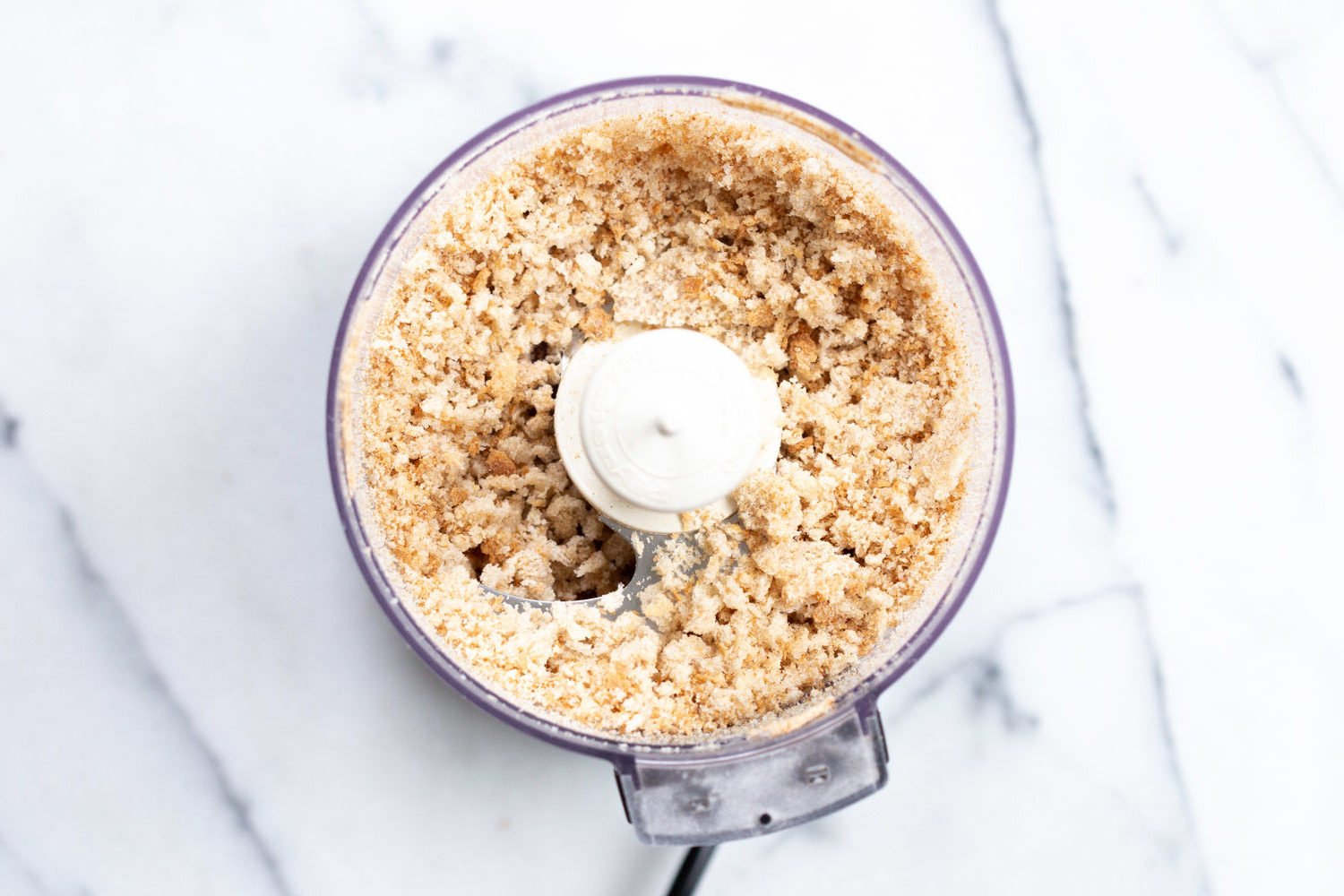 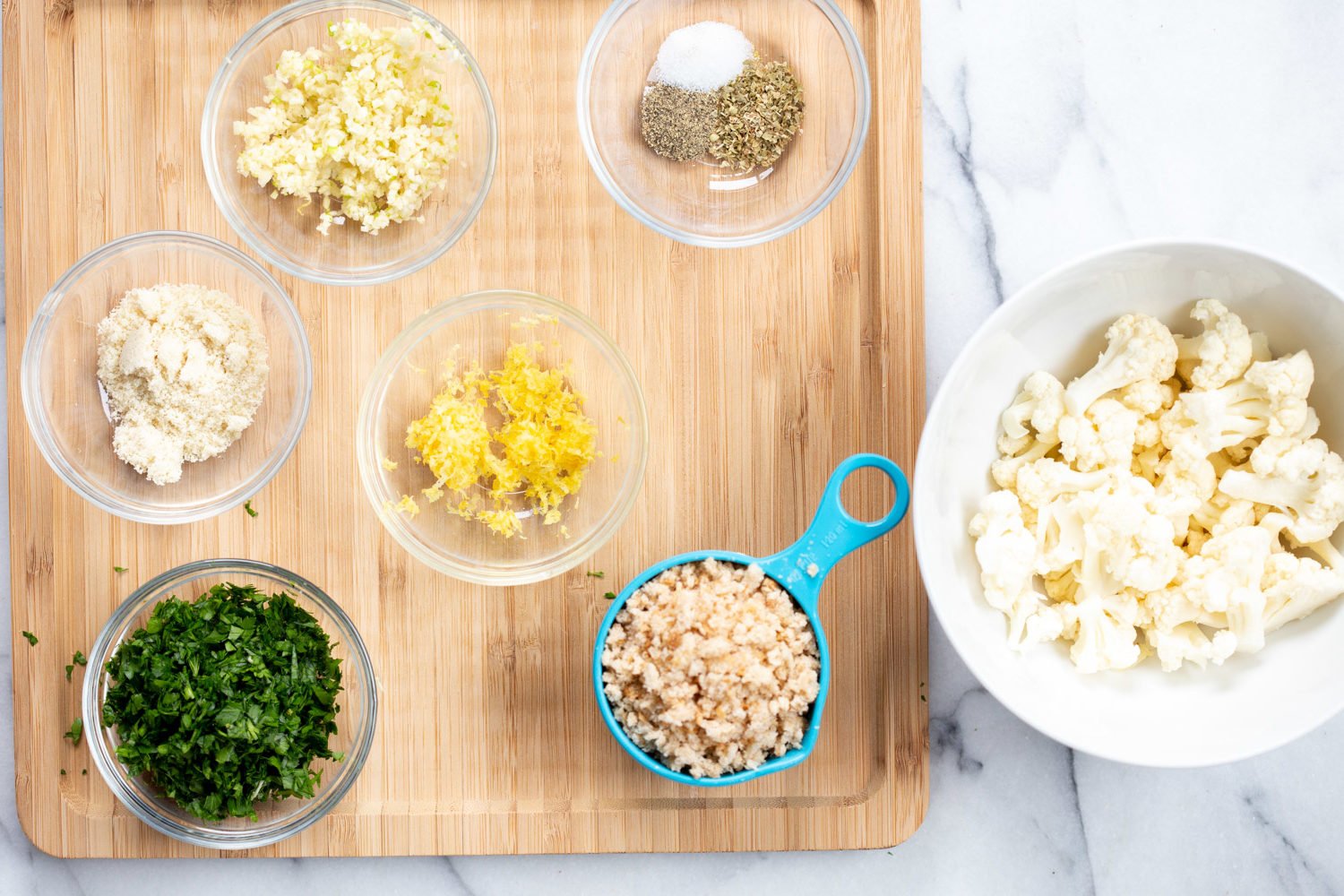 Toast garlic and breadcrumbs until golden. Add parsley, oregano, lemon zest and mix. Reserve half of the mixture for garnishing.

Add cooked spaghetti and more parsley and toss. Add some water or olive oil to moisten if needed. Garnish with the rest of the breadcrumb mixture and blistered cauliflower. 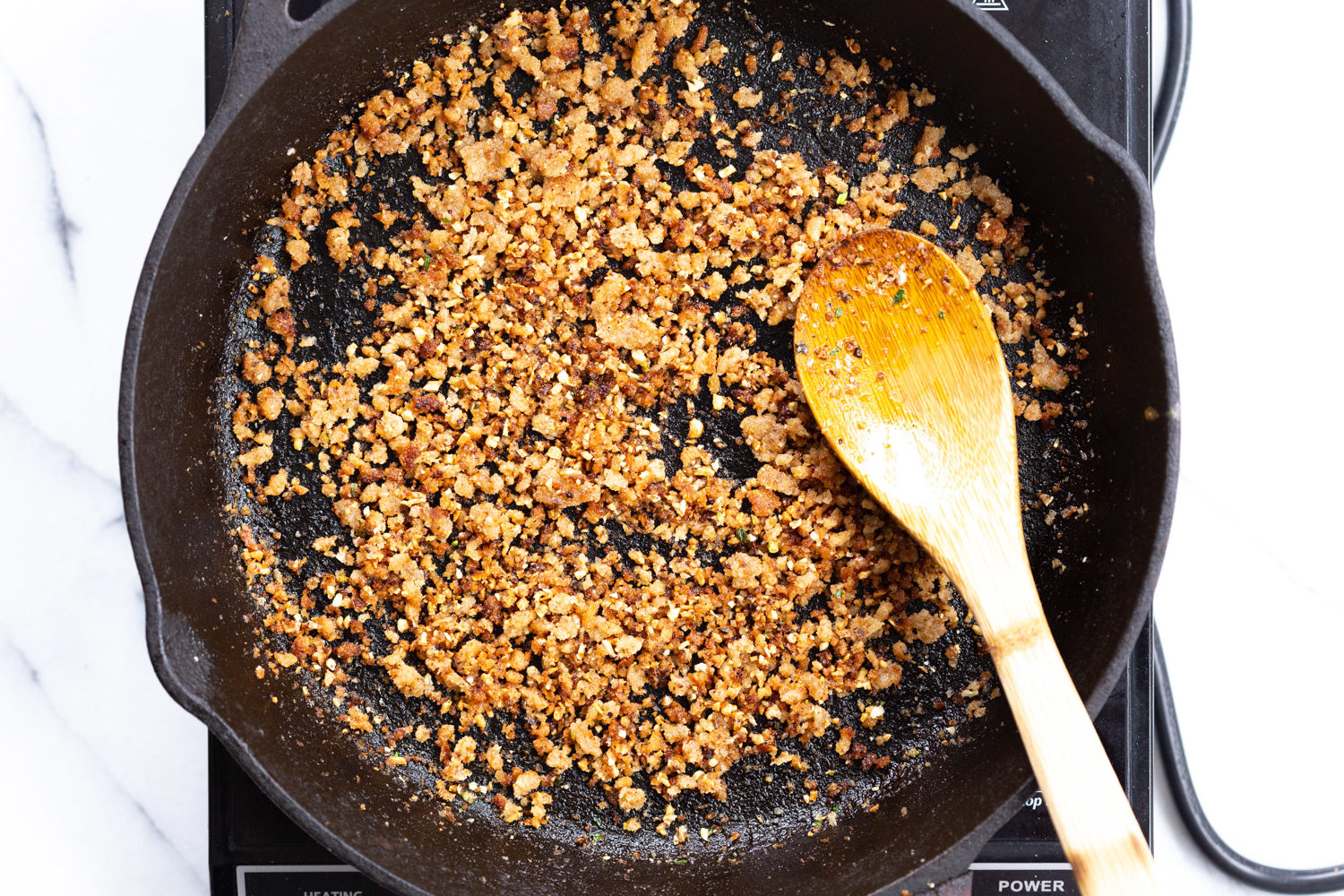 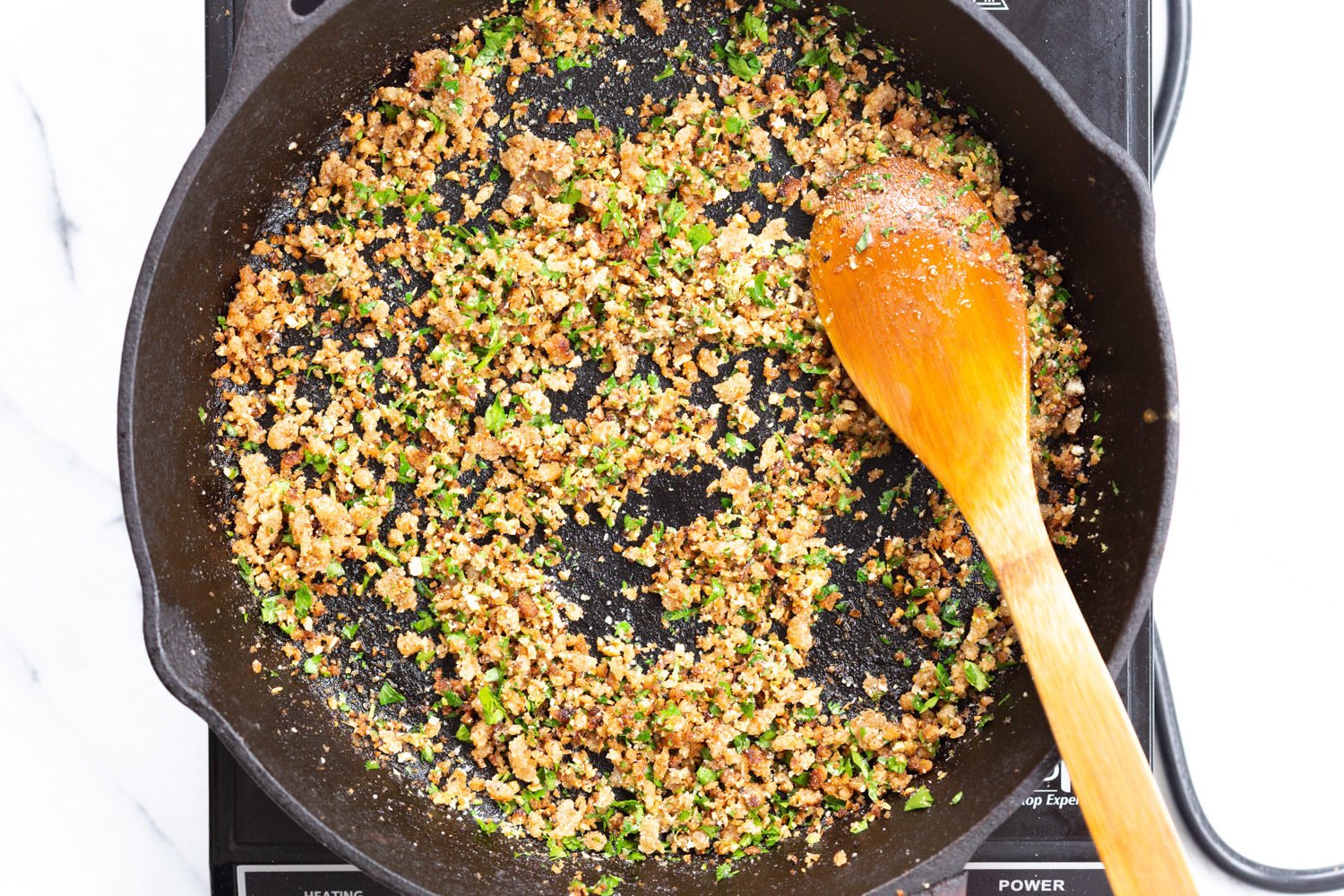 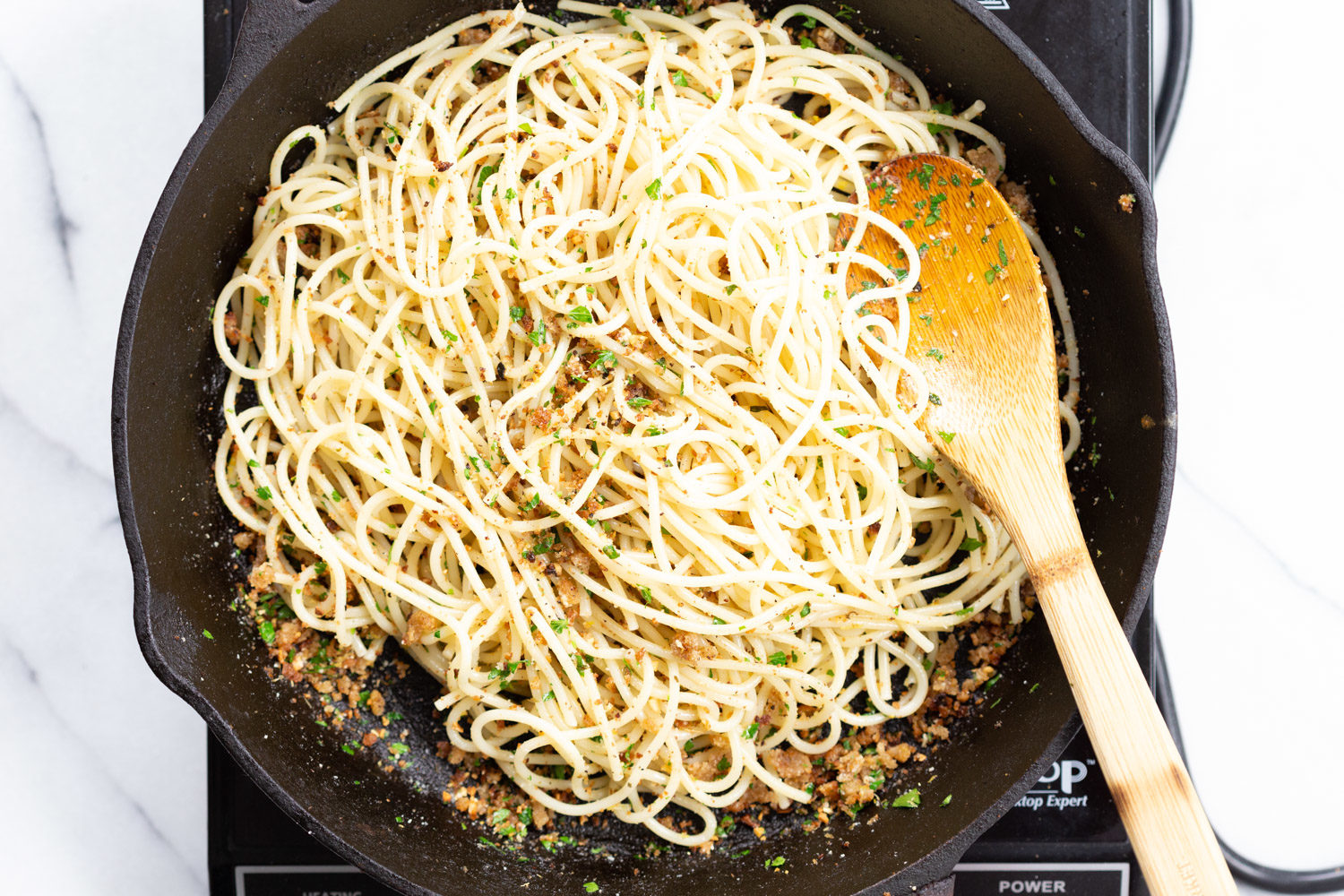 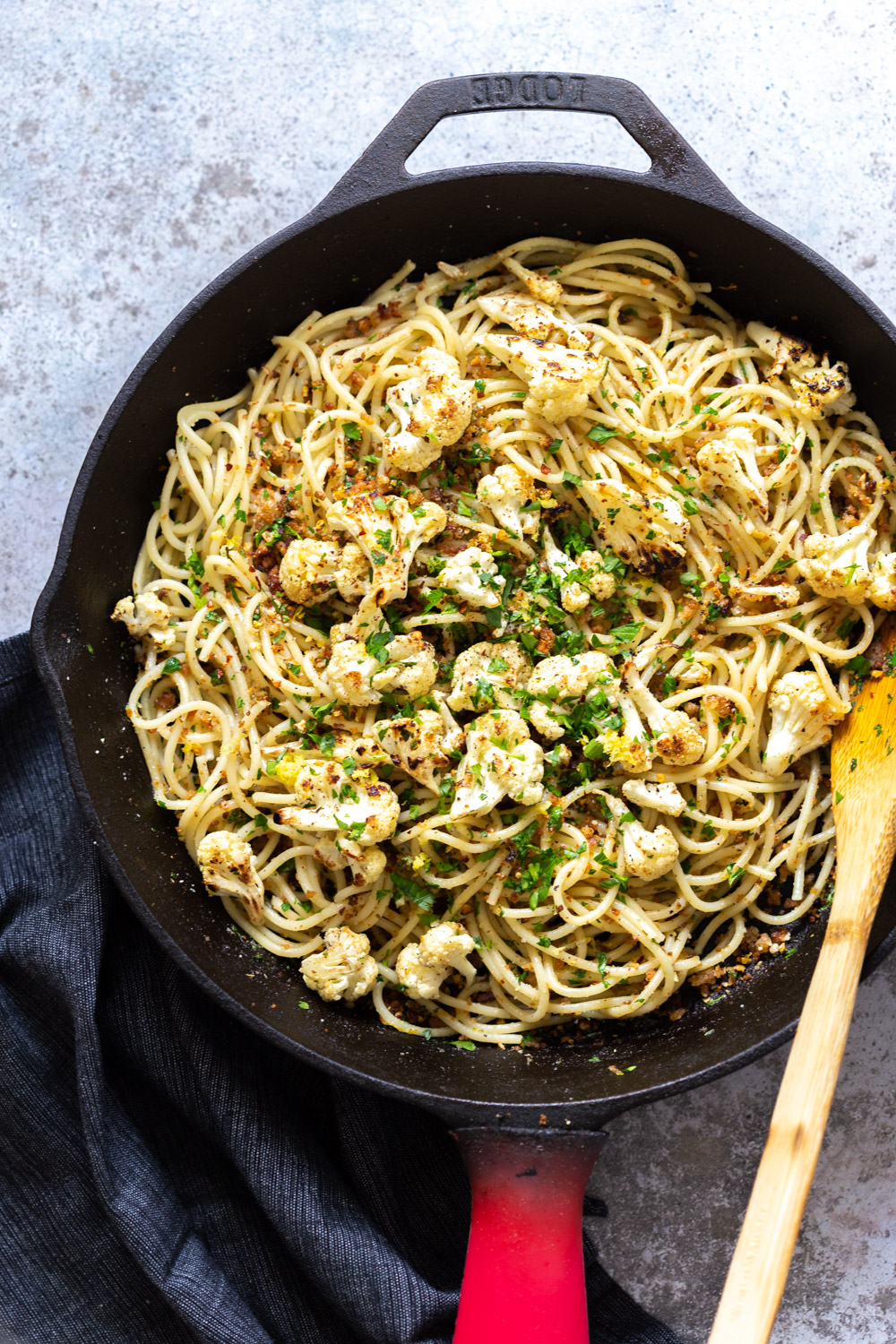 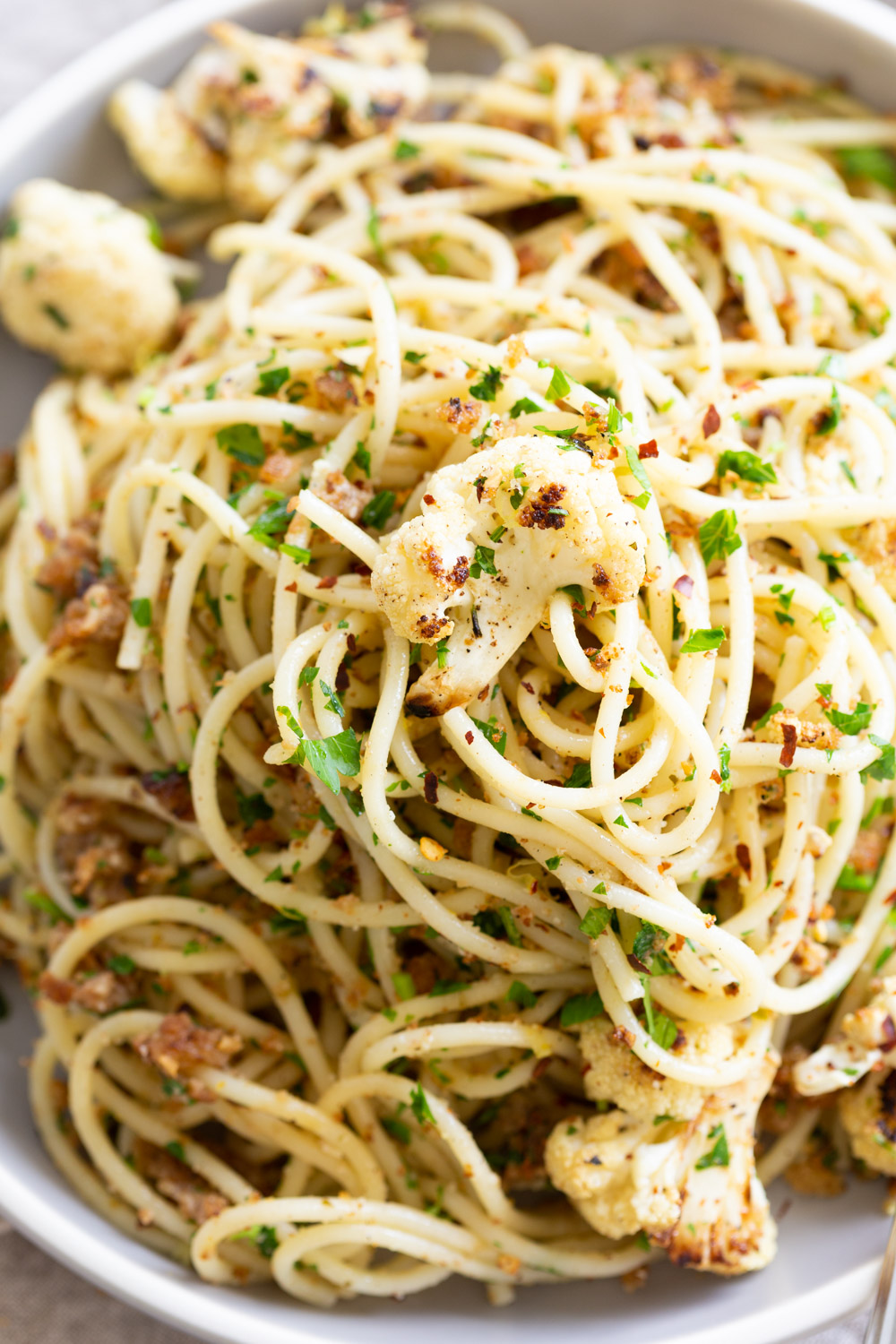 More Pasta from the blog 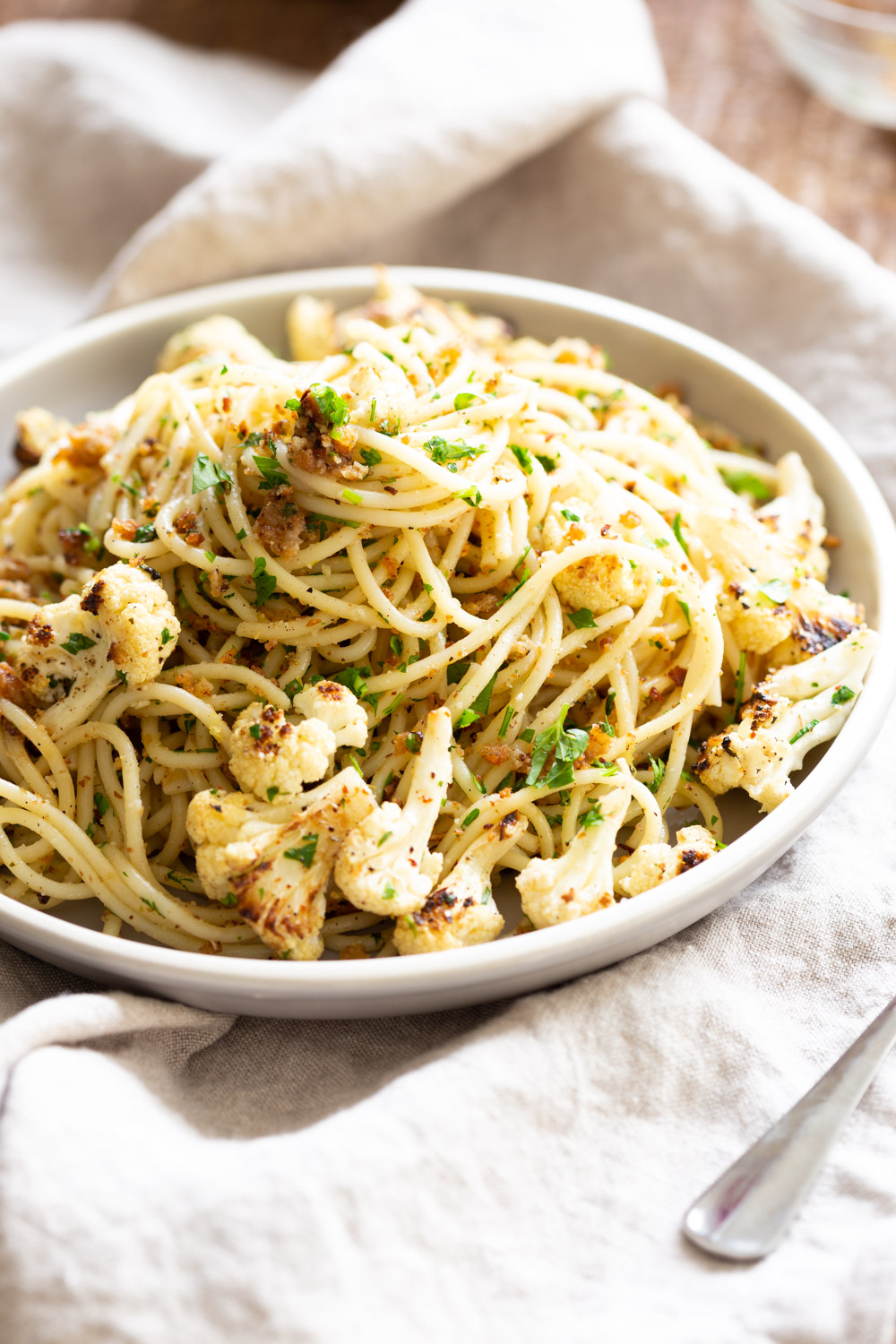 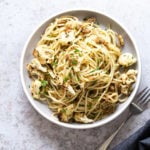 Gluten-free: Use glutenfree pasta and gluten-free breadcrumbs.  Oil-free: I haven't tried making this oil-free. The toasted flavor will be hard to achieve without. You can possibly saute the garlic in broth. Toast the breadcrumbs on a dry skillet or oven, as they will get soggy and gummy with broth. Toss with the golden garlic, herbs and the rest of the ingredients. Use a third of the mixture mixed with broth to mix with spaghetti and use the rest as topping. Serve with additional high moisture sides such as a generous helping of blistered cherry tomatoes.  Roasted Cherry tomatoes: Add 2 cups cherry tomatoes, oil, salt and pepper to a baking dish and mix. You can also roast the cauliflower along with the tomatoes in the oven, instead of step 2. Add cauliflower, oil, salt, pepper and parsley in another dish and mix well. Bake both dishes at 425 deg F ( 220 C) for 20 mins. Remove tomatoes if blistered, cover the cauliflower dish with parchment and bake for another 10 mins.  Nutrition is for 1 serve