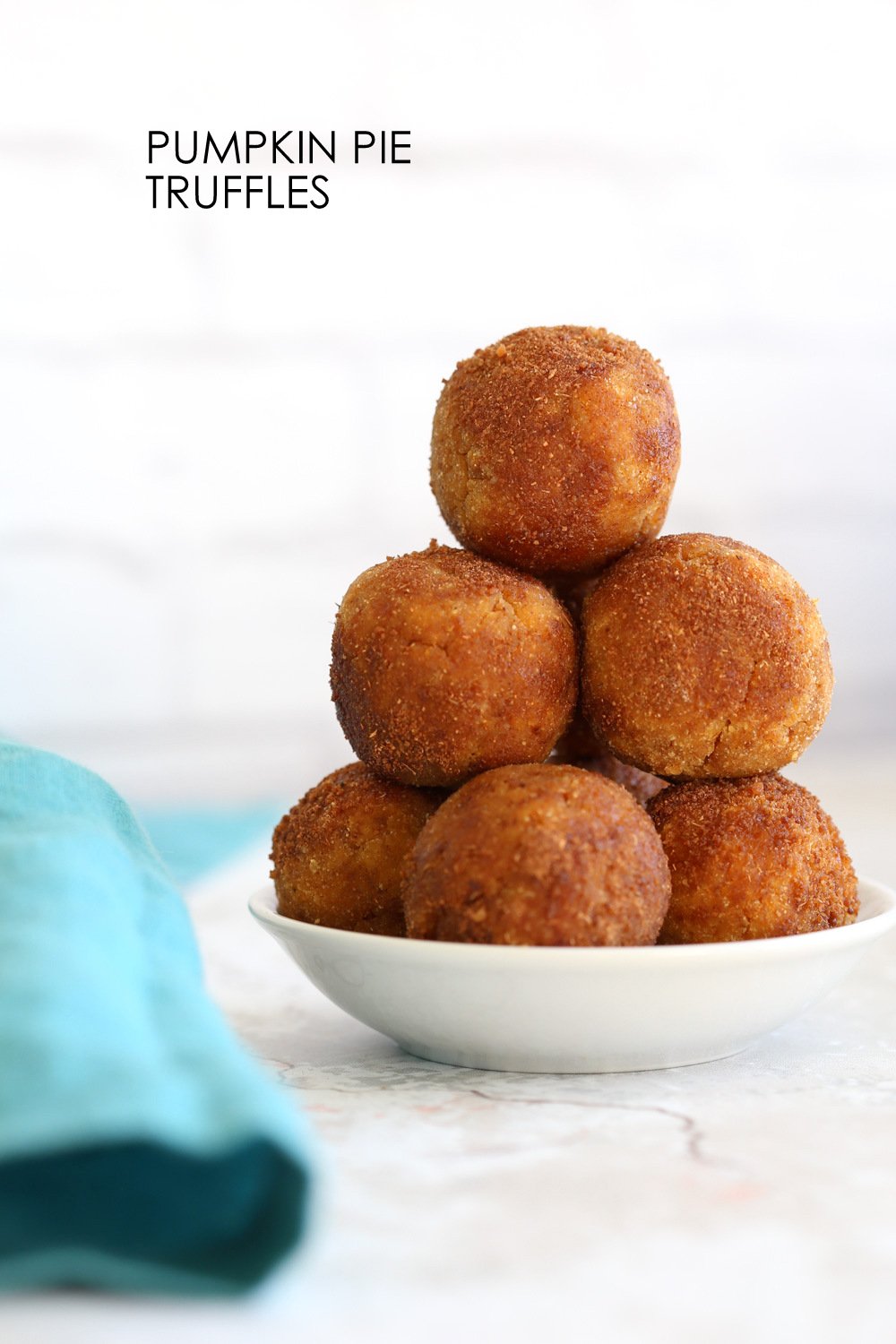 Fudgy Bites, that taste like Pumpkin Pie in a fudge form! hell yes!

7 Ingredients, No Bake, No oil, No Refined Sugar! And ready in 15 mins. It cannot get easier and tastier than this! Pumpkin puree gets heated with maple syrup to thicken slightly, then mixed with almond and coconut flours, as much pumpkin pie spice as you like, then rolled in a mix of cinnamon and coconut sugar. Bliss. Make a double batch! You can also make your own pumpkin pie spice, or use store bought or use just cinnamon, or other spice blends like chai. 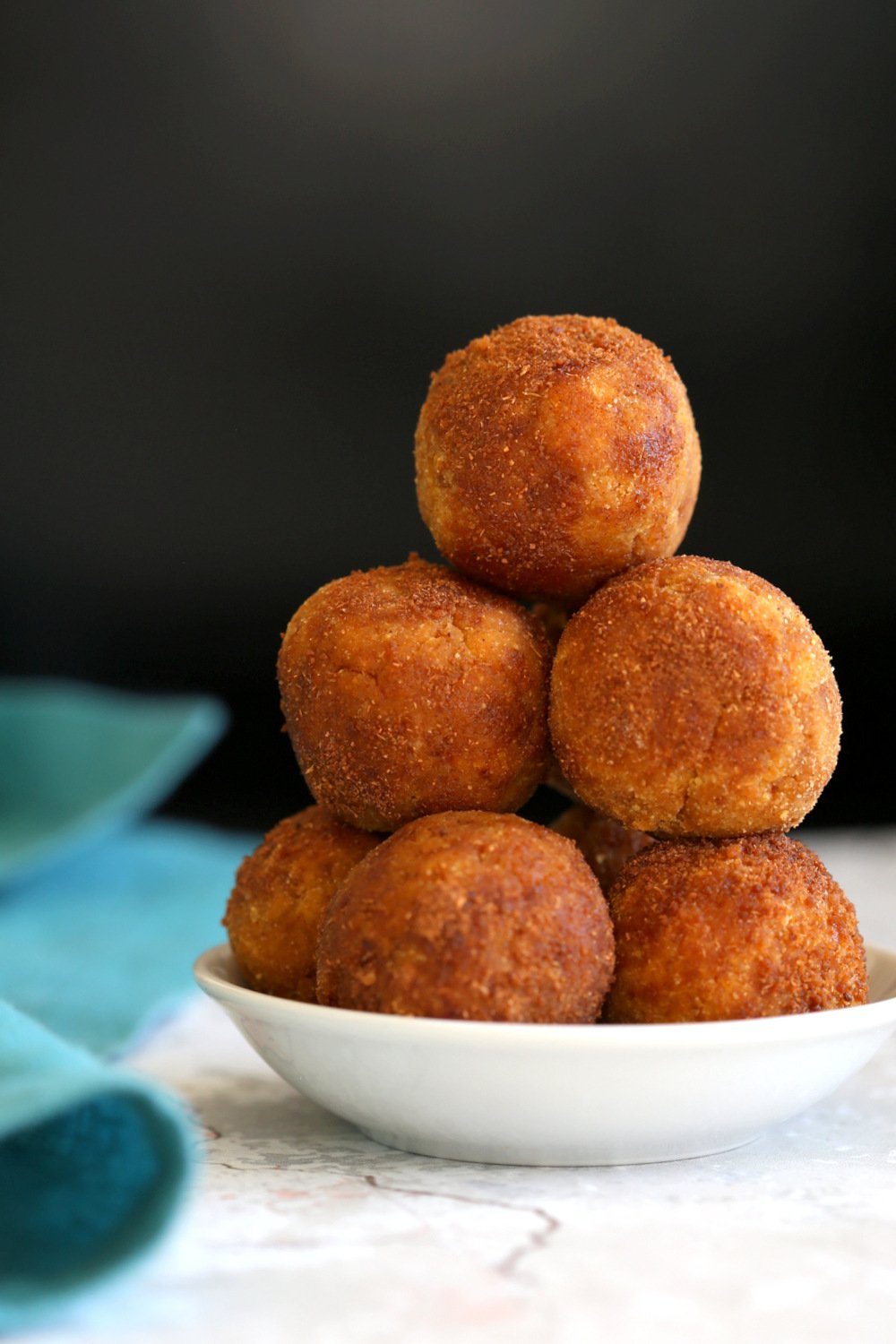 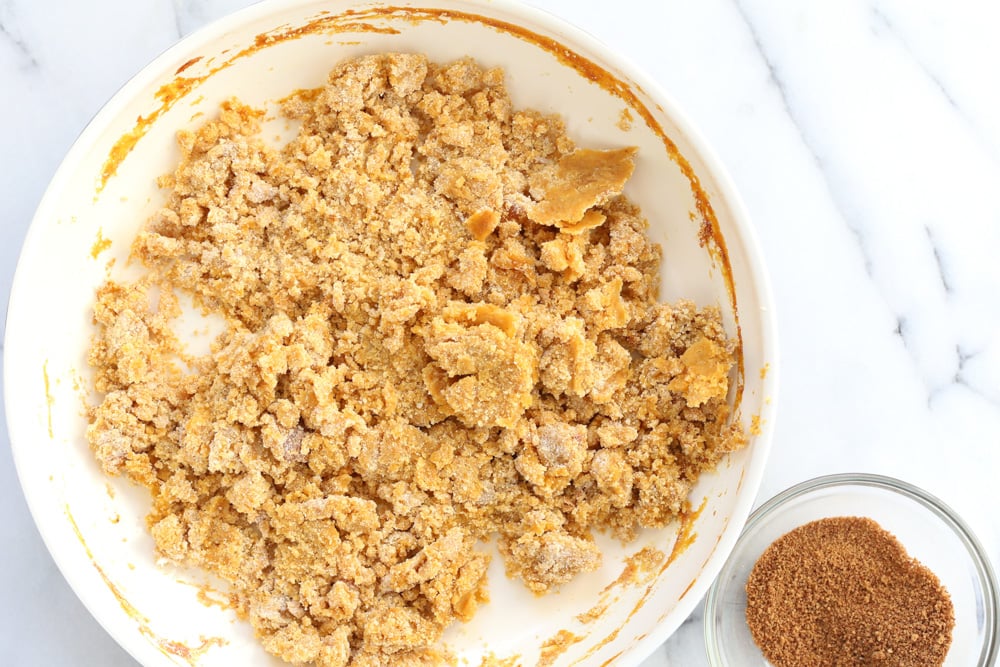 You can put everything into the processor or bowl without cooking and make these as well.  For variation, use sweet potato puree or butternut puree. Coat them in chocolate instead of cinnamon, or some cardamom (yum). 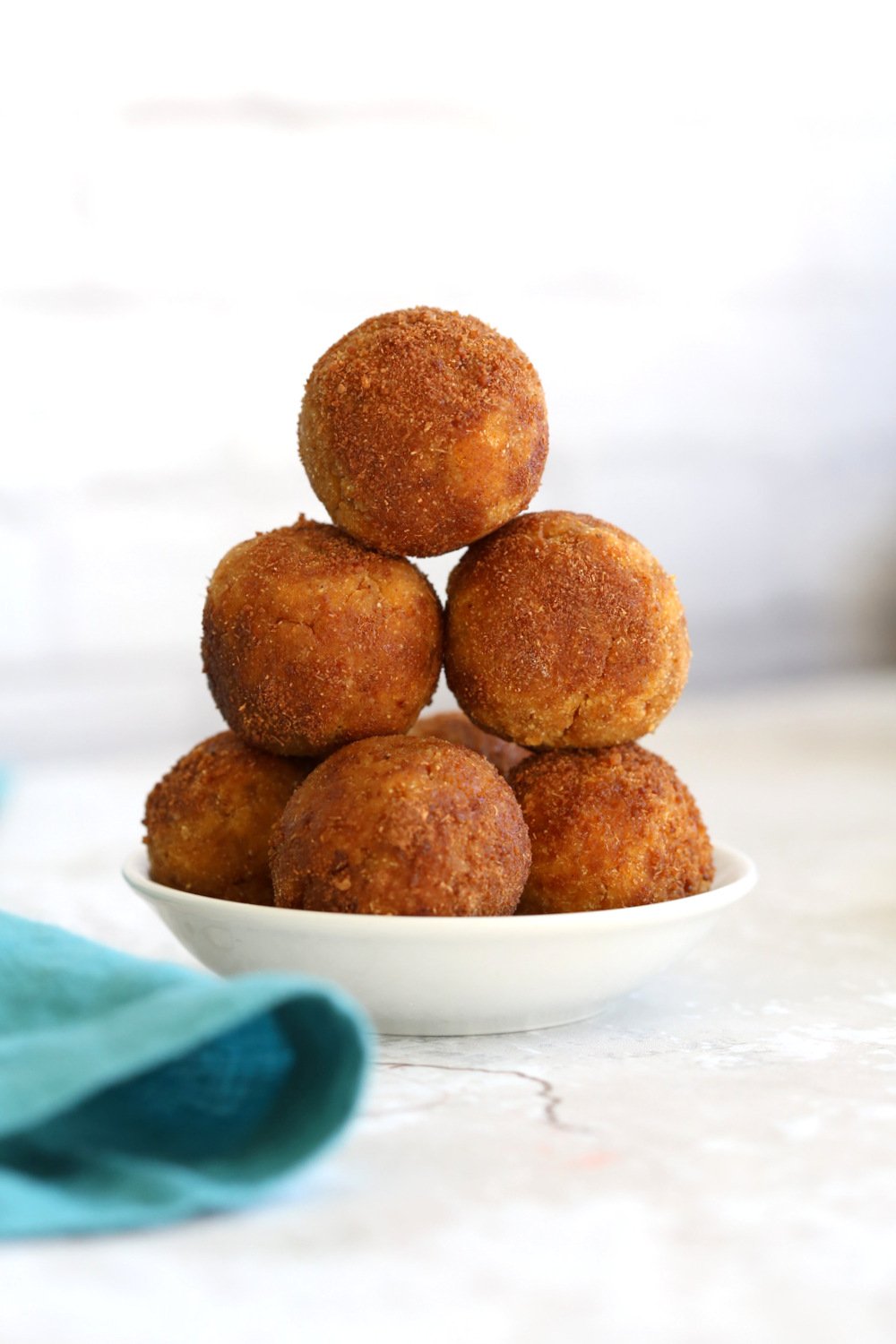 Nut-free: I havent tried these without almond flour. They should work with a mix of a 1/4 cup other nut flour/sunflower seed flour, 1/4 cup oat flour and more coconut flour as needed.    Nutrition is for 1 ball