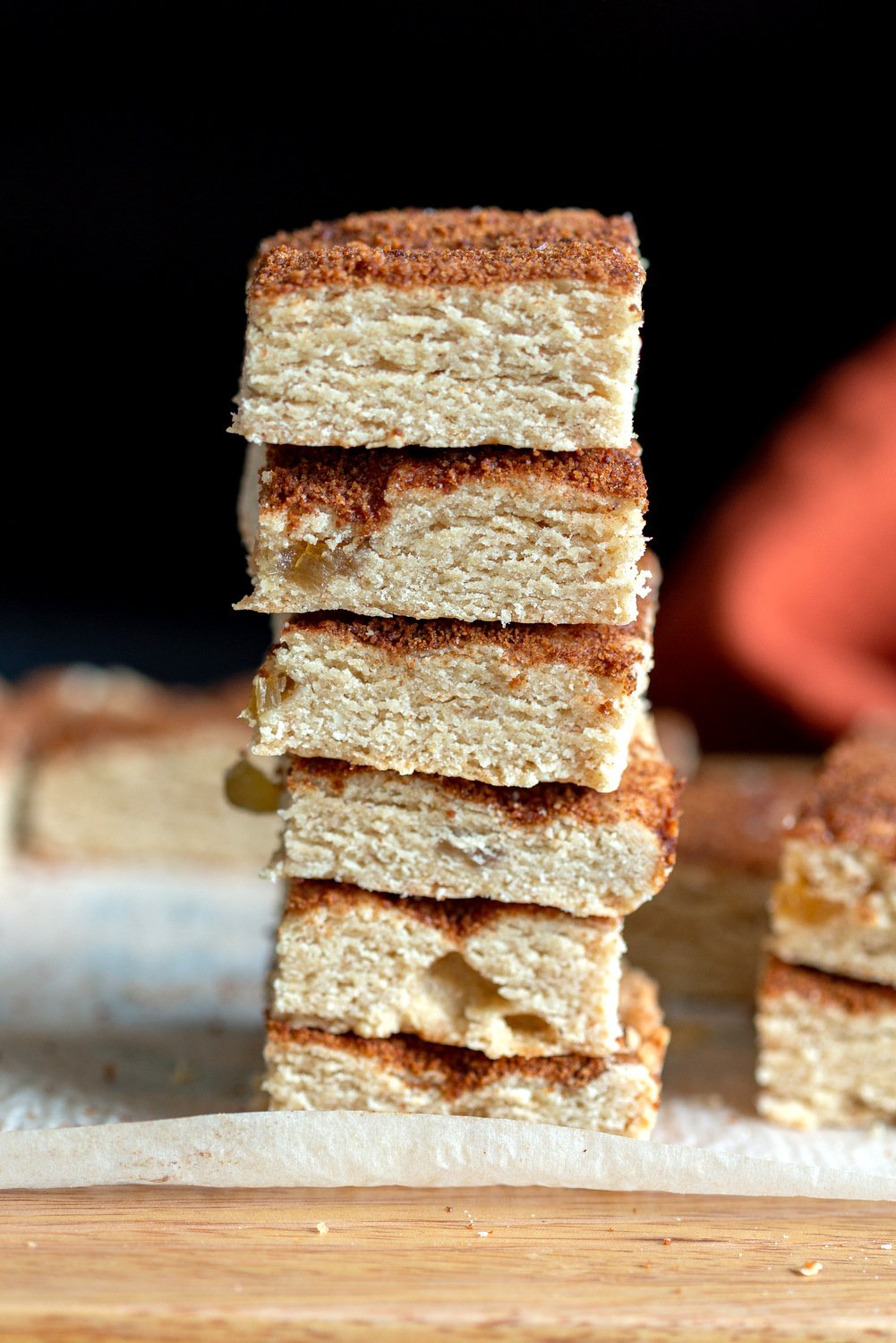 These Cinnamony bites are great for when you need a lightly sweet snack. Shortbread like cookie bars topped with cinnamon and sugar. The bars need just 1 Bowl and come together within minutes. I added some candied ginger to the dough which you can omit if you like.

Bake, slice and done. You can bake the dough into cookies as well. Roll in cinnamon sugar, flatten and bake. Glutenfree and no oil options in the Recipe notes. Lets make these melt in your mouth burst of cinnamon bars. 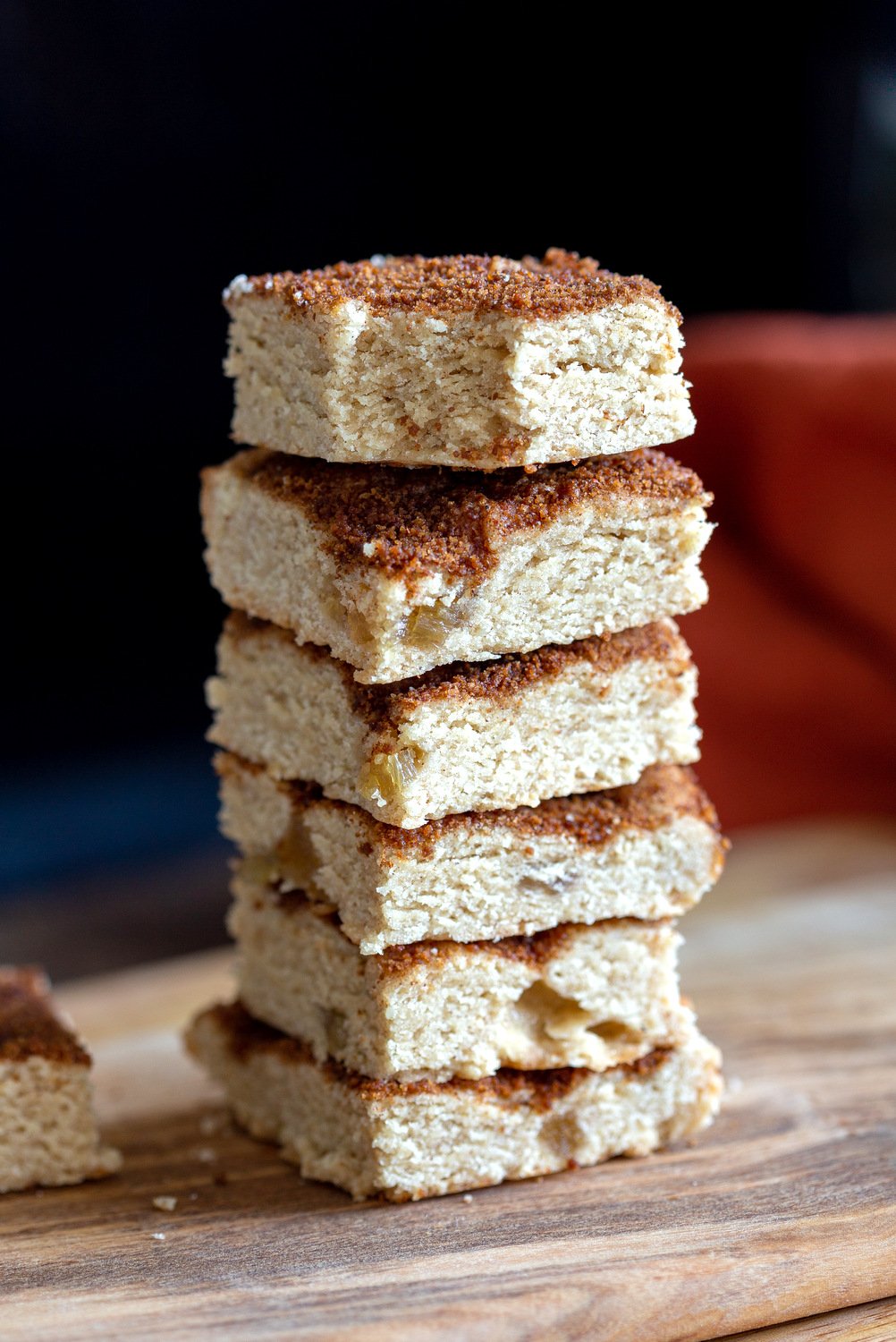 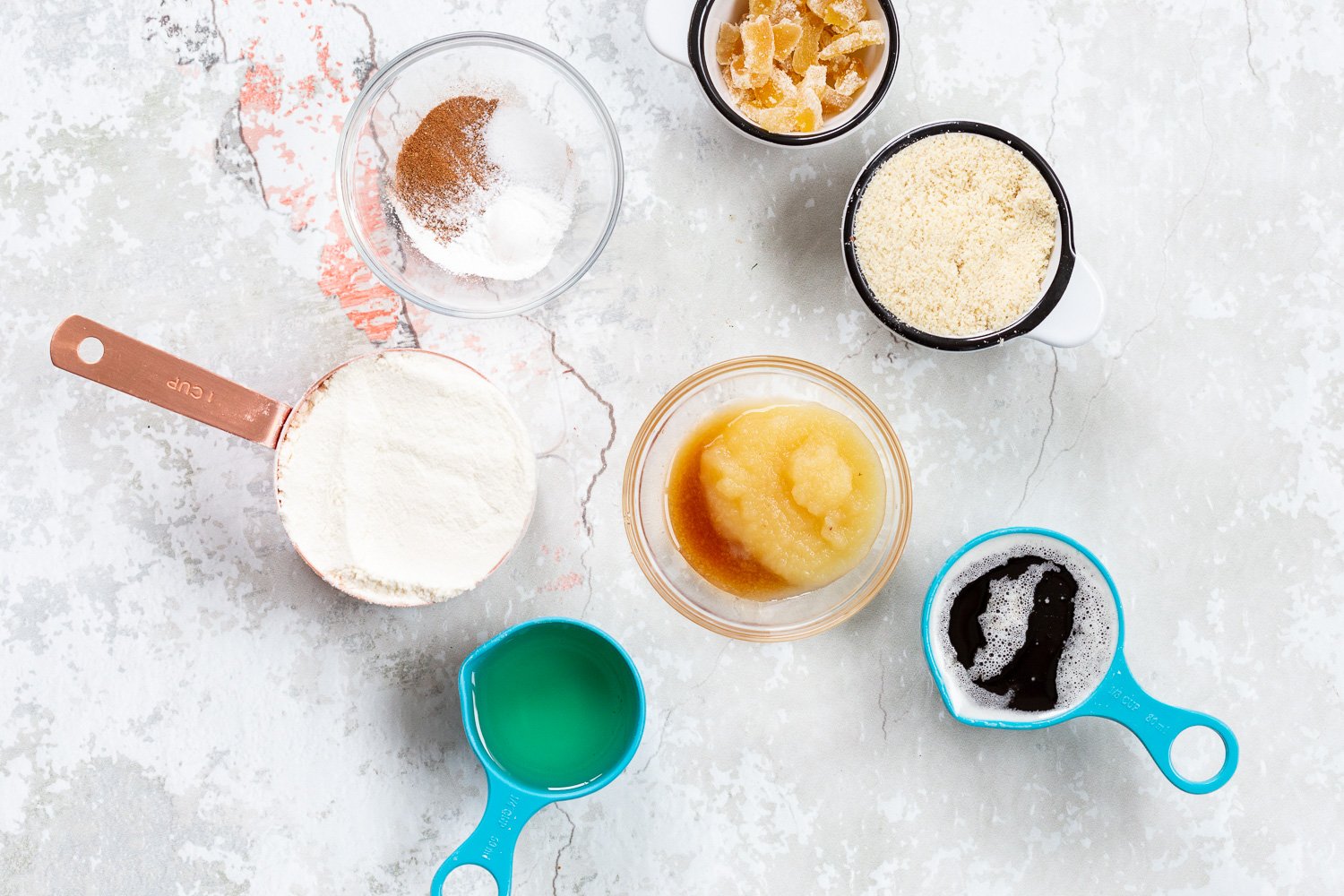 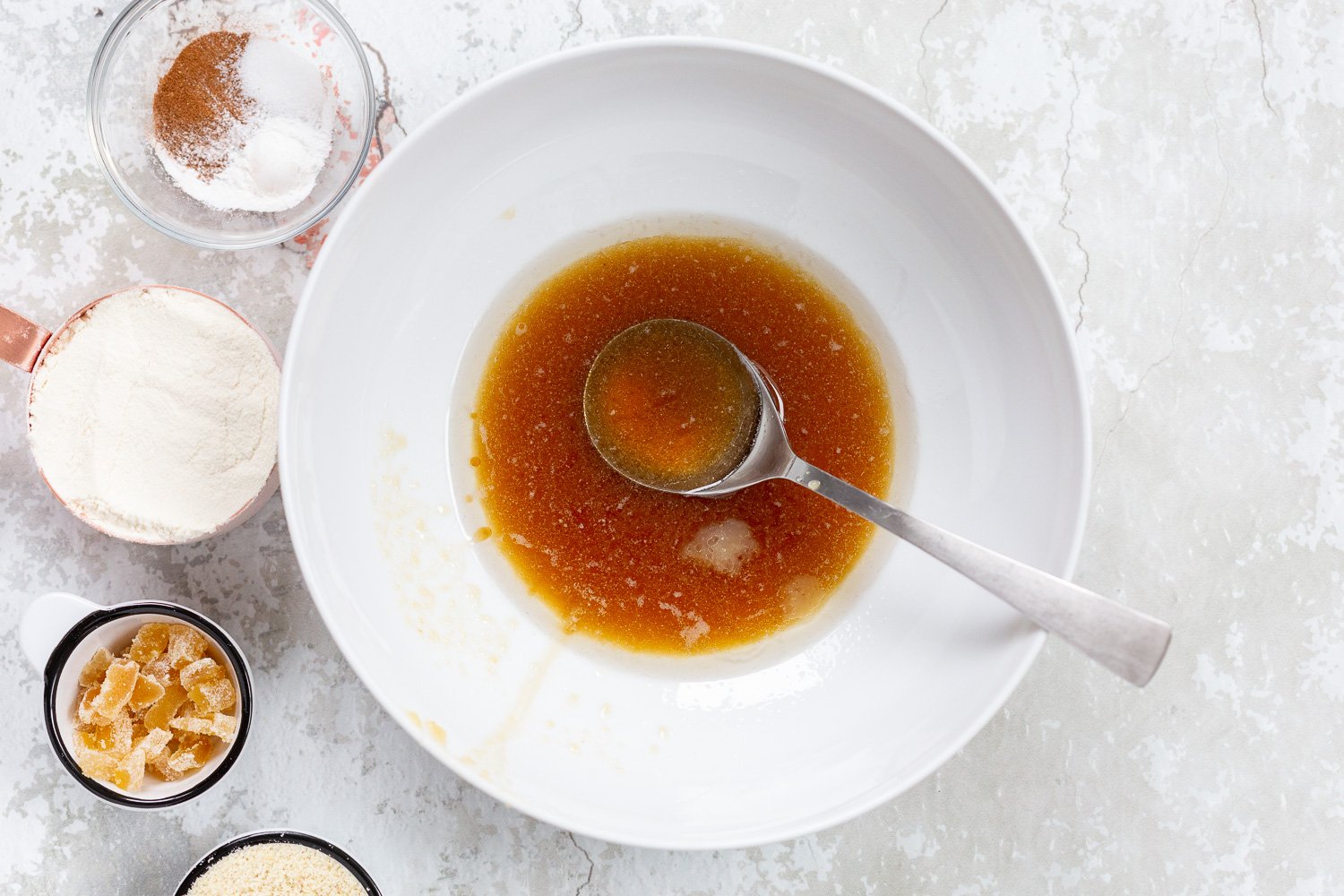 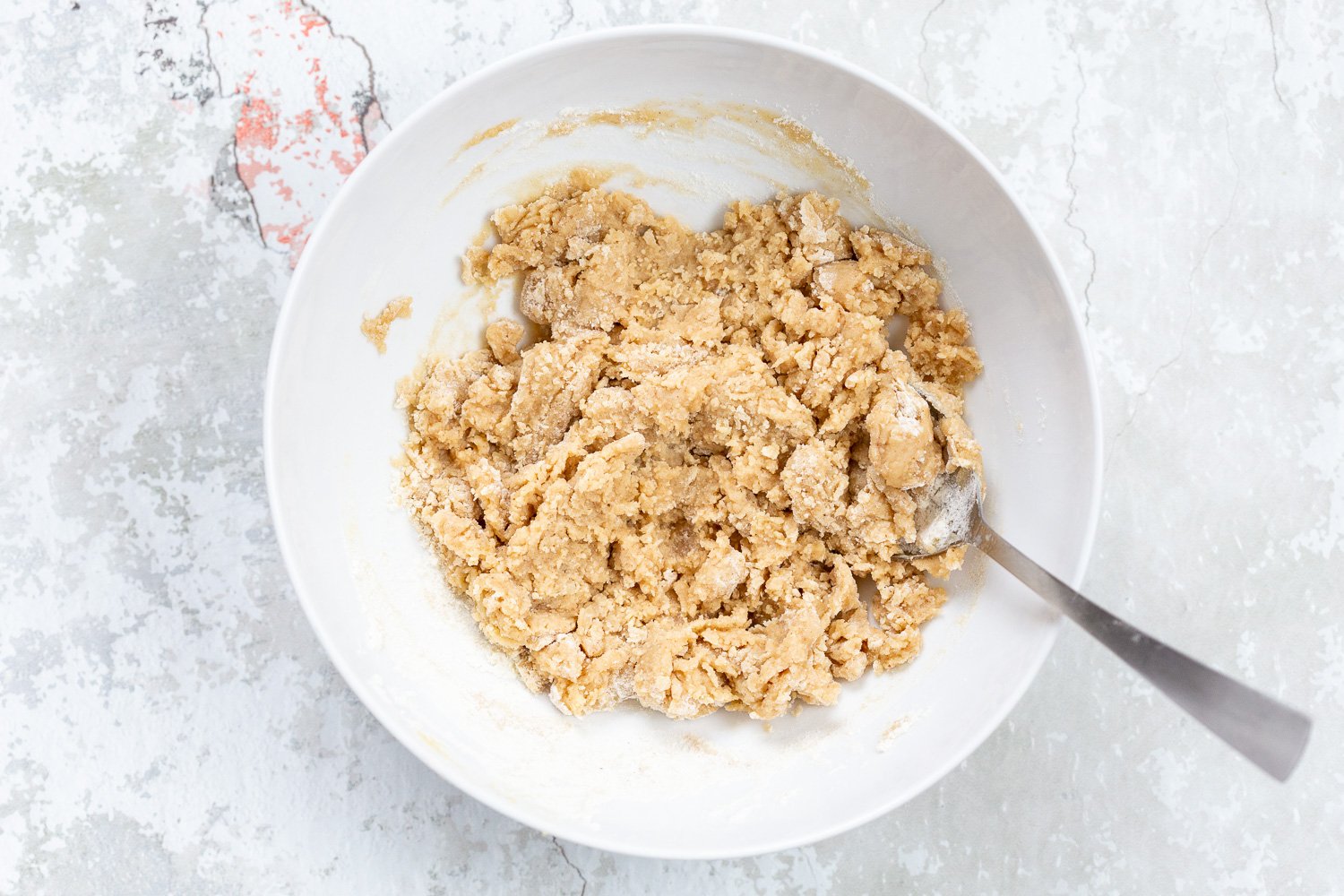 The dough can feel slightly dry but when you mix with your hands, it softens and makes a more cohesive dough. Then transfer to the pan and press evenly. Use a sprinkle of water to help if needed. For thicker bars, use a loaf pan. 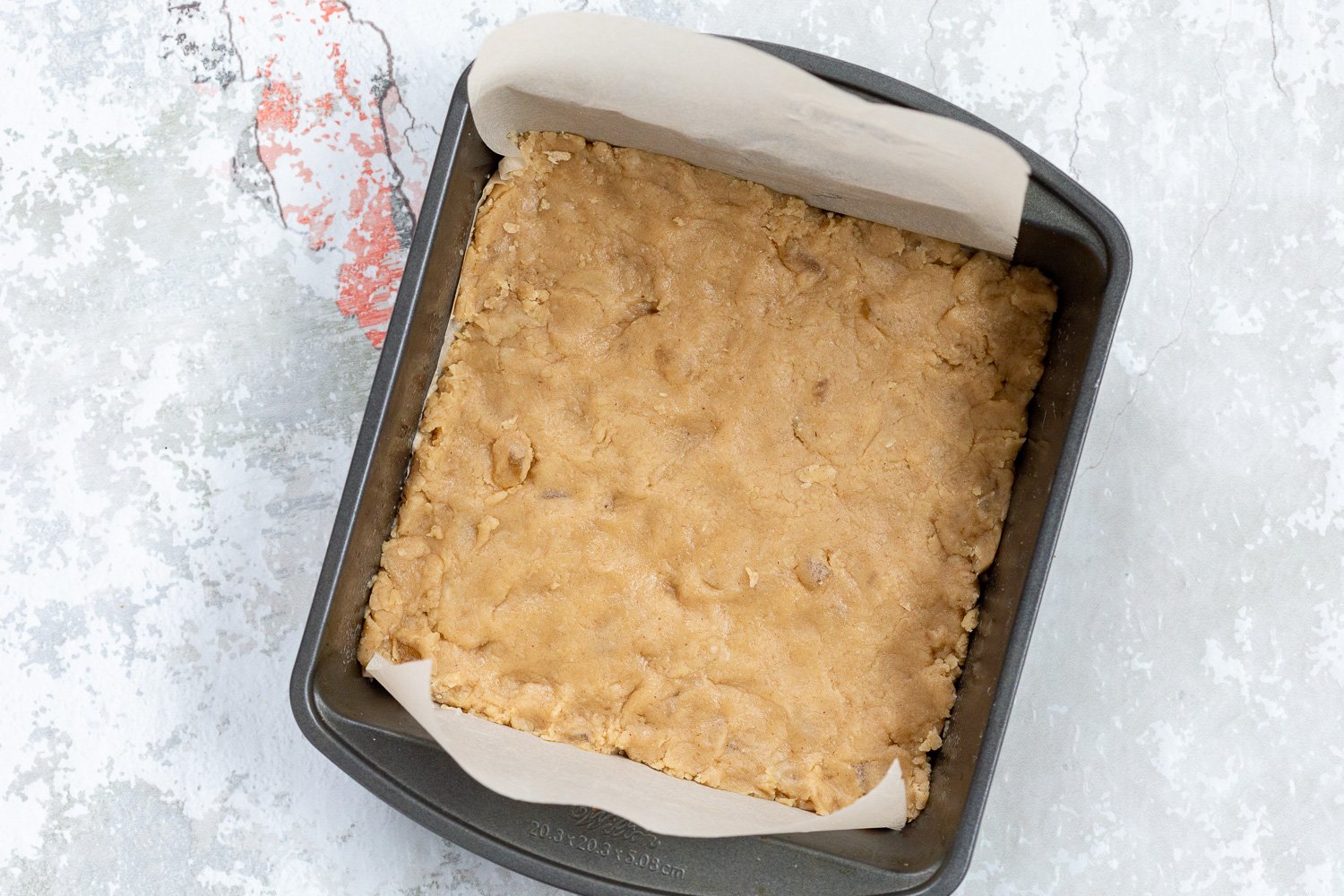 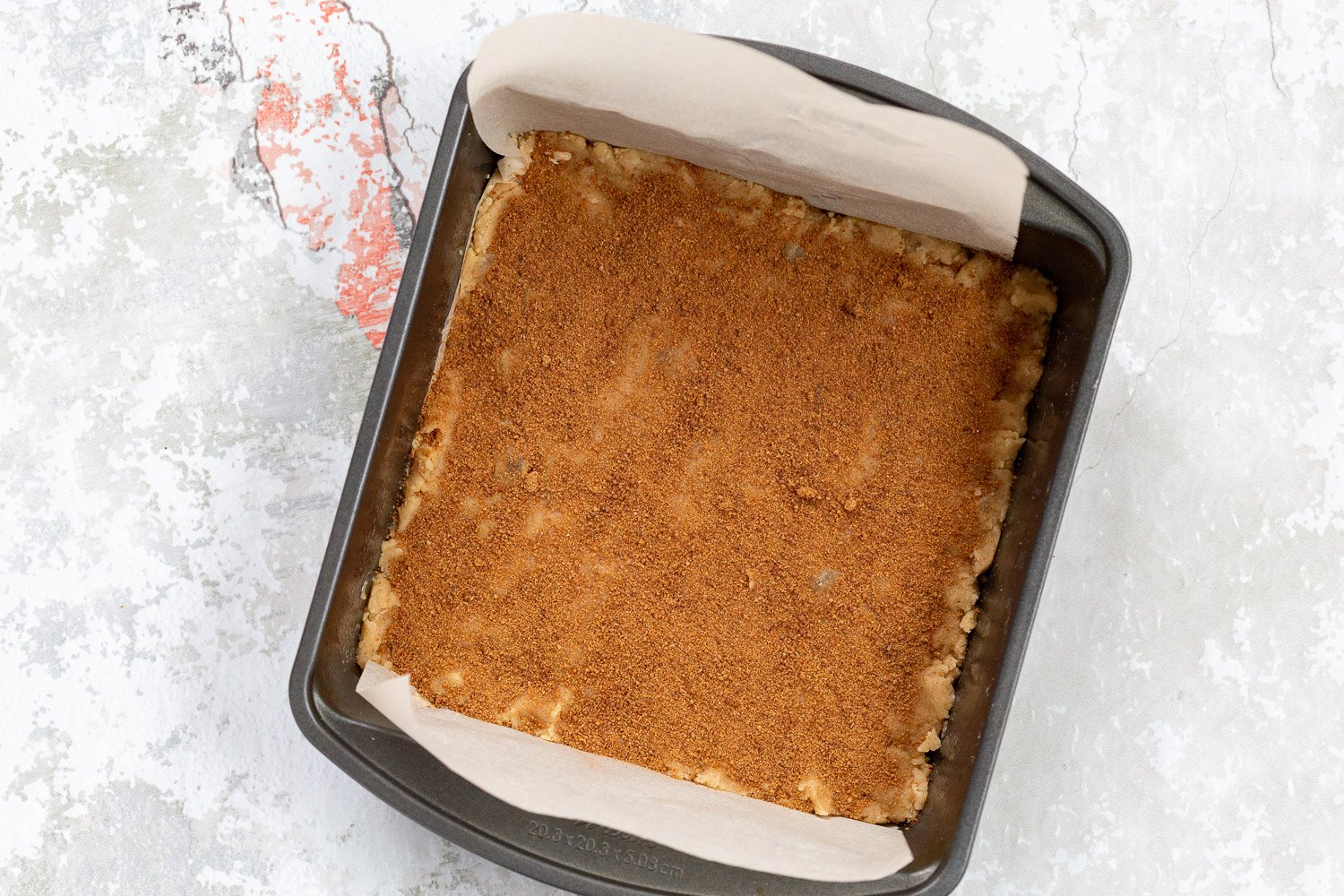 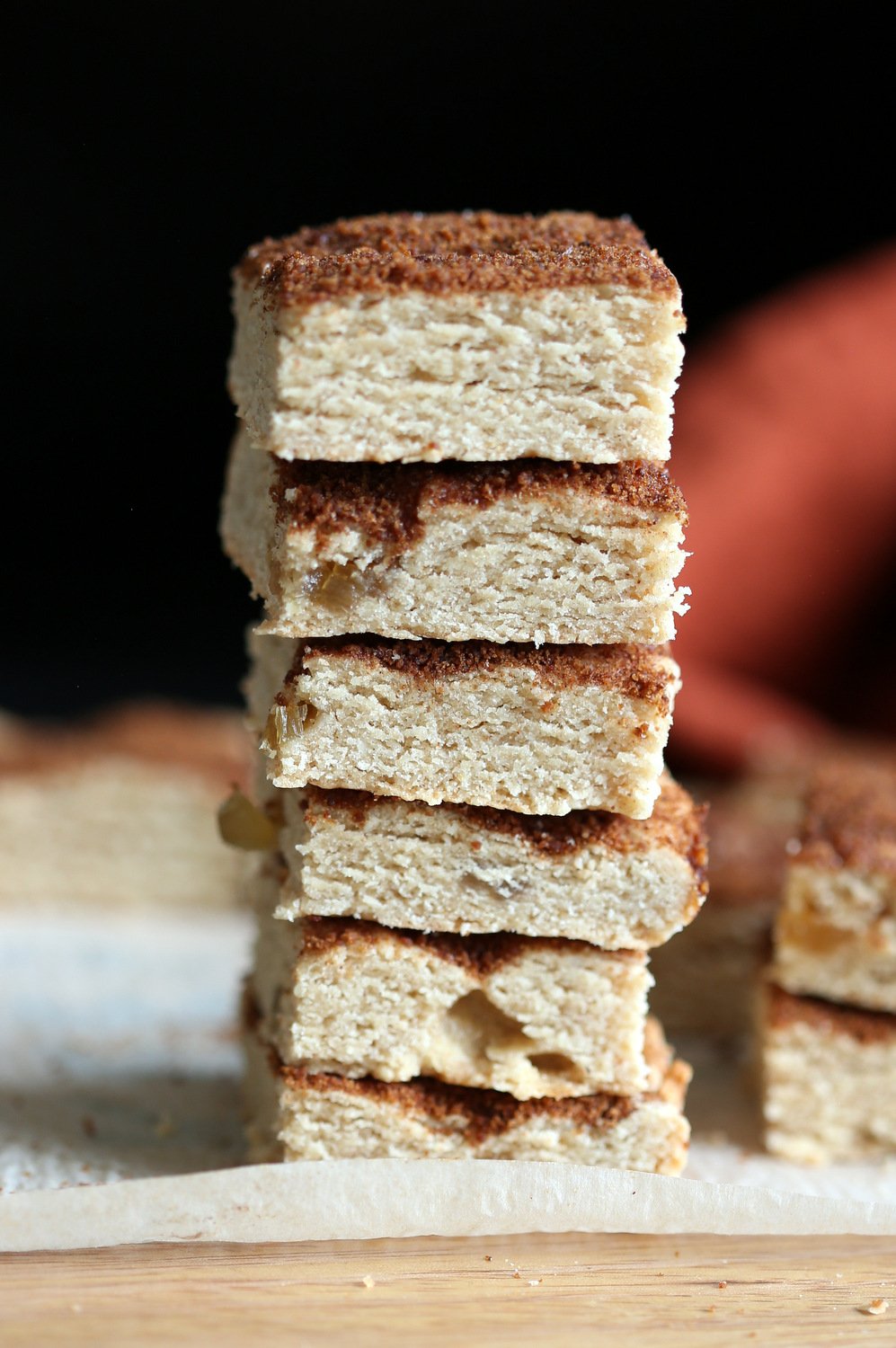 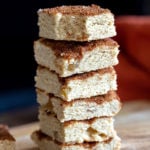