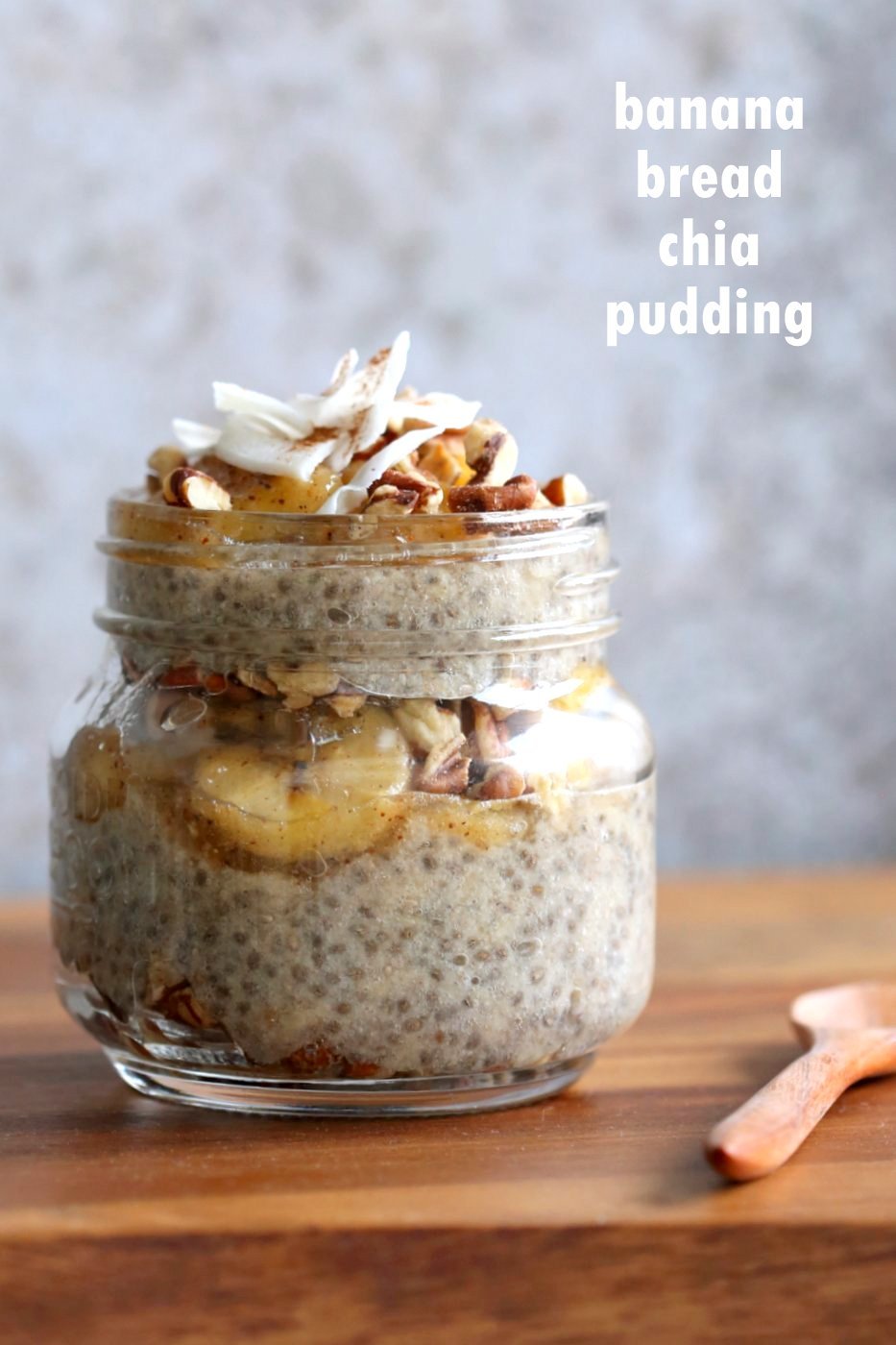 Chia Puddings and I haven’t always been on the best of terms. I always want them to be fancier and more flavorful than what they generally want to be (just seeds soaked in water/liquid and served with some fruit). So we had to have this conversation sometime last year about it and decided that I have to add those extra extra things to mine.

Exhibit 1 Lemon Curd chia pudding, and 2 Golden Milk Orange Ginger Chia Pudding. This one today is banana bread in chia pudding form. Banana is blended into non dairy milk and chia seeds soaked in it. The pudding is layered with well spiced caramelized bananas, nuts (which also can be toasted with spice) and some large flake coconut. This Banana chia pudding has all the Flavors and textures to brighten up the morning! 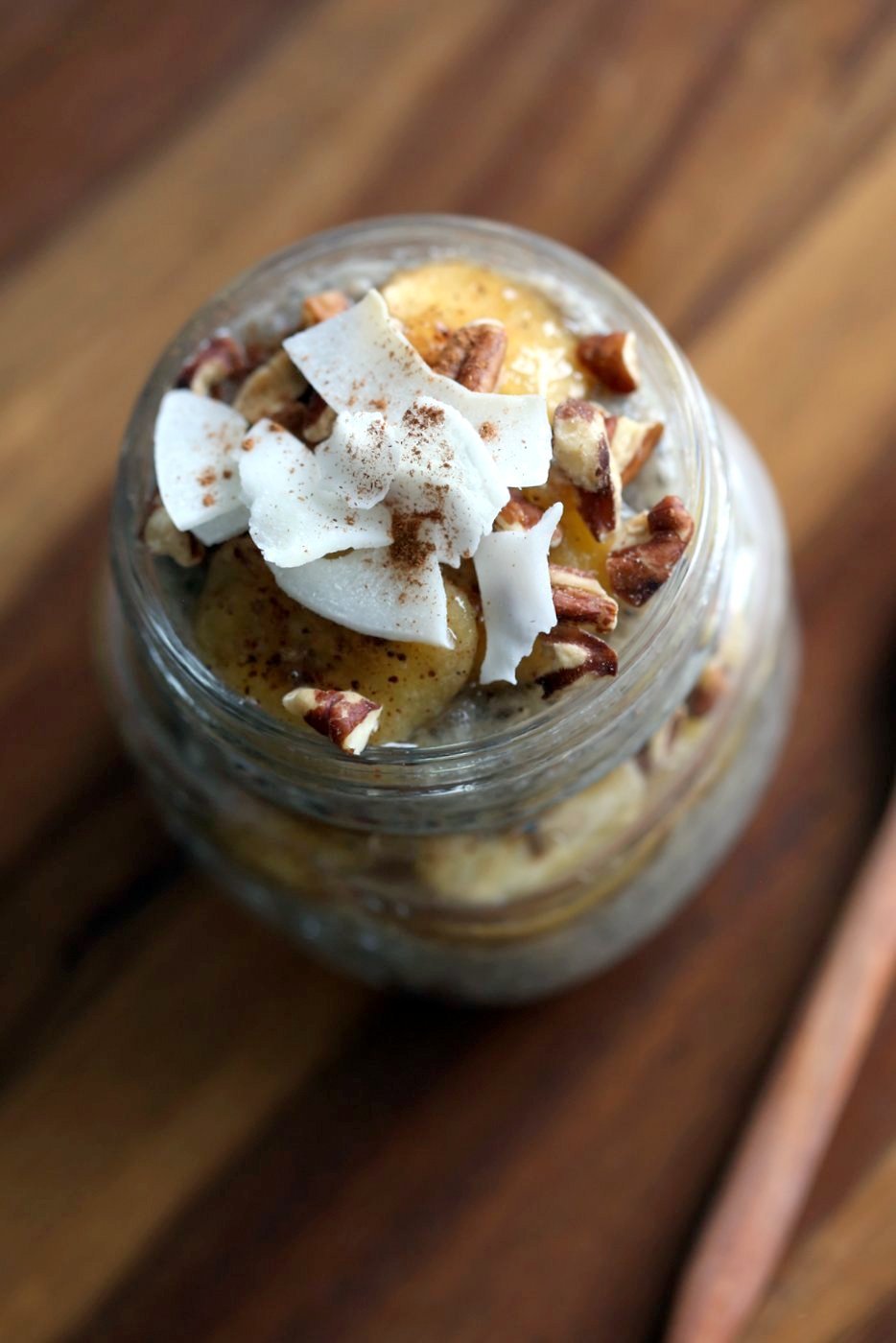 More Chia breakfasts from the blog

This banana bread chia pudding is easy, delicious and fun! If you try it, let me know how it turned out. Tag me on Instagram. Also these small pudding jars look fun and pretty but make it super hard to eat from :). I usually make the puddings in a bowl. 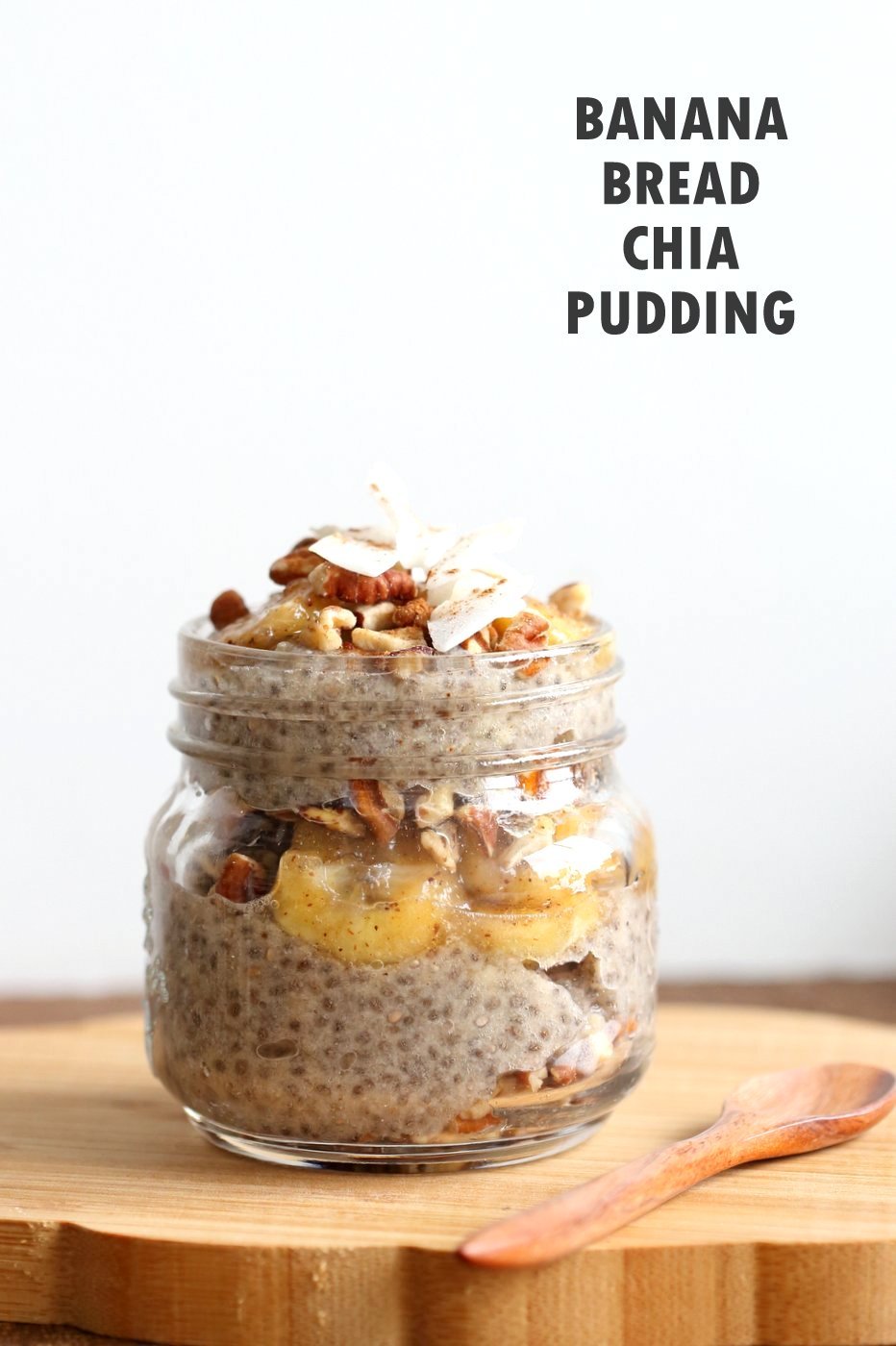 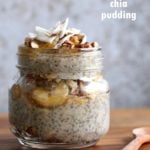 To make this nut-free, use nut-free milk and omit the walnuts and use toasted seeds of choice.  Add in other layers such as berries, chocolate.   Nutrition is 1 of 2 serves 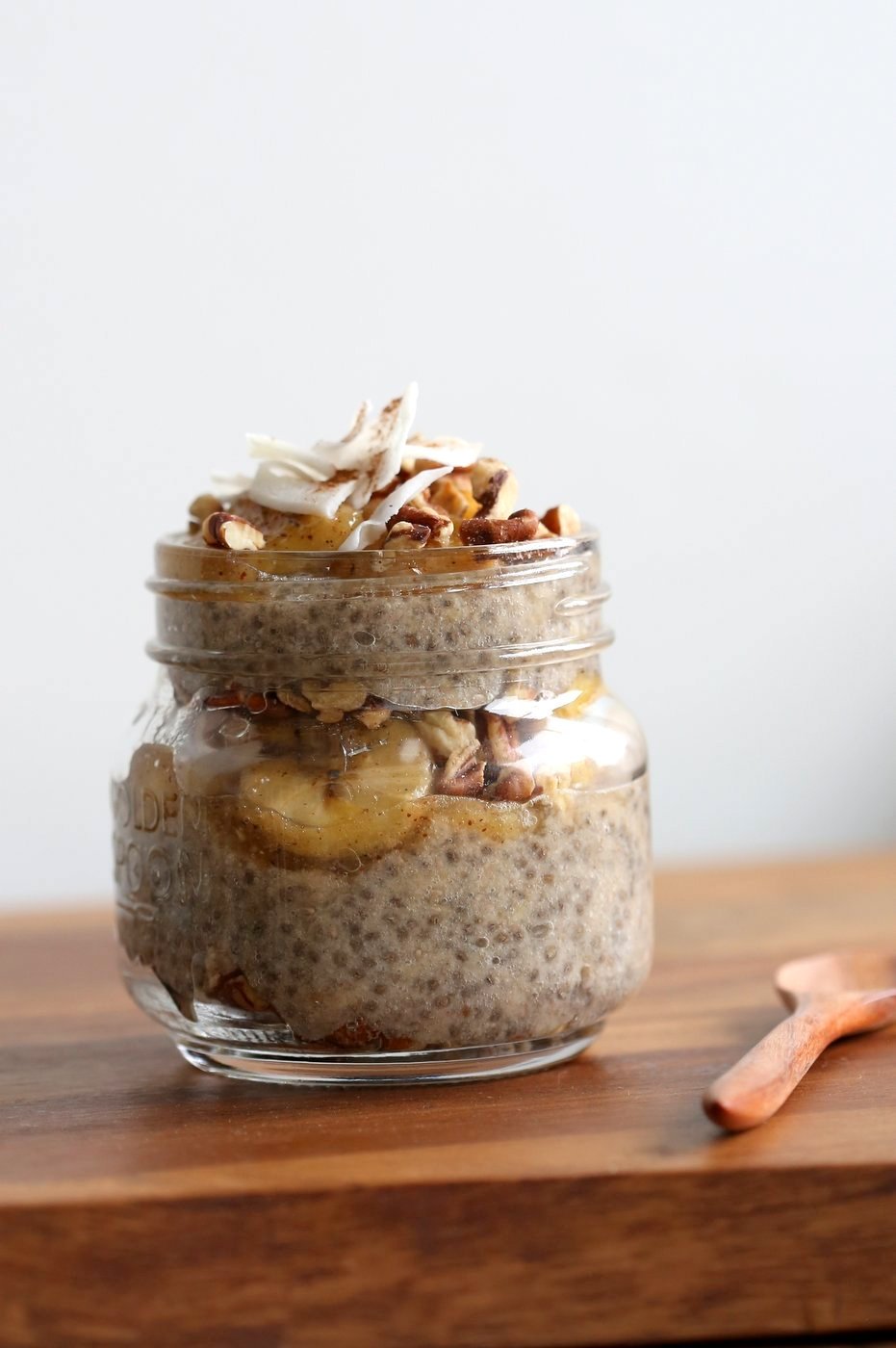