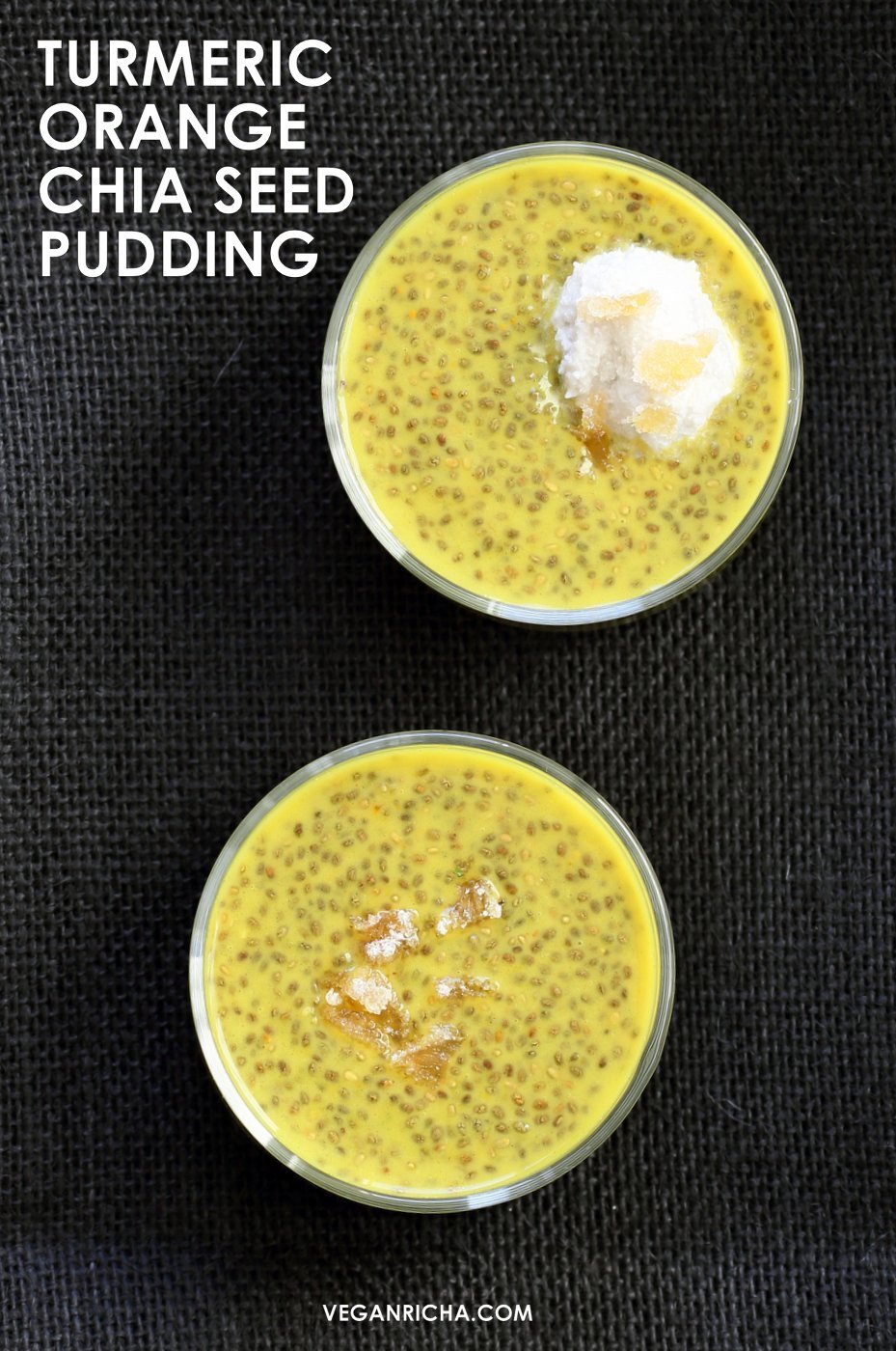 This Chia Pudding is super easy and amazingly delicious. All the super foods chia seeds, turmeric, ginger. Filling and refreshing. The turmeric is mixed in after boiling it with coconut milk. Turmeric when cooked tastes better and less bitter. Warming the liquid also helps chia seed absorb faster and not get lumpy as they sit overnight. You can whisk in all the ingredients together without the extra step. Add spices and flavors of choice. I like to garnish these with candied ginger. Add other toppings of choice, more seeds, slivered nuts, granola , fresh fruit etc.

For a lemony zingy version, try my Lemon Curd Chia Pudding. Creamy, Zesty and all kinds of amazing. 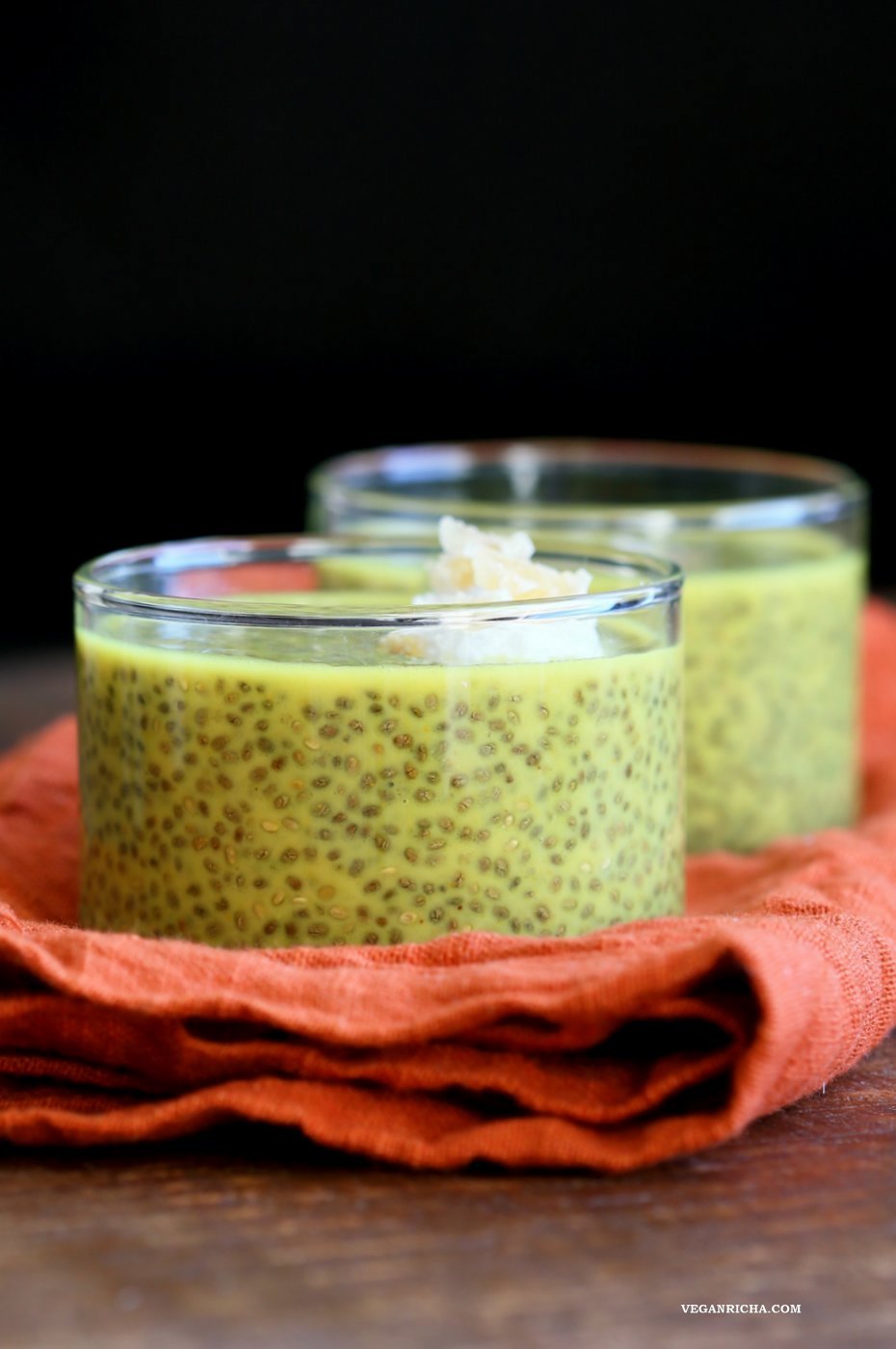 More breakfasts from the blog

This article in the Rolling stones about the puppy mill industry is a must read. “Most every pup sold in stores in America comes from this kind of suffering – or worse,” “A cinder-block kennel, hidden from the street, housed the bulk of this puppy-mill stock: 50 or 60 more parent dogs who’d likely never seen sunlight or spent a day outside this toxic room. They wept and bayed, had gone crazy trying to eat themselves, and spun in crazed circles as we toured the maze of cages. Some went limp as the rescuers knelt to scoop them.” “If you buy a puppy from a pet store, this is what you’re paying for: a dog raised in puppy-mill hell.” Please #AdoptDontShop

Tilikum, the orca whale, passed away last week. He was forcefully bred many times, 11 of his offsprings died before him in captivity. Captivity is not a way to live for these magnificent living beings. There are options such as whale watching tours to see them in natural setting, happy and free. Seaworld, other marine entertainment companies, Suck. 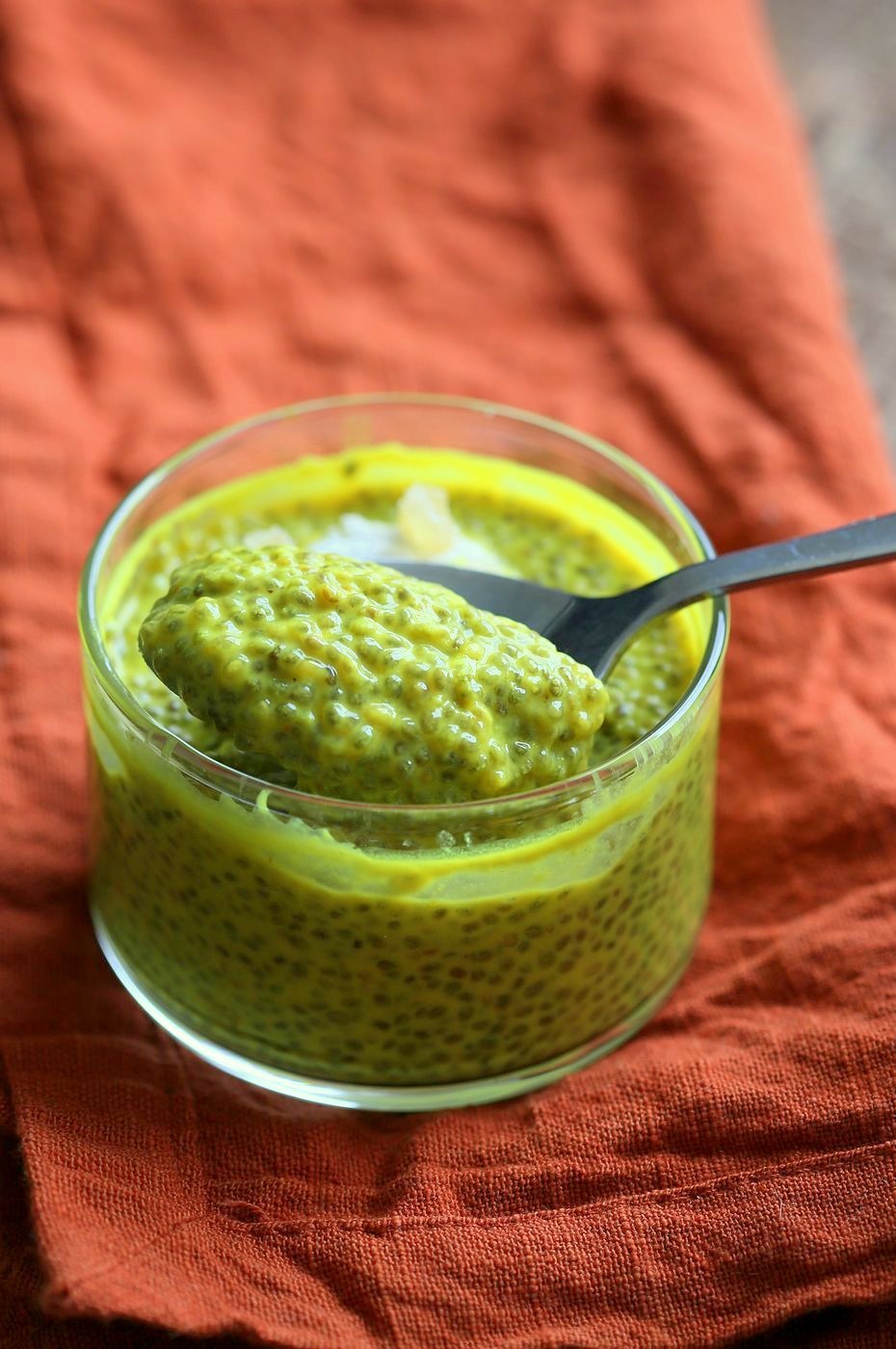 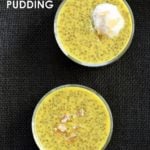 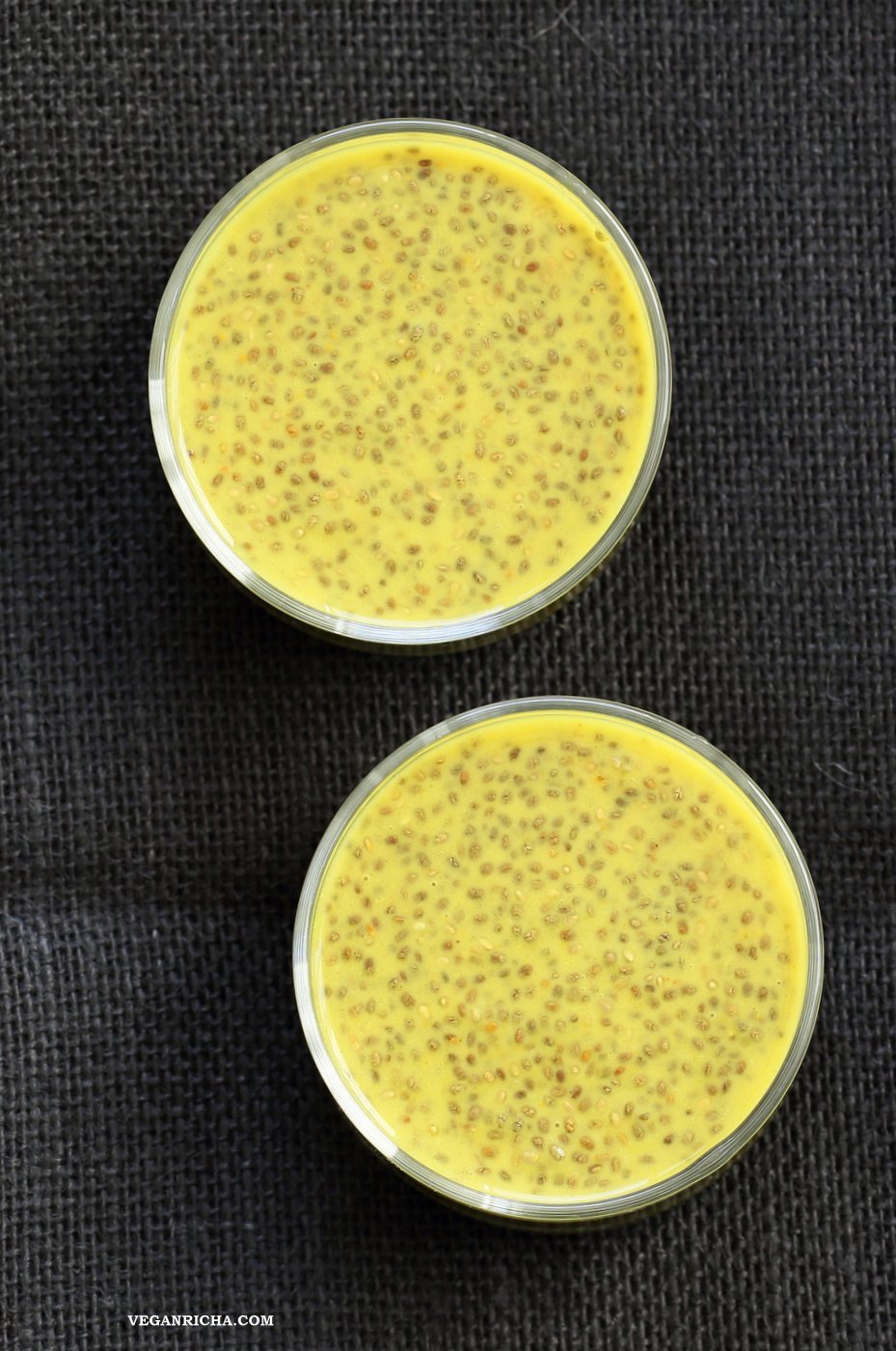