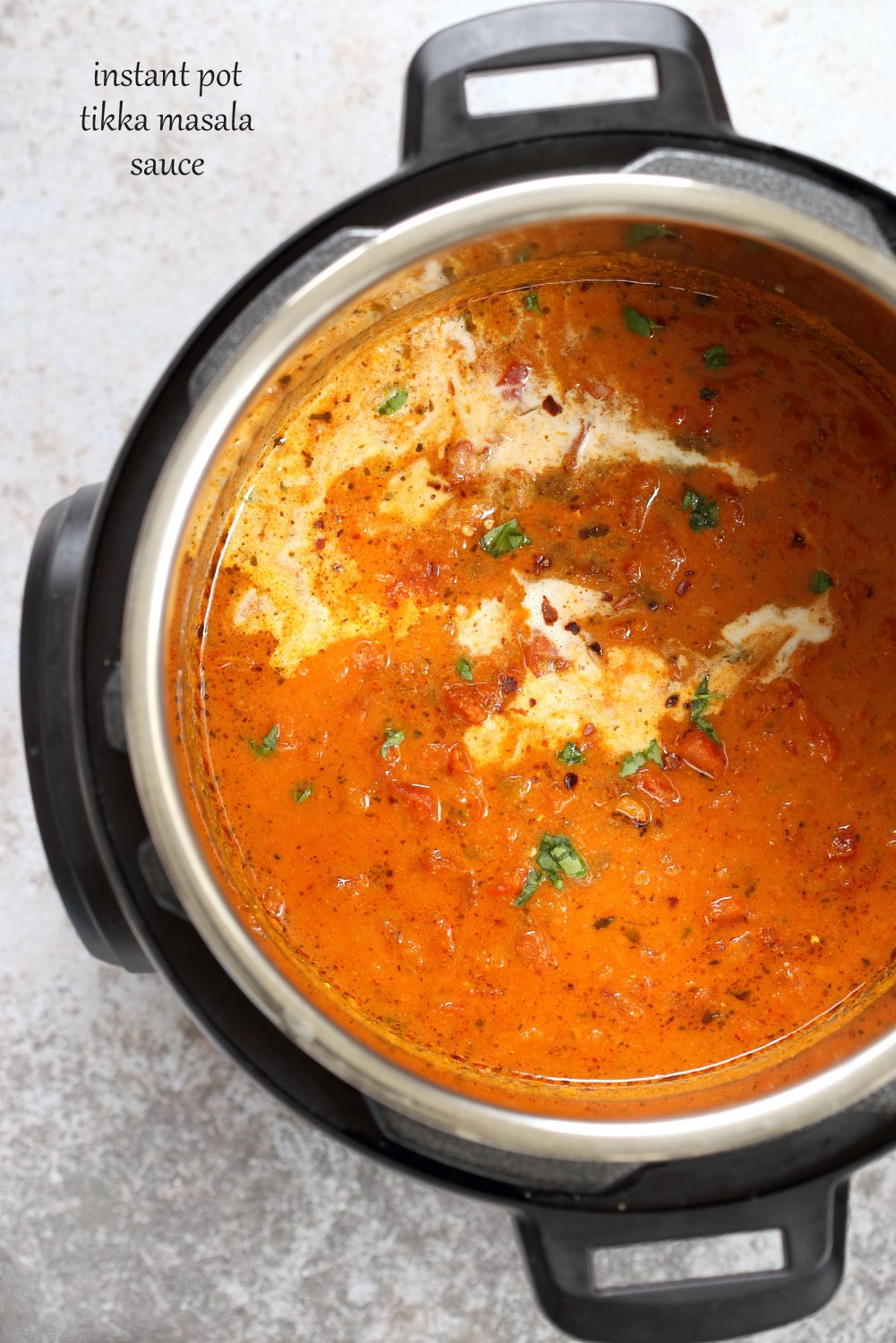 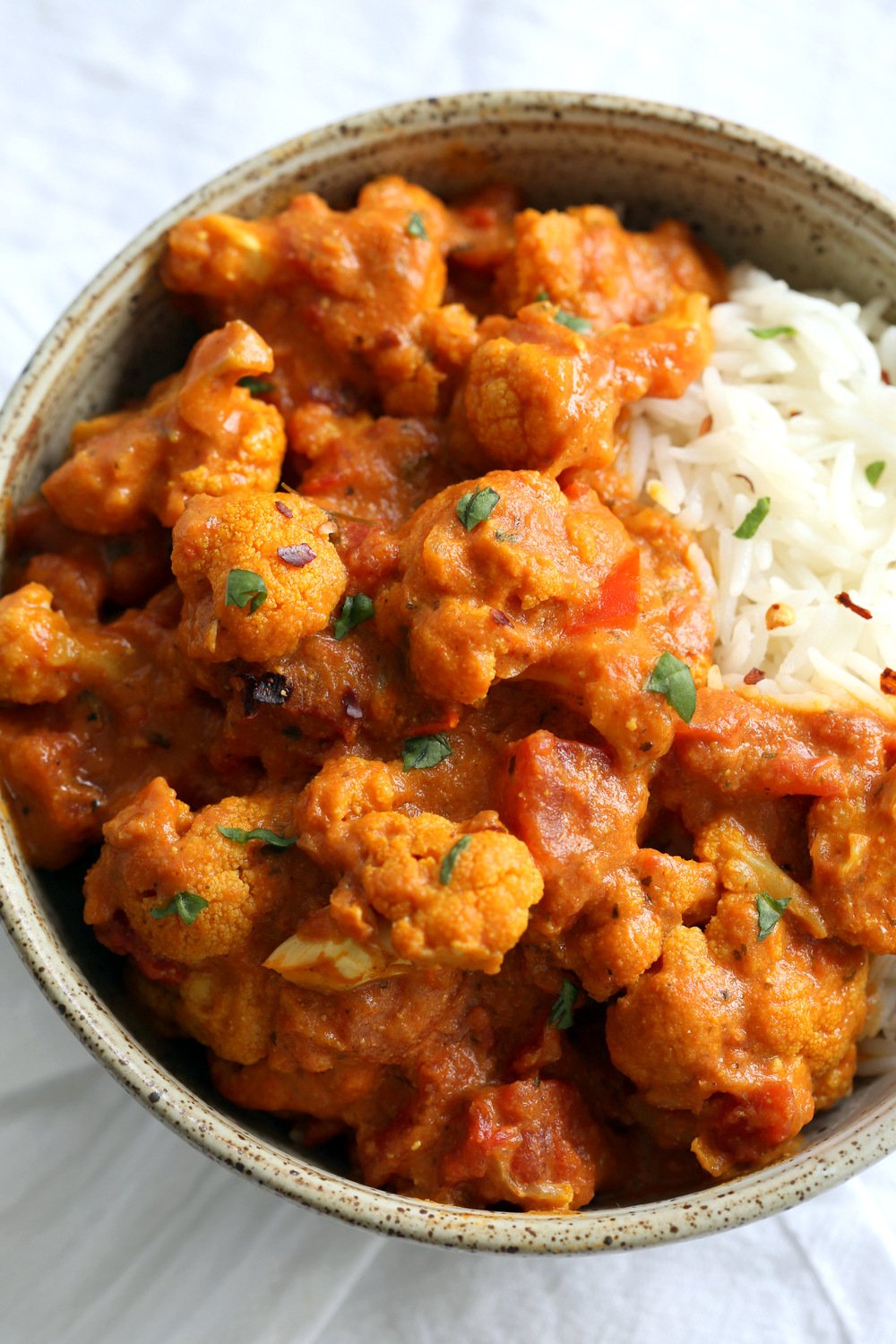 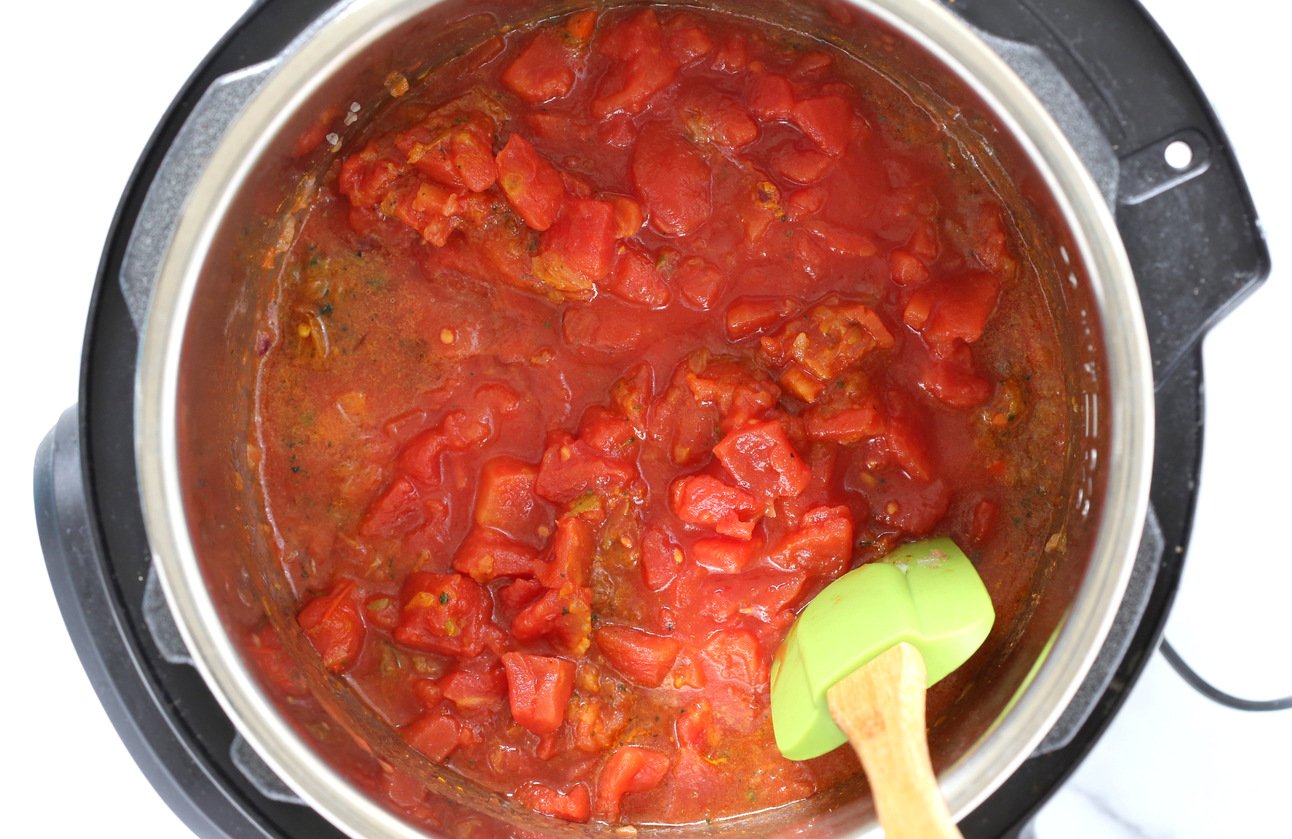 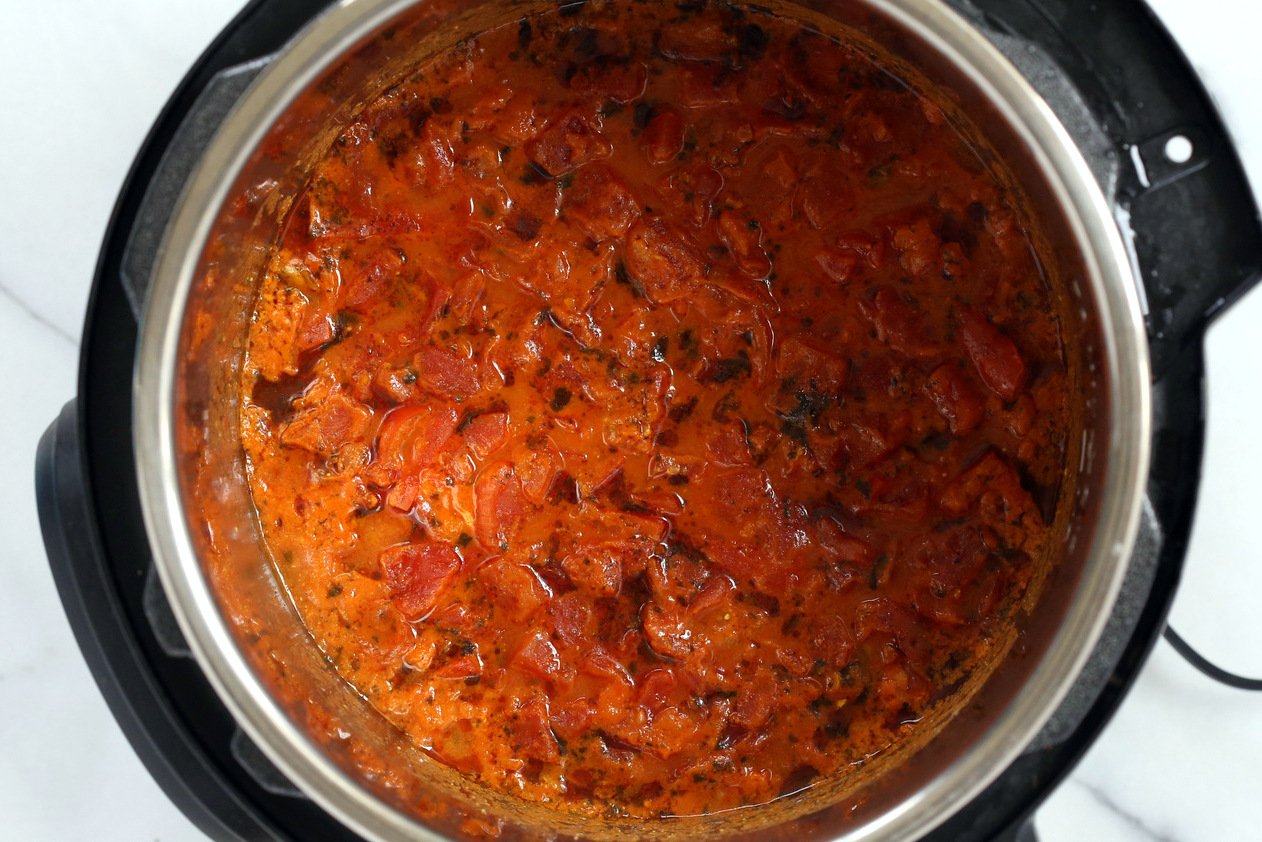 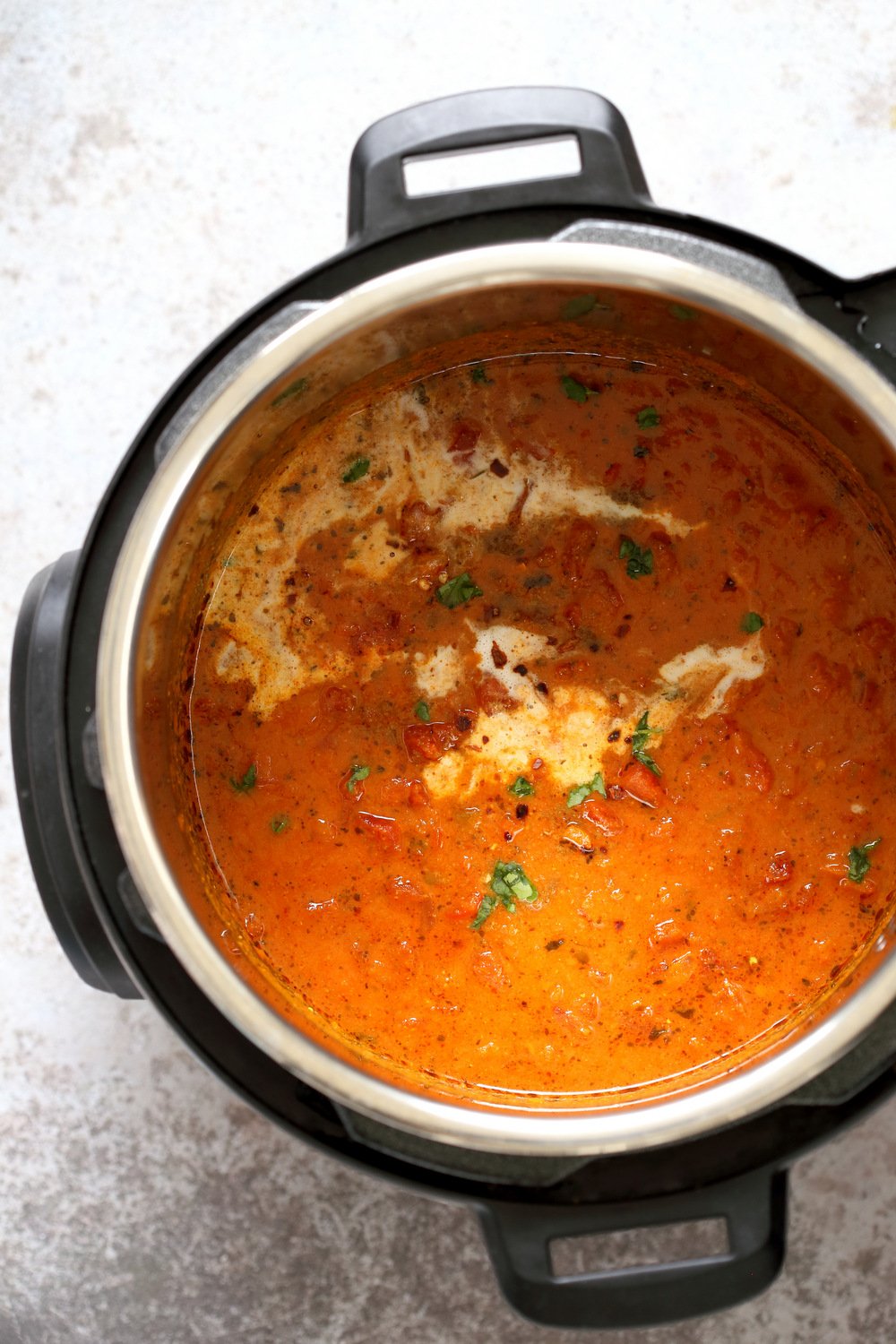 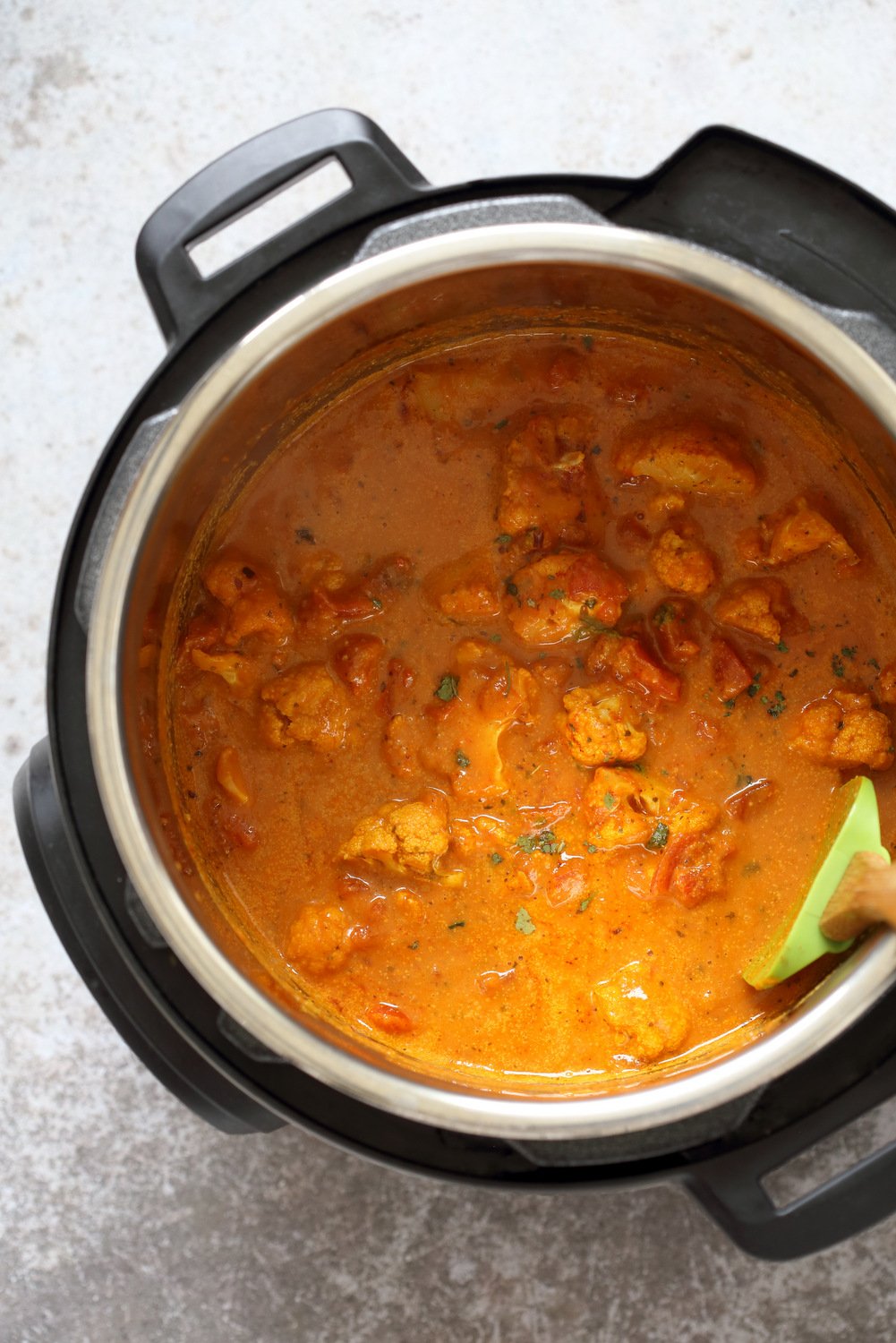 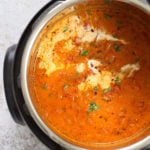 Oil-free: Saute in 2-3 tbsp water or broth. Nut-free: Use soy or coconut non dairy yogurt and cream.  If using fresh tomatoes, add a tbsp of tomato paste with the tomatoes.  Saucepan: Follow steps 1 to 2 over medium heat. Partially cover and cook for 30 to 35 mins. Add some water if needed. Add yogurt and mix in. Blend half the sauce and continue to simmer for another 10 mins. Taste and adjust salt and flavor.  Love this recipe? Then Get my meeting instant pot cookbook! With 150 recipes from Indian and other cuisines.  Nutrition is for 1 serve of sauce