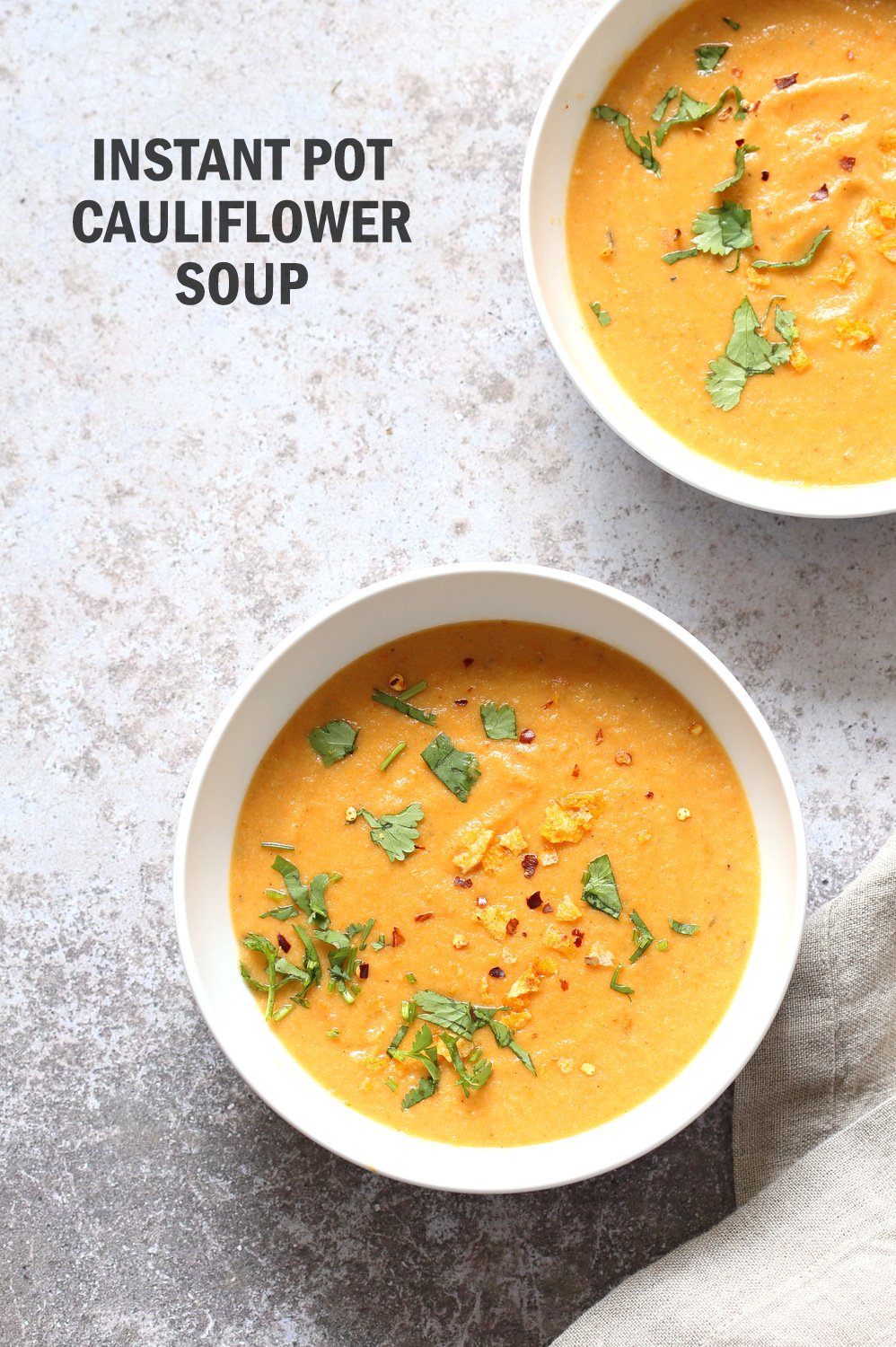 This Cauliflower Soup is Easy, Creamy, Super Quick. It takes just 5 minutes to assemble, blend, then add to the Instant Pot and done!

I blend the Cauliflower before adding to the instant pot. It’s easier and faster than cooking the florets (with or without pre roasting) and using an immersion blender later. Also easier than transferring the hot soup to a blender to blend. Blend before and get the same result! Ah-ha. The blended mix when cooked under pressure cooks out the rawness completely and also adds a flavor as if the cauliflower was lightly roasted!

I add some red bell pepper for color and flavor and herbs and smoked paprika. Then fold in some cashew cream or other non dairy cream of choice to make it creamy and ready to serve. Top with favorite toppings like croutons, veggie bacon crumbles, roasted cajun cauliflower. Delicious and Simple!

More new quicker techniques, tips and Easy options are often found on my Instant Pot Recipe posts. If you make any of these, do let me know in the comments how it worked out and suggestions for tweaks and adjustments that worked! 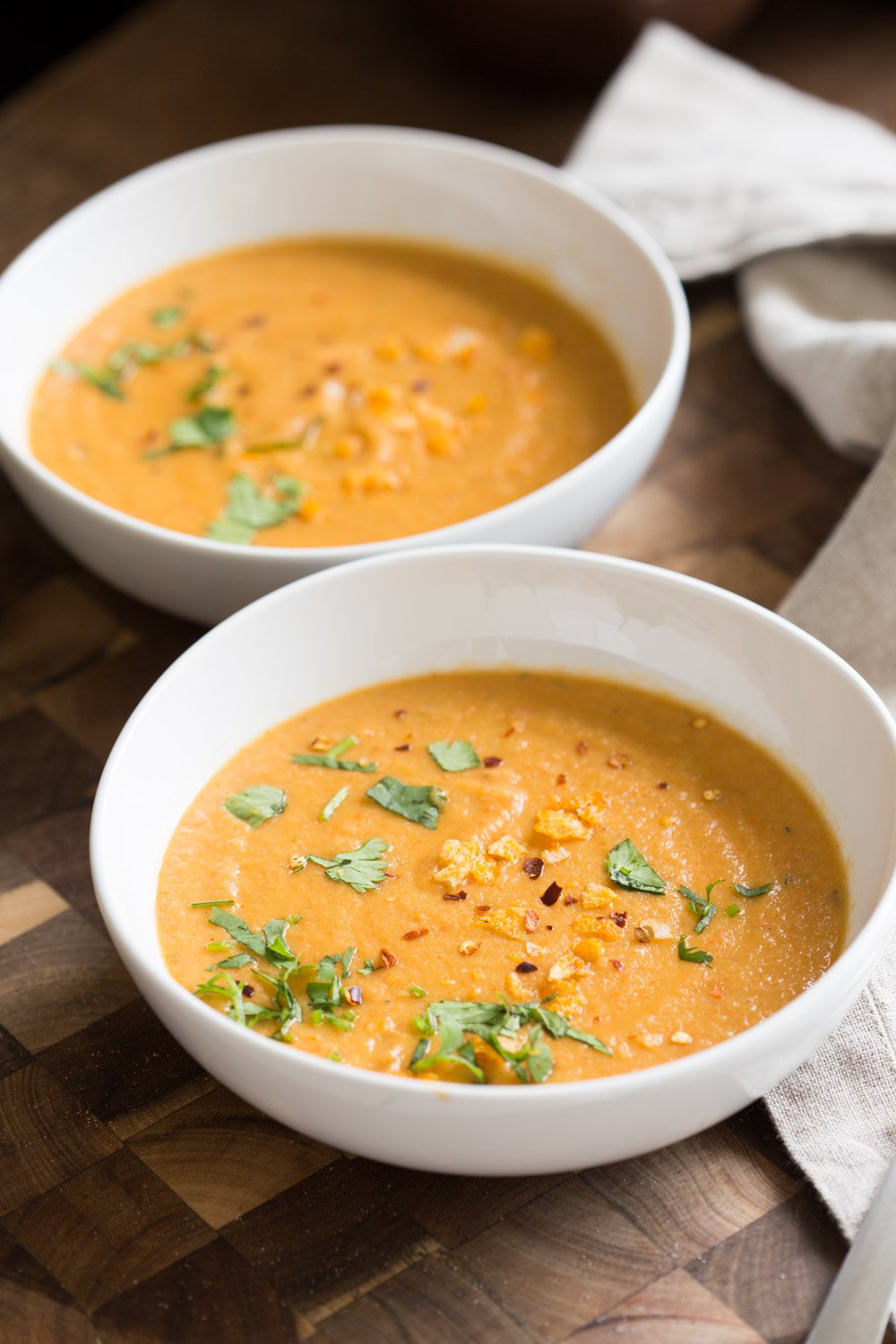 I add the non-dairy cream later after pressure cooking. Creams like cashew cream if added earlier can thicken the mixture too quickly and scorch the bottom or just generally hinder the right kind of cooking of the cauliflower mixture.

While you are here, look through these impactful visuals of what’s inside some baby birds. You guessed it right, plastic and more plastic. 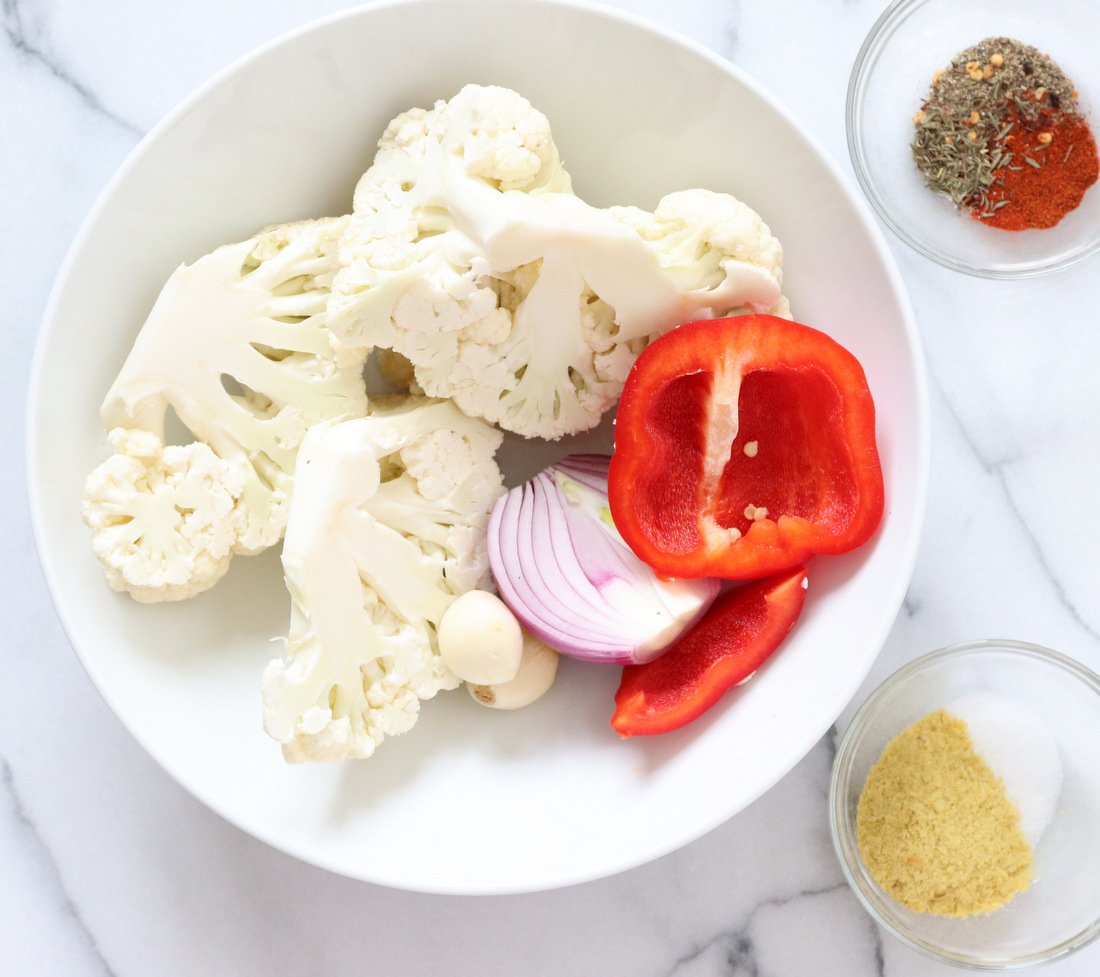 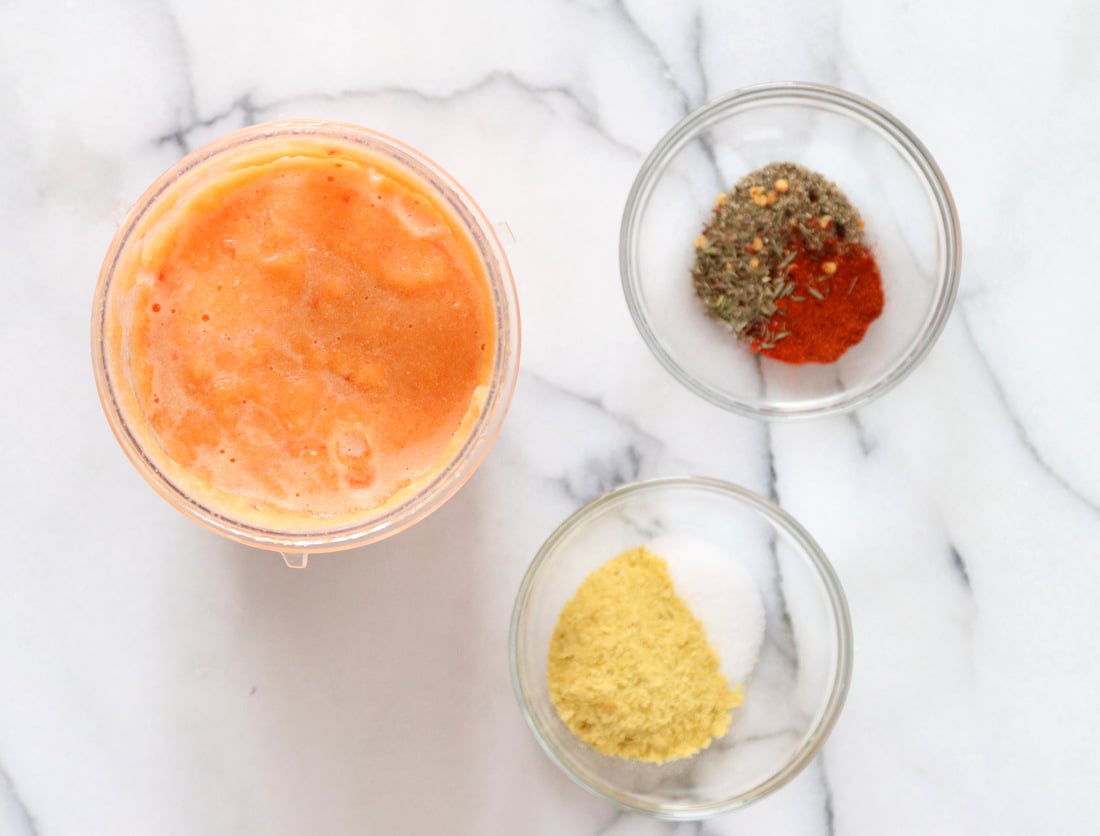 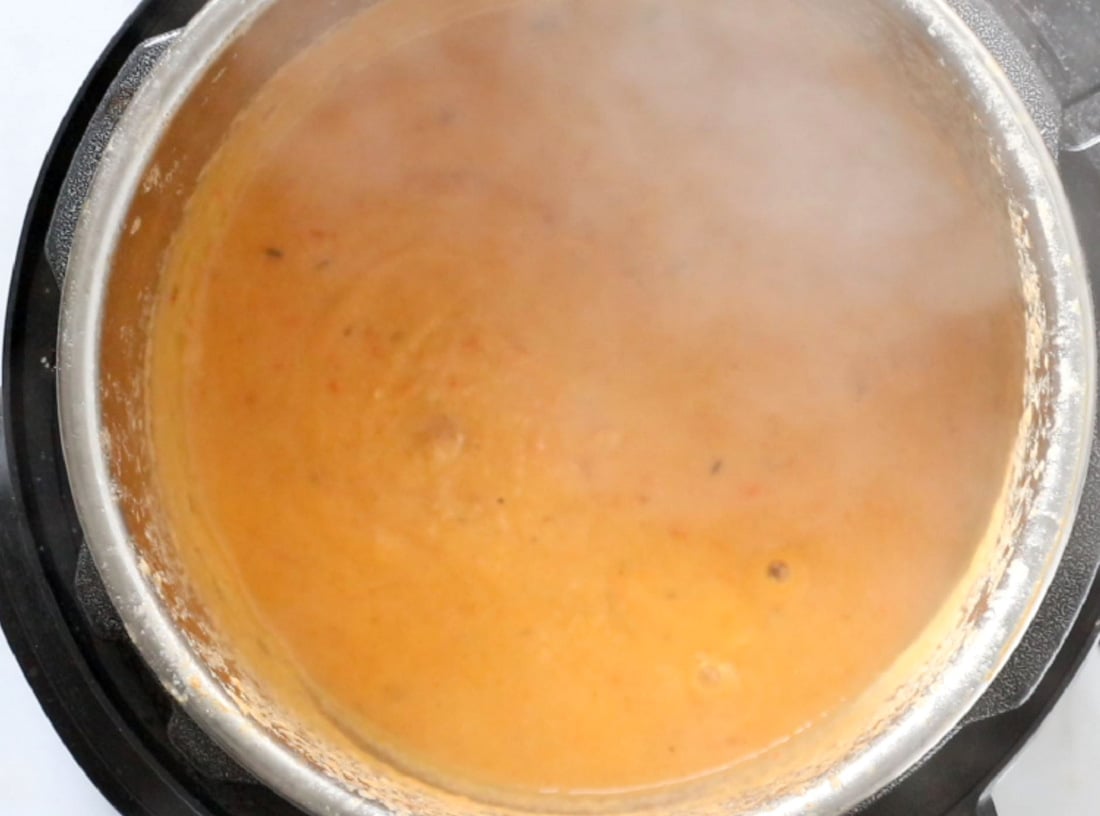 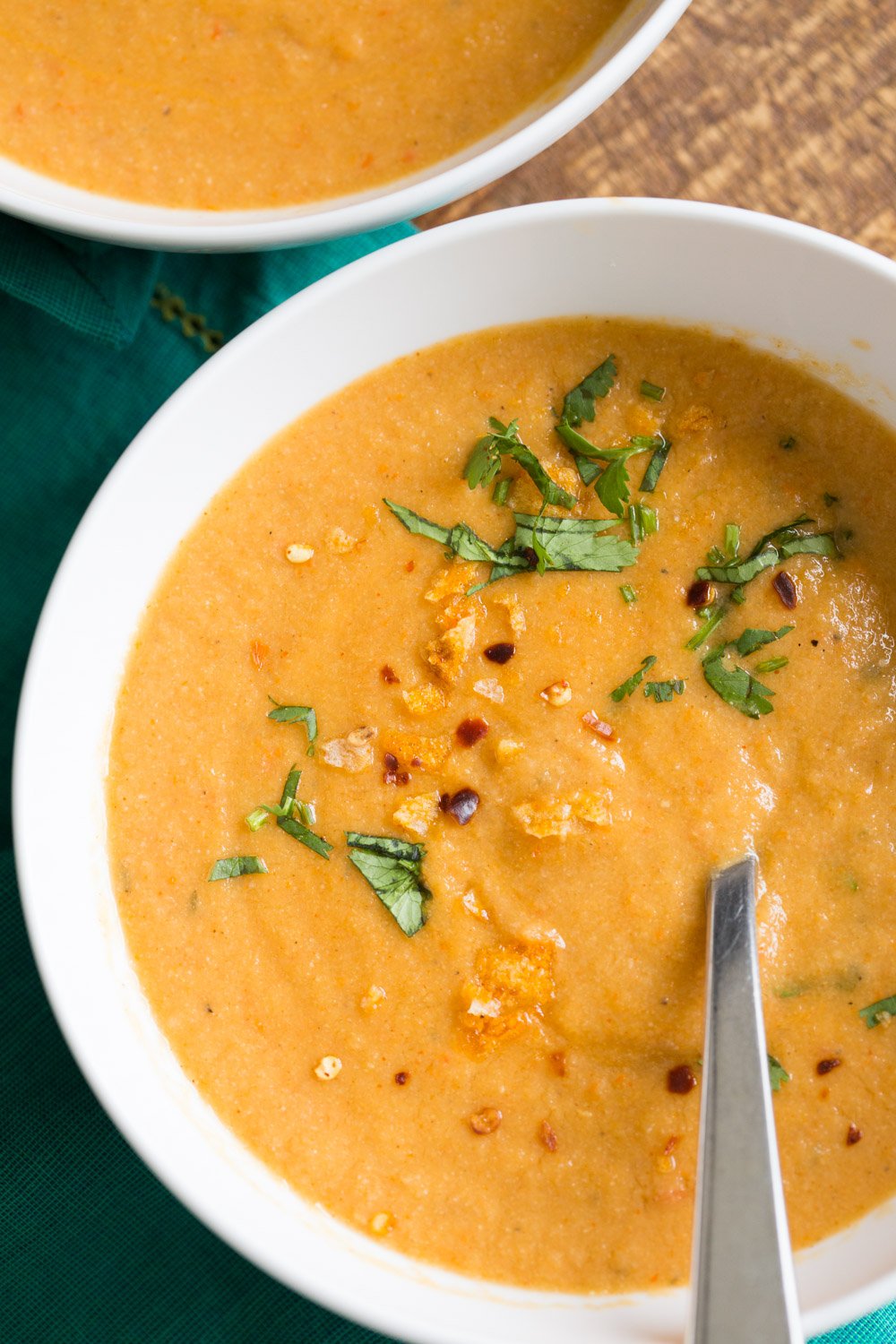 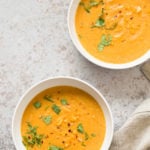 ** This blended mix gets cooked well under pressure. If you are unsure of the raw onion and garlic, you can saute chopped onion and garlic on saute mode until golden. Transfer half of the mix to the blender with the cauliflower and blend.  Raw onion and garlic when blended sometimes can be a much stronger flavor and smell if they are old or get over blended and can overpower the soup. Saute before blending.    Saucepan/Stovetop: Cook the chopped onion and garlic until translucent over medium heat. Add the peppers, cauliflower, spices, mix well and cook for 3 to 4 mins. Add the water/broth and cashew milk and bring to a boil. Continue to cook partially covered for 10 mins or until cauliflower is cooked through. Blend the soup using an immersion blender or regular blender. Taste and adjust, add more broth if needed.    Nut-free option: Use pumpkin seeds, coconut cream or other nut free cream /thick milk (about 1 cup) or a combination.   If you add the cashew milk before cooking, the mixture will thicken too quickly and the IP might give a burn signal.   Nutrition is 1 of 3 serves