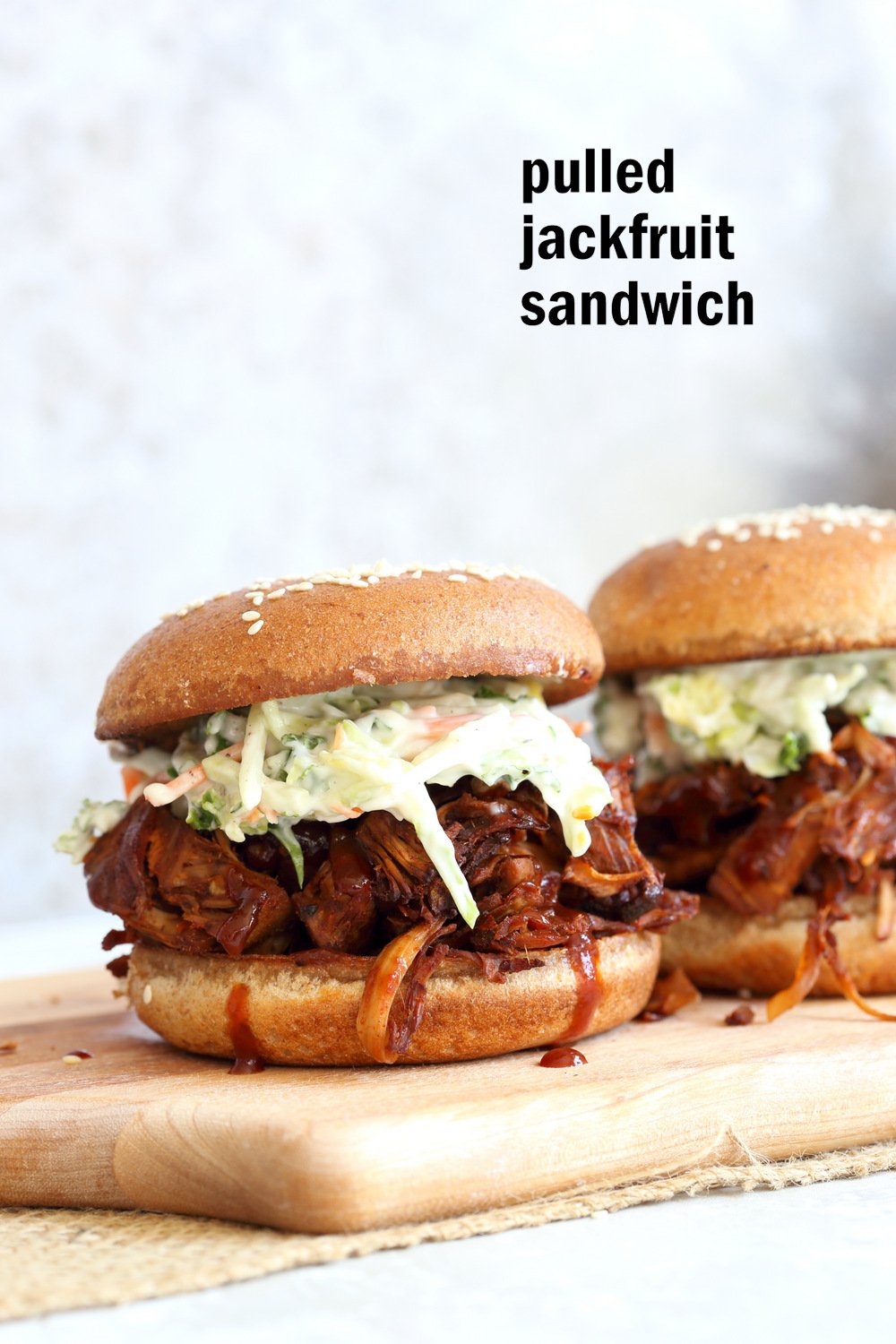 Unripe Jackfruit, a huge fruit commonly found in tropical climates, has a string like shreddable texture which works great in some applications to make vegan version of meaty meals. It is often used to make a pulled “pork” to fill up sandwiches or tacos.

While trying out my soycurl mango bbq tacos, I felt that this short method of directly baking works out best for me. No additional pans, no additional kitchen standing time! Just shred, mix bbq sauce + seasoning, spread and bake. And done! It cannot be simpler than that!

Change it up with different seasonings such as a mix of bbq and cajun, jamaican jerk, taco seasoning etc. This slaw is a basic one with some vegan mayo, pepper, vinegar and sweetener. Make a double helping of the jackfruit and add to sandwiches, tacos or wraps! 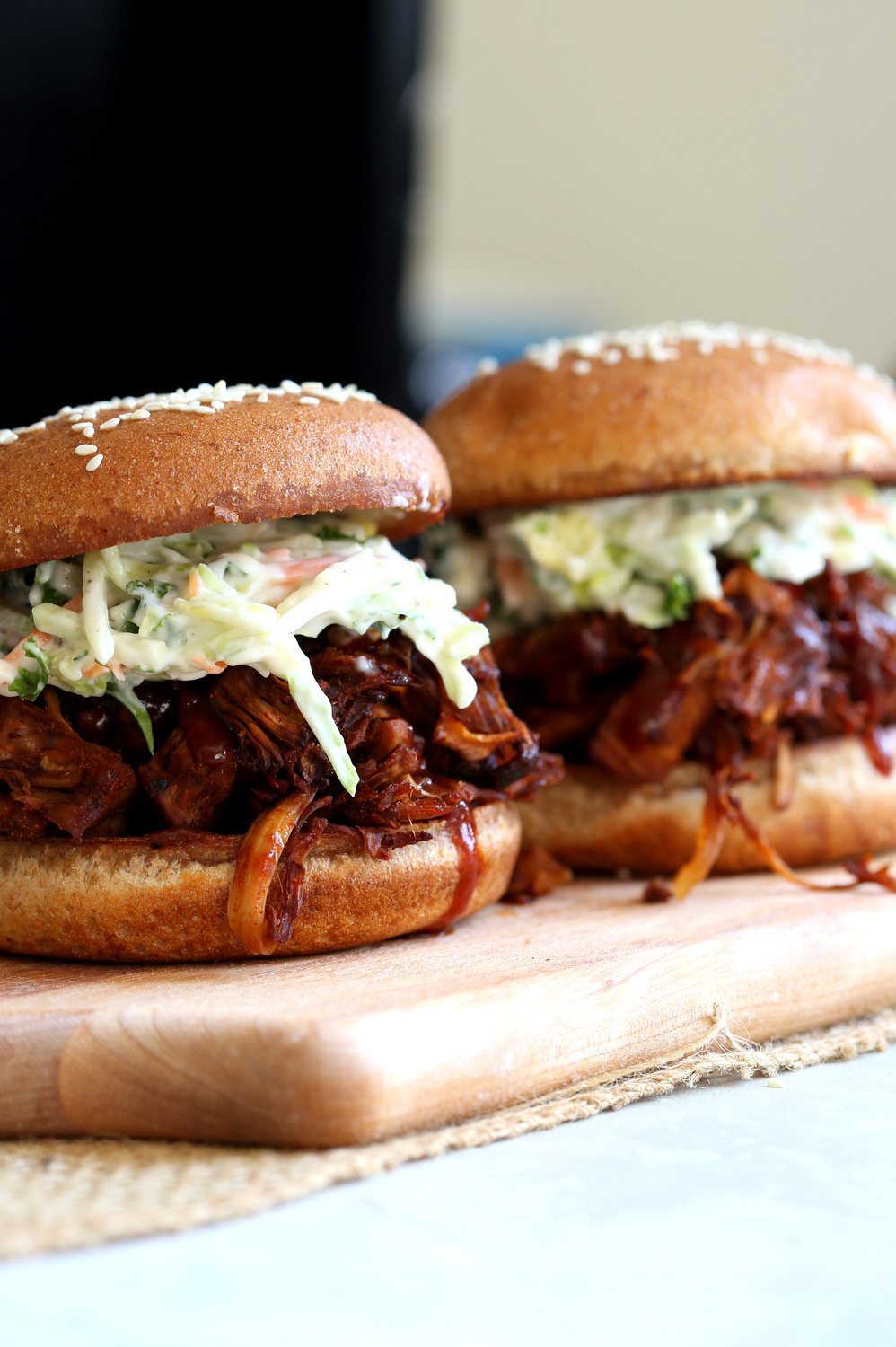 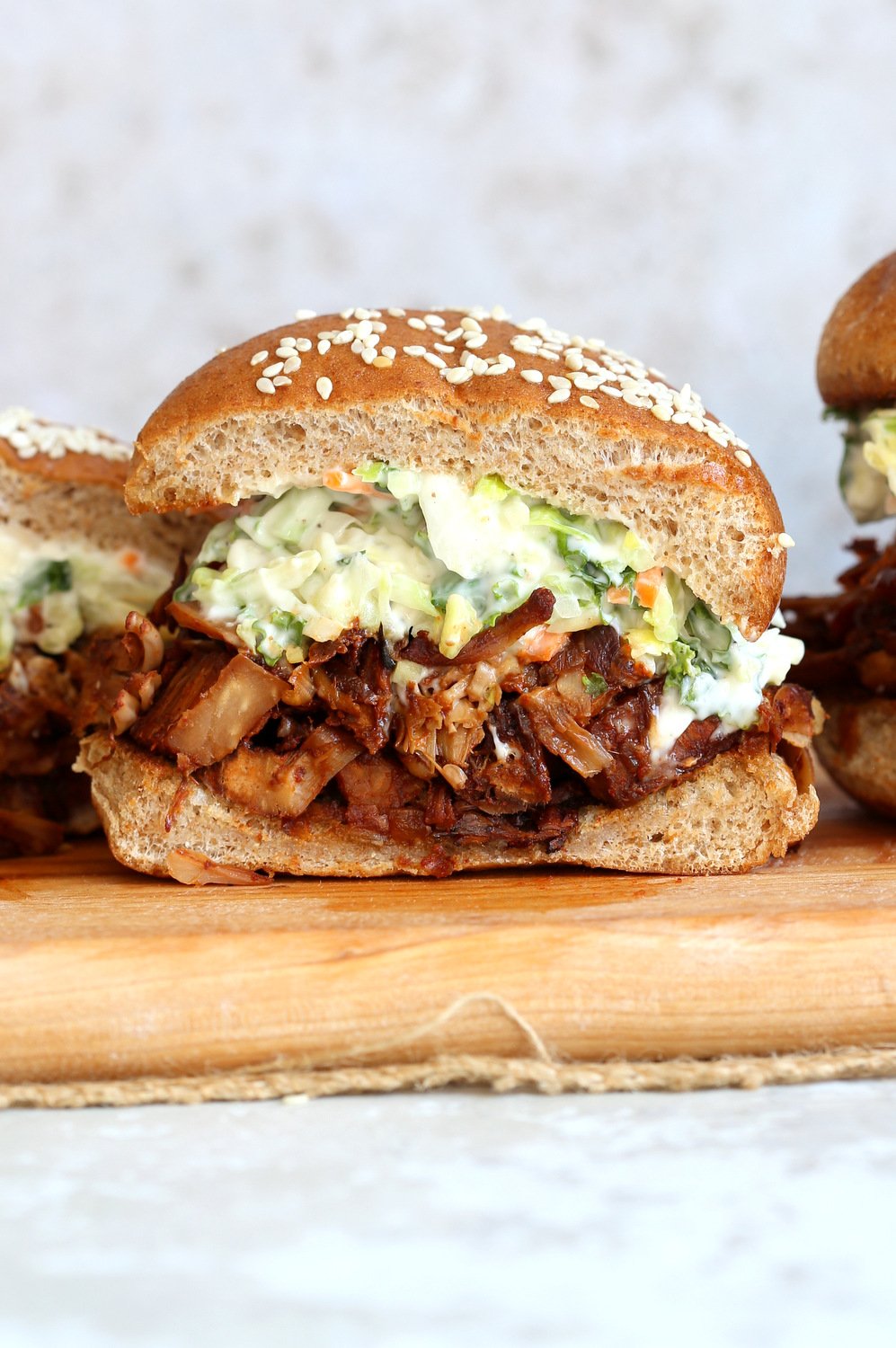 Squeeze the jackfruit in a kitchen towel. Then shred with hands or a fork or knife and add to a bowl with onion, garlic, ginger. 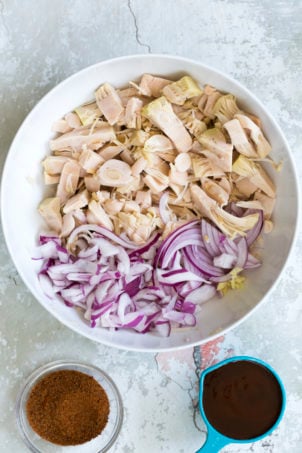 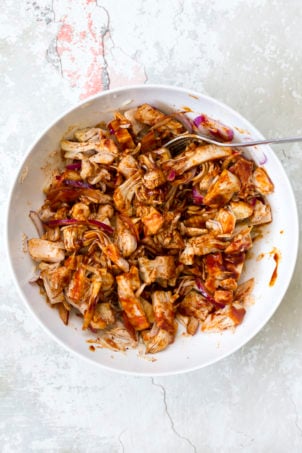 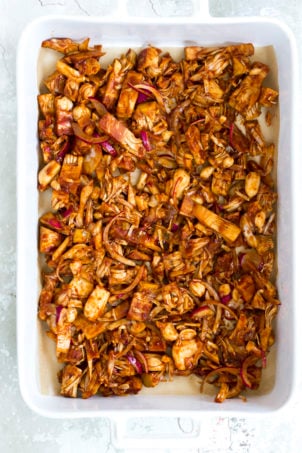 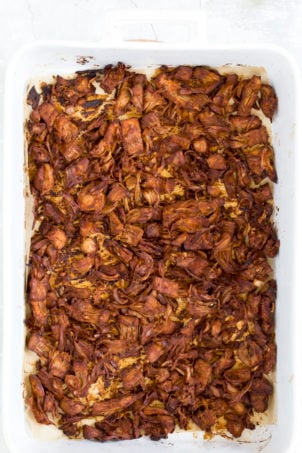 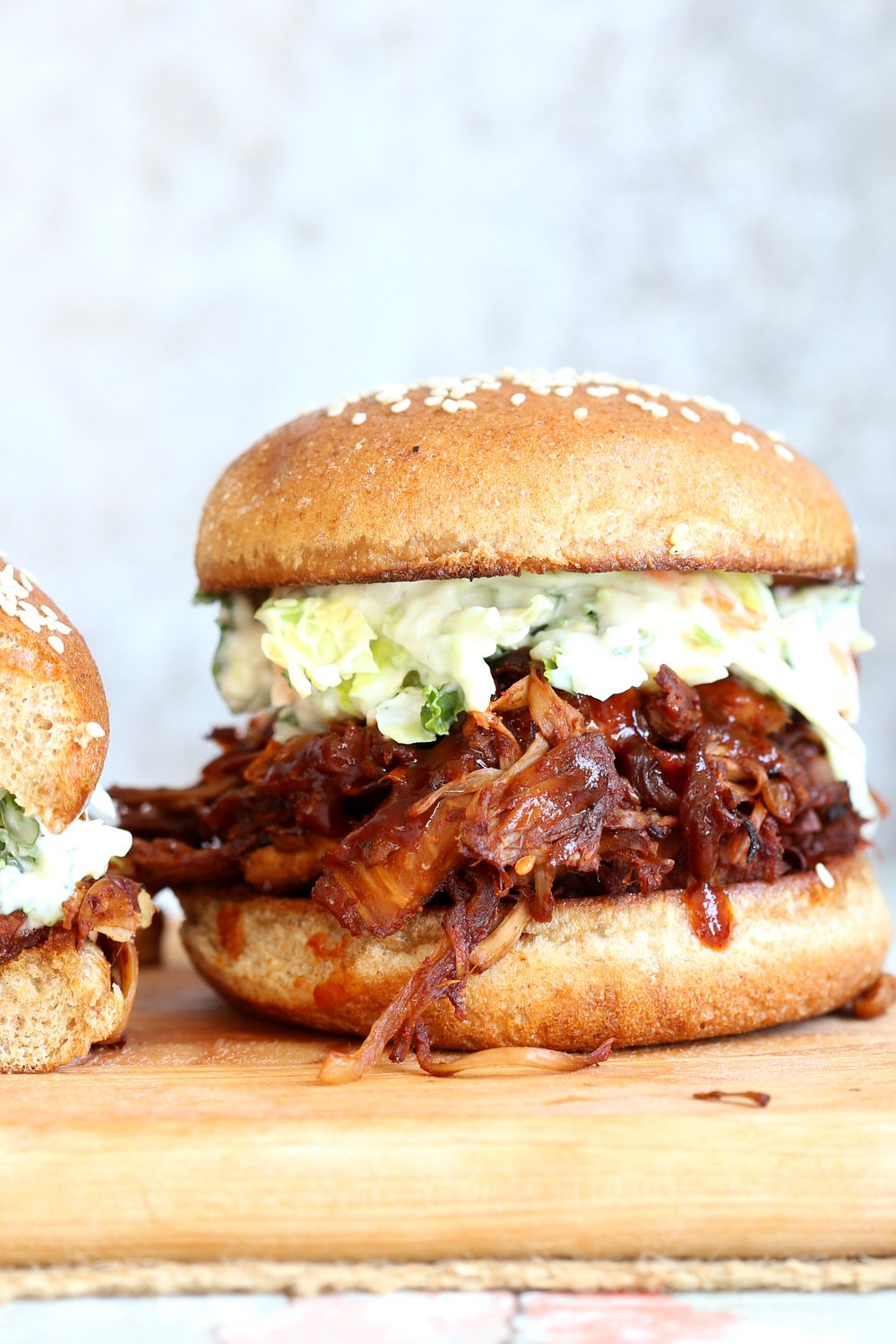 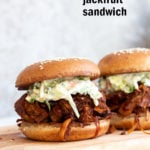 Glutenfree: Make tacos with gluten-free flatbread or make a bowl Soyfree: Use my soyfree bbq sauce from Everyday Kitchen book BBQ Seasoning: mix and store  Nutrition is for 1 serve (1 sandwich) does not include bread.