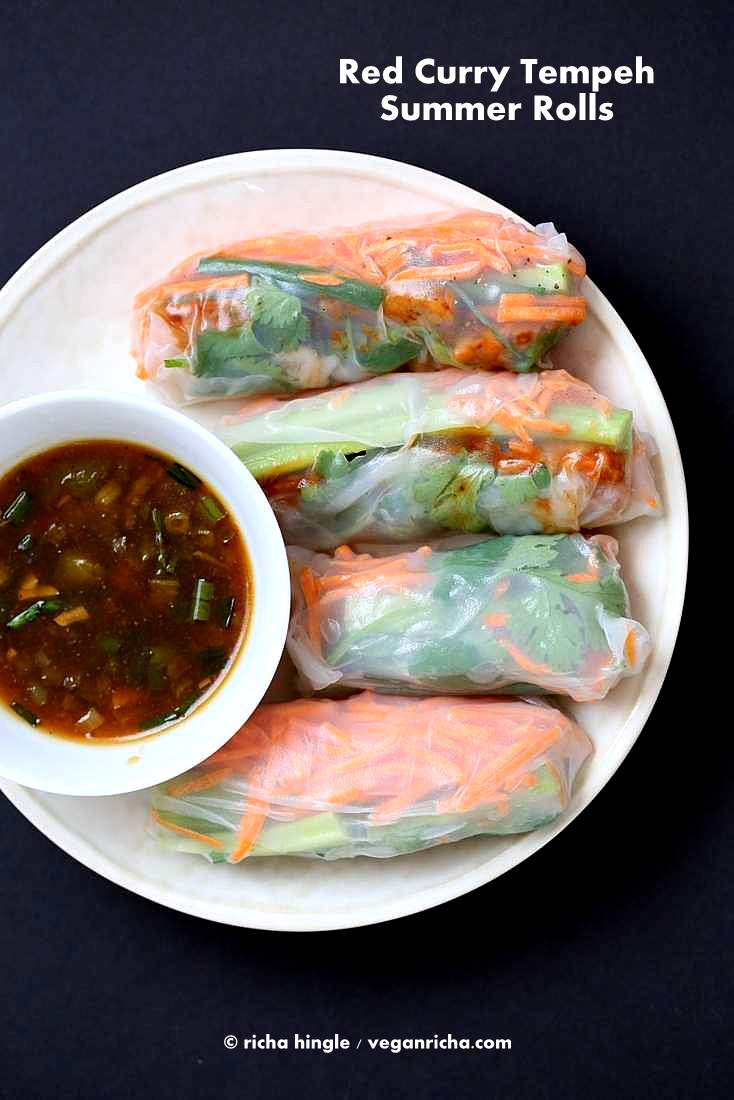 I am getting better at rolling up Summer Rolls! They are a great way to finish up stuff from the refrigerator without spending too much time standing near the hot kitchen stove.

I used 3 grain Tempeh for the rolls. Tempeh was steamed and marinated in red curry, maple, soy sauce marinade and cooked until the marinade thickened. Then I went to the fridge and shredded, sliced whatever I had.

Folded up in the roll and served with manchurian sauce pictured (sauce with veggie cabbage balls from the book). These rolls can also be served with a delicious tonkatsu sauce or Thai Peanut butter sauce. 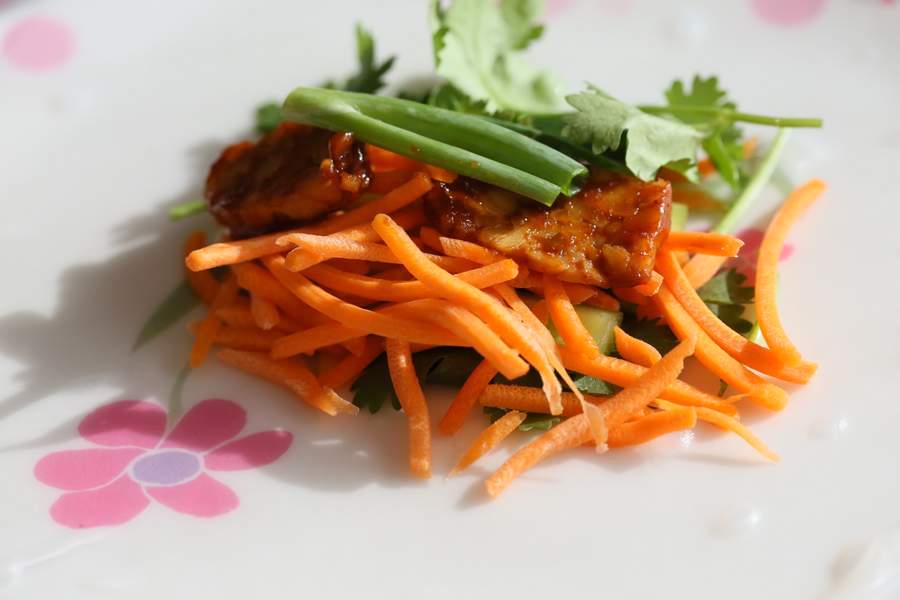 More Tempeh Recipes from the blog.

In other news, ever wonder What happens to balloons that float away? Helium balloons or other colorful balloons? Everything that goes up, comes down.
Balloons, even though some are biodegradable, take years to degrade. In that time, they kill countless animals and cause dangerous power outages. Sea turtles, dolphins, whales, fish and birds have been reported with balloons in their stomachs and ribbons and strings can lead to entanglement, causing death.

Also, today is the release day of Unity. A film by the writer director of Earthlings. Unity takes an in-depth look at what it truly means to be human. The film presents a message of love, tragedy and hope, all set against the backdrop of some of the most compelling 20th and 21st century footage imaginable. Watch the trailer here, and find a screening near you here. 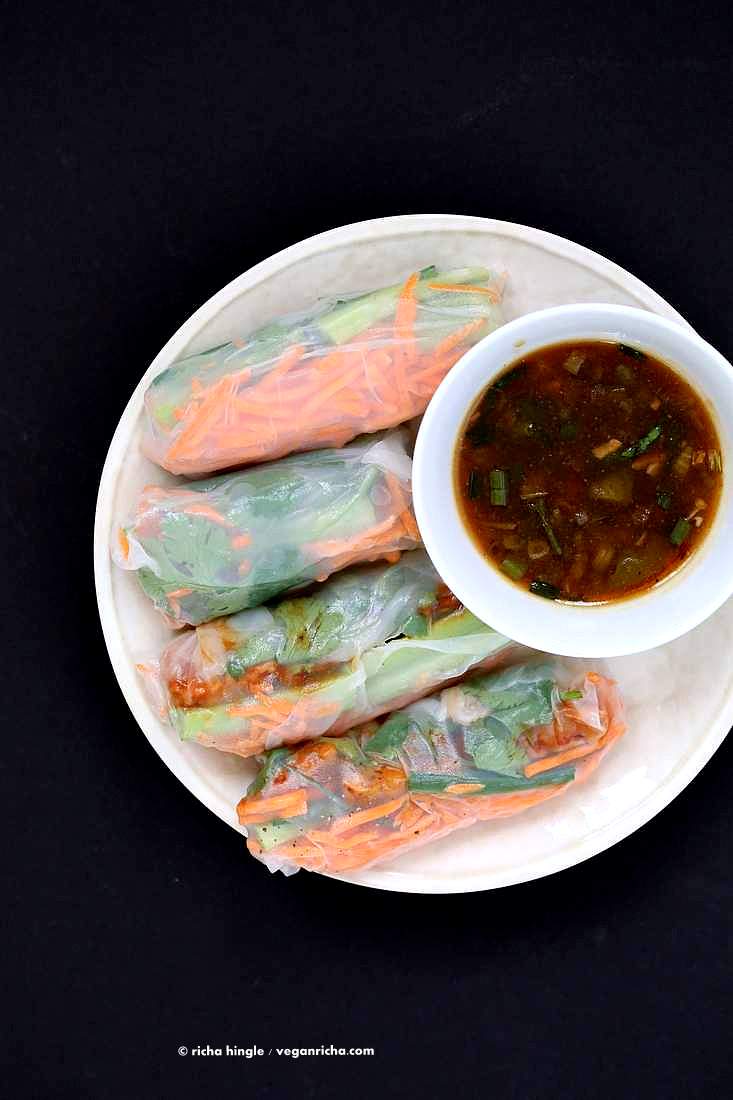 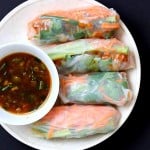