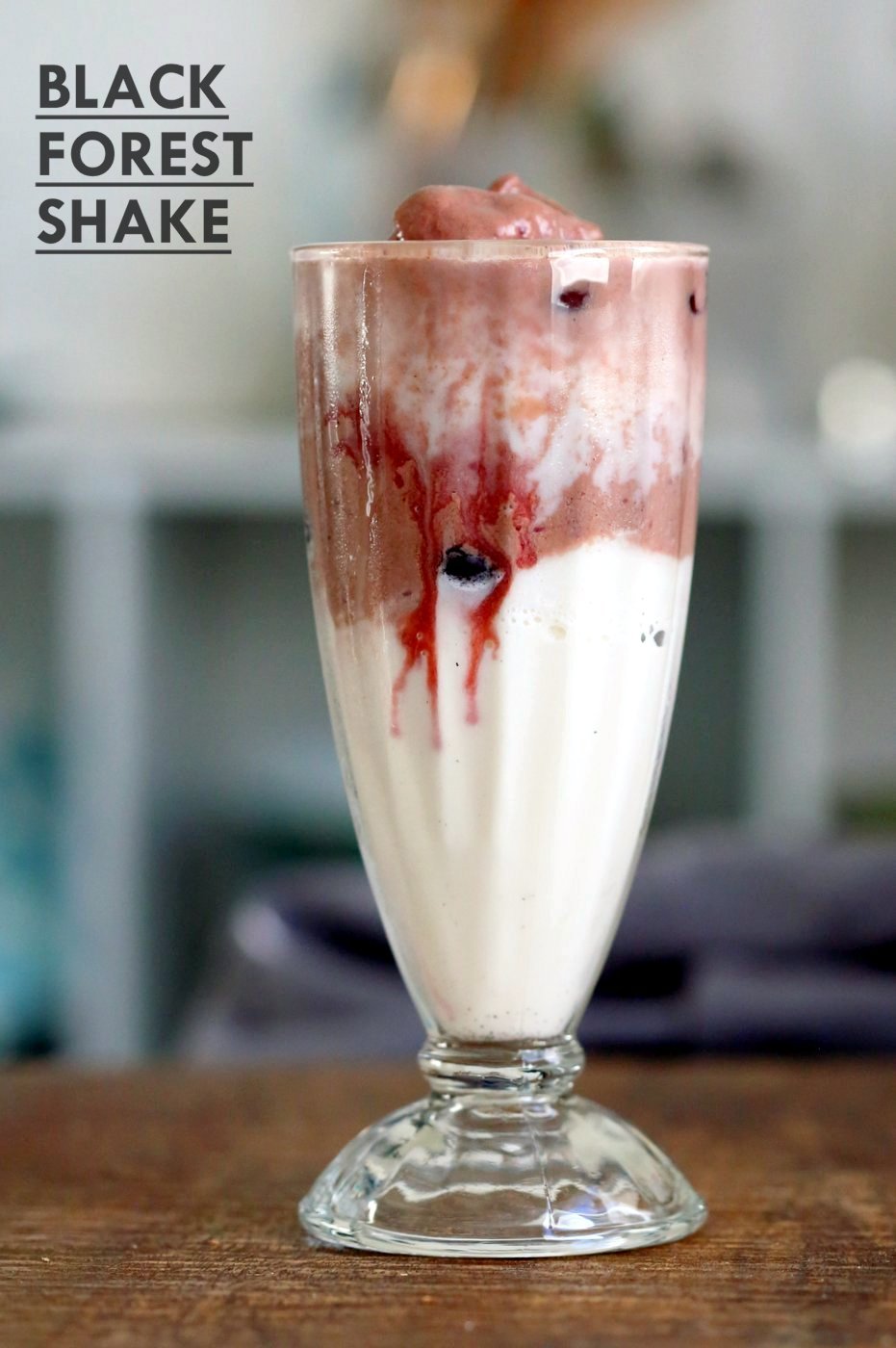 The heat has been creating all kinds of problems in the PNW, mainly trapping the smoke from the wildfires up north, which adds to the breathing issues. I think the oven has stayed off for about 4 weeks now which is a record.

No cookies or cakes means they get needed in alternate forms. Cookie Dough Blizzards or this Black Forest Shake.

Chocolate ice cream, frozen non dairy milk and some cherries blended in to make the chocolate cherry layer. Vanilla ice cream blended in for the creamy vanilla layer. Add some cherry compote between the 2 and boom!

The shake can be easily made into smoothie or protein shake for breakfast with frozen banana instead of ice cream, some protein powder and seasonal fruits frozen. Easy and Amazing! Whats your favorite Summer Dessert? 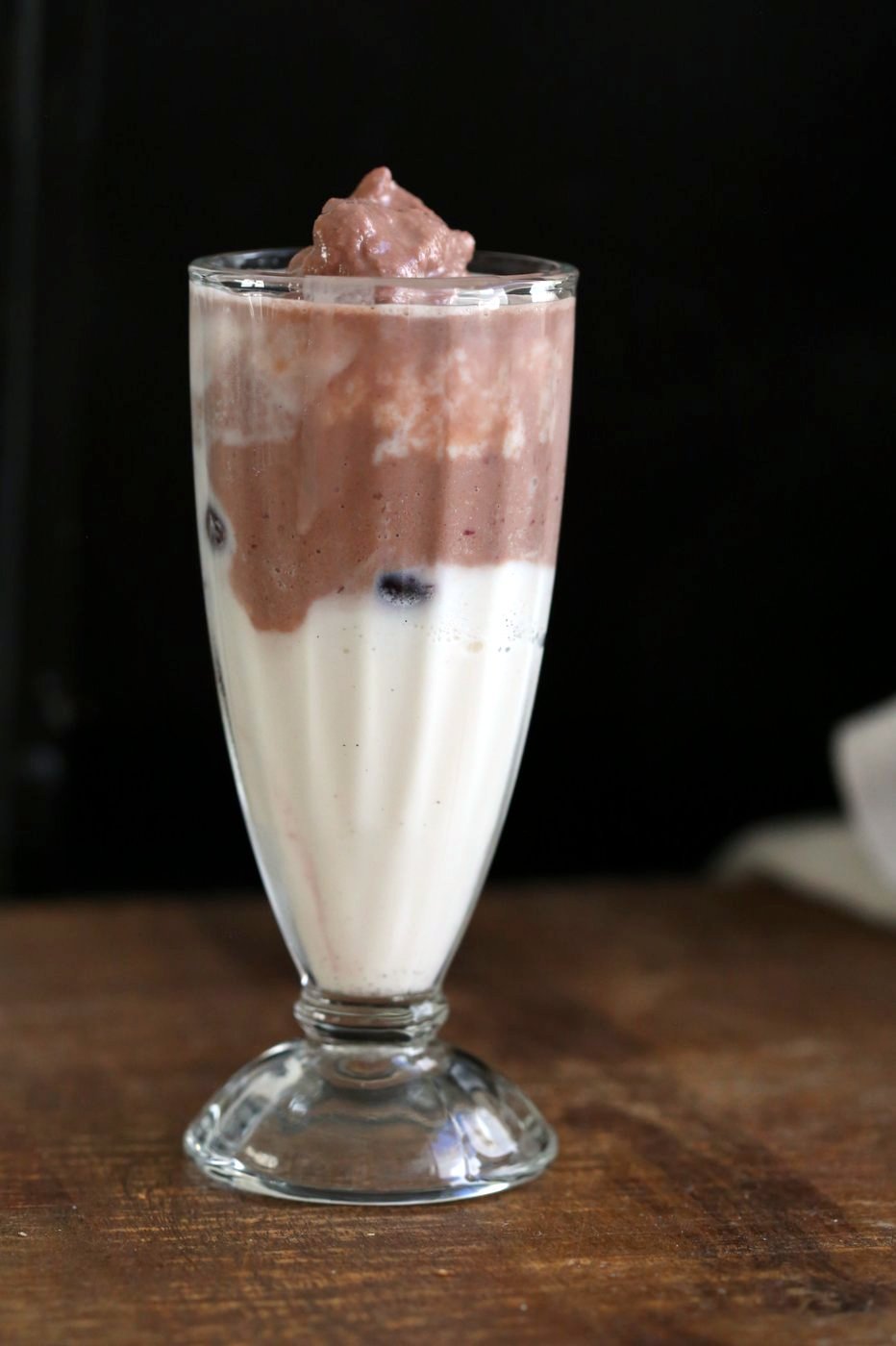 More Summer beverages from the blog

If you make this shake or any others from the blog, so let me know in the comments about how it worked out! Tag me on Instagram #veganricha 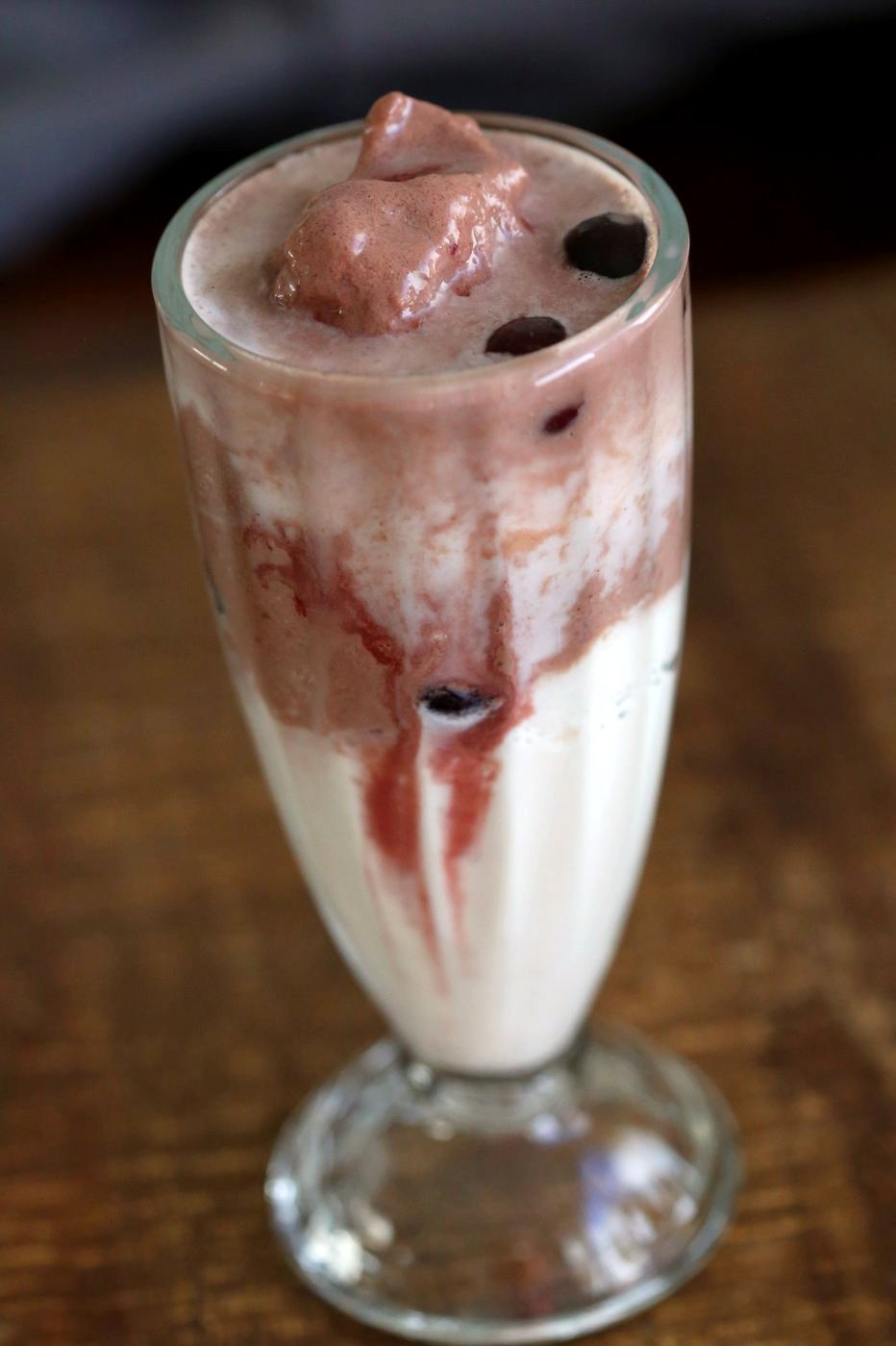 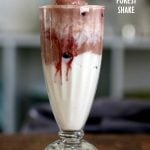 Variation: Replace some of the ice cream or milk cubes with frozen banana for a lower fat option. Use dates to sweeten. Nutrition is 1 of 2 Serves calculated with So Delicious Cashew milk ice cream. 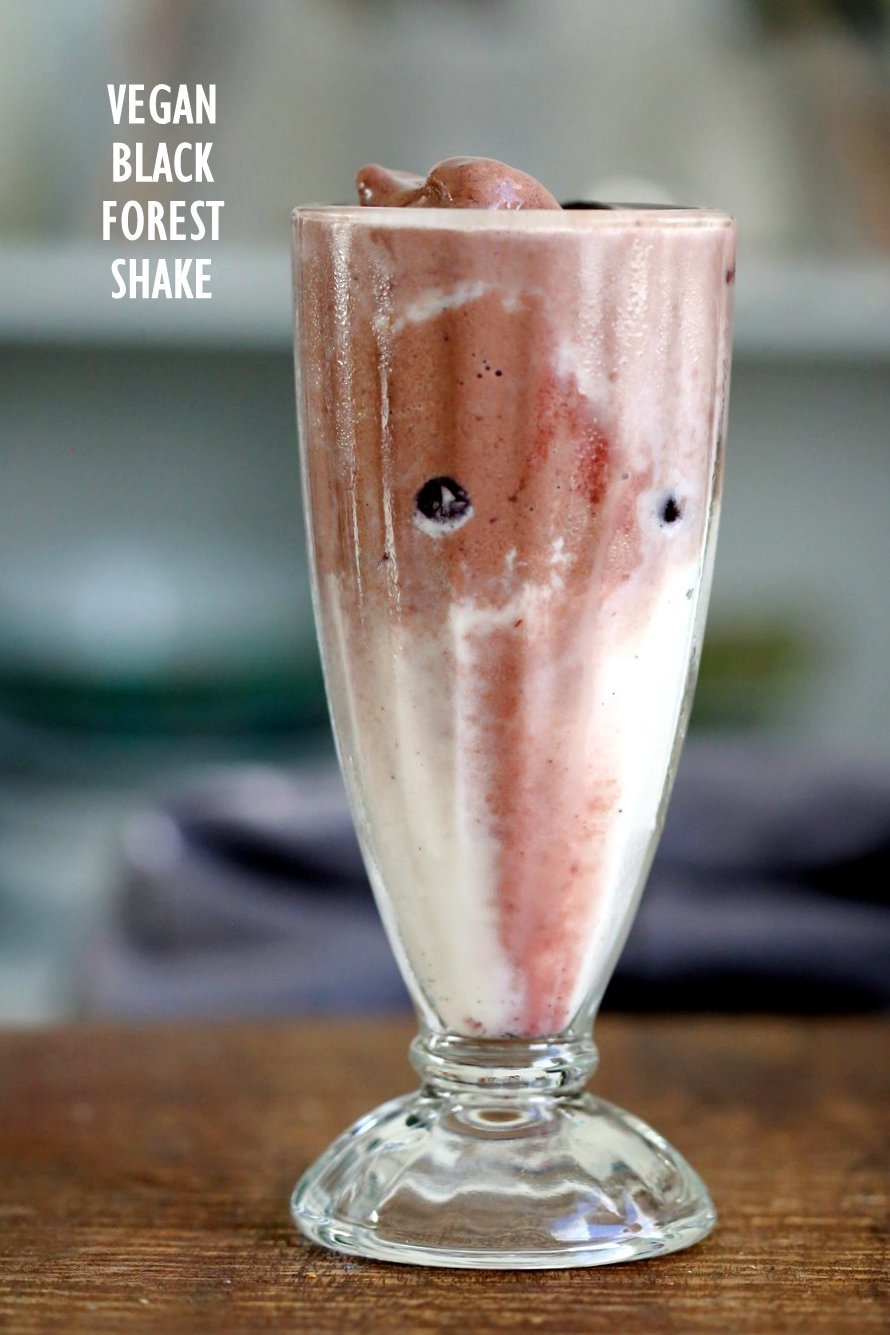