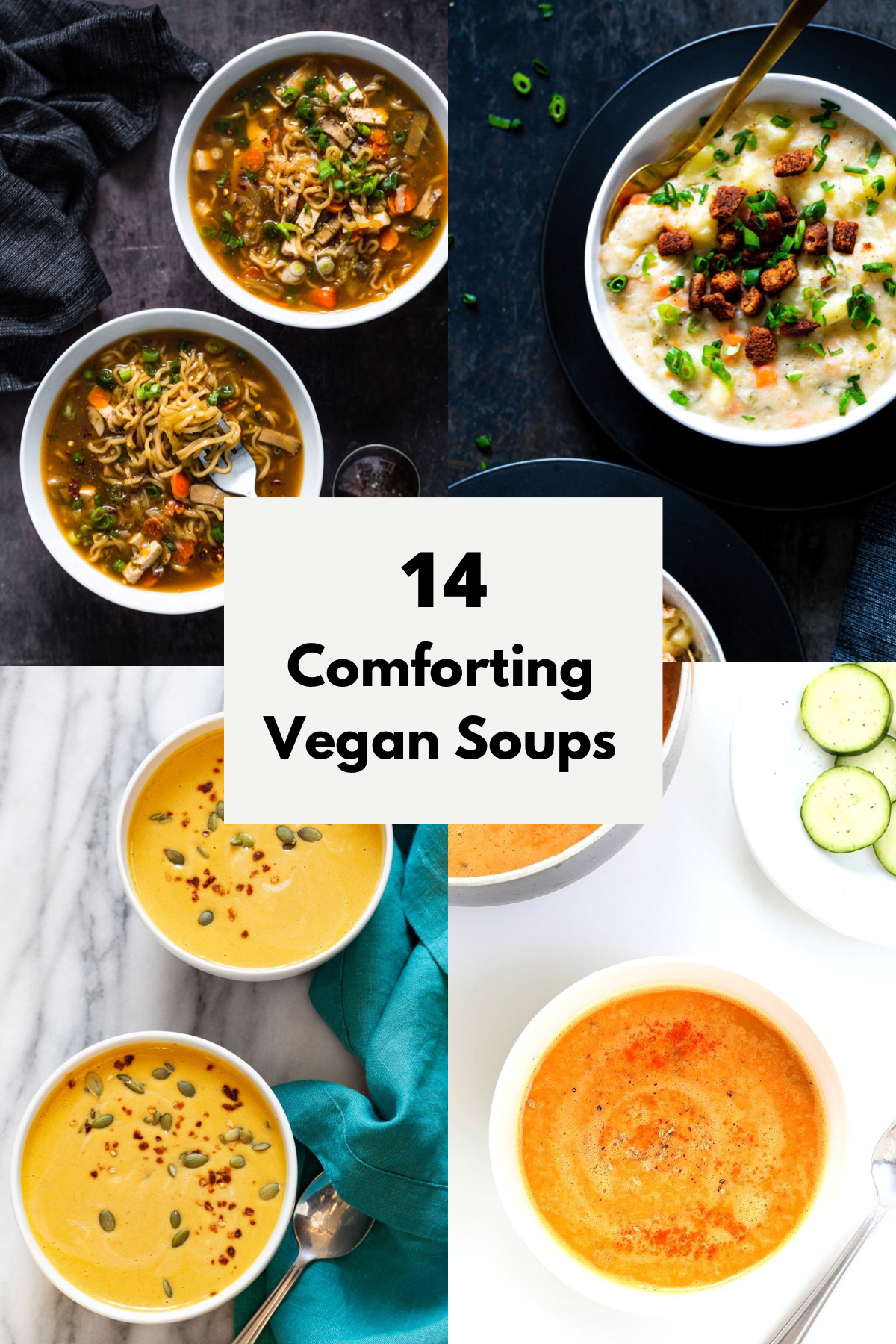 It’s cold out here and all I’ve been craving this past month is soups. Here are few you can whip up for a cozy dinner by the fire.

Ah it’s our adopted puppet’s  birthday today! Send him some good vibes. We adopted him from the shelter last year and he will be 7 years old today.
Also it’s big game day! See here for all the fun party recipes 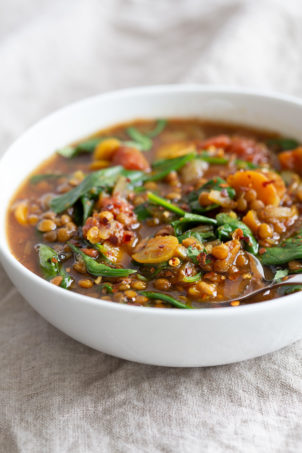 Lentil soup : Els says ….“Absolute winner with our (usually fussy) family!! We used this in our brand new instant pot, and found recipe easy to use and result looked pretty much like the pic!”

Chickpea rice soup: Meredith says ….“5 stars for sure! I usually just use recipes for inspiration, but this is one that I come back to, and actually do it word for word. Don’t wanna mess up this magic. Making it for my non-vegan in-laws tonight because it’s perfectly hearty and comforting and everyone always loves it!” 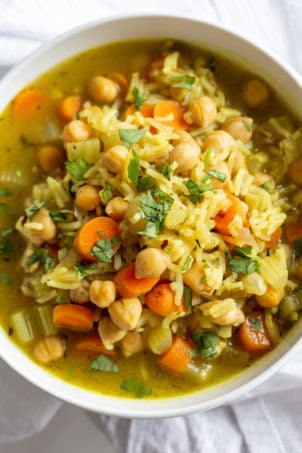 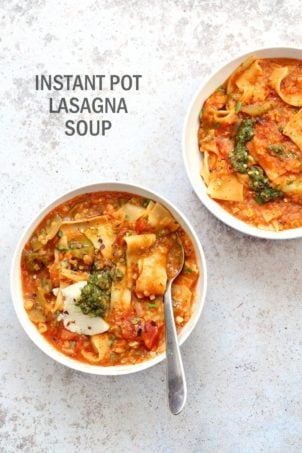 lasagna soup:Trysta says….”I keep googling to find your recipe again, this is a winner. Our favorite dinner, no changes needed. So darn yummy!” 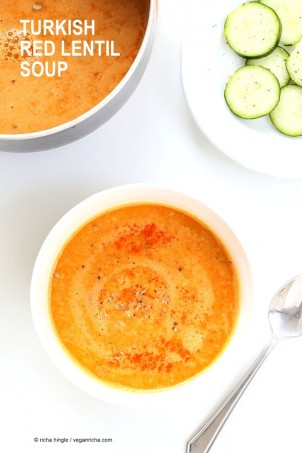 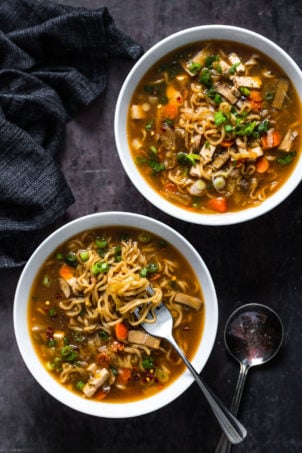 Hot sour soup ramen: Meredith says…”Wow. This is outstanding and very authentic tasting. It’s also super easy and fast. I’ll be adding this to our regular dinner rotation.
I’ve been on a quest for a good vegan hot and sour soup recipe for ages. Thank you!!”

Potato soup: phoebe says …” I cooked it tonight. It is super easy and quick. I made it in 20 mins. It was absolutely delicious. My boyfriend really loved it.!”

Vegan Potato Soup
This thick, hearty Vegan Potato Soup is quick and easy to make using simple ingredients and very budget-friendly too. Enjoy it chunky as is, puree it until smooth and/ or get all fancy with toppings.
TRY THIS RECIPE 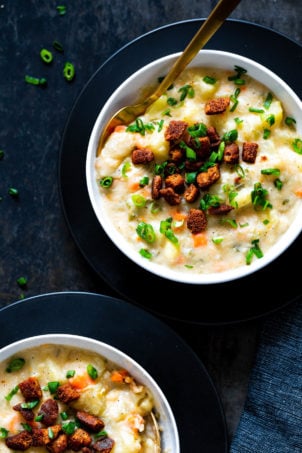 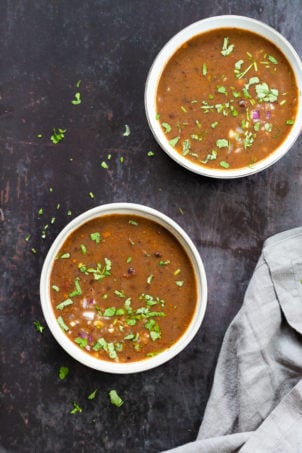 Black bean soup: Jackie says …”This was delicious!! I will definitely make this often. It was good by itself or over rice or baked potato!”

Minestrone : Donna says …” love this. I have been making this for almost a year. It’s simple, super quick and delicious every time!” 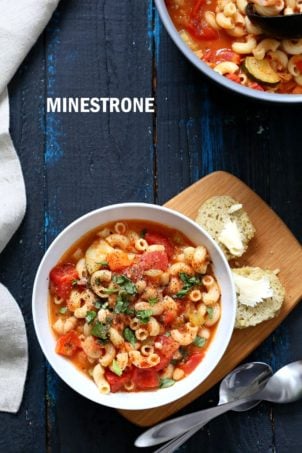 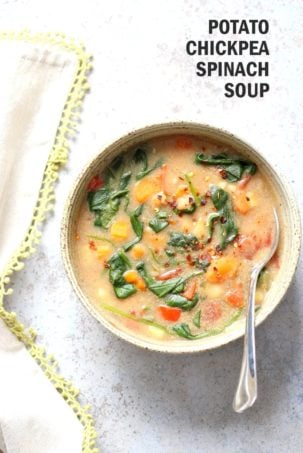 Chickpea potato soup; Kate says …” This was the most flavorful veggie soup I’ve had! Loved that it was super easy to make in the pressure cooker. I used zucchini, carrots, broccoli, and cauliflower for the veggies and coconut milk and vegetable broth for the soup.”

Mushroom  chickpea soup: Arla says …”Perfectly spiced. Great way to use up veggies! Hearty soup. One of my favourite soup recipes ever!”

Emily says ..”Amazing! Loved the texture added by the jackfruit. We had this with some take out mapo tofu. Fantastic dinner.”

Moroccan lentil soup: yasmin says …” This was the best soup I’ve had in a little while. Perfect mix of spices and so good for you!“

Moroccan Lentil Soup Recipe from The Abundance Diet.
My Australian sister-in-law Annette made this soup for us while her family was here vacationing in the United States. Here’s my interpretation of her soup, which is easily the most popular soup recipe on my website. (Recipe from The Abundance Diet, © 2015 by Somer McCowan. Used by permission from Vegan Heritage Press LLC.)
TRY THIS RECIPE 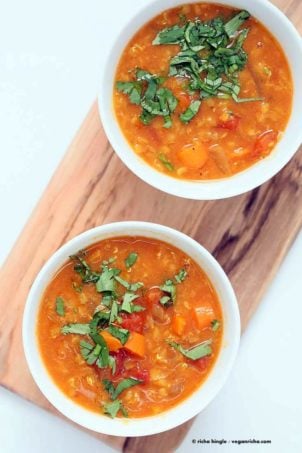 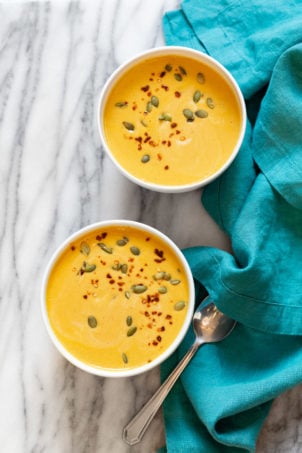 Pumpkin soup : Heather says …”I love this recipe so much and have made it several times. I’ve made it with and without the apple. And have used pumpkin and different squashes”

Red lentil chili. Ashley says …”This was seriously the best vegan Chili I’ve ever had! And I’m a regular Chili eater who has made probably 10 other recipes. Thank you so much for sharing. ” 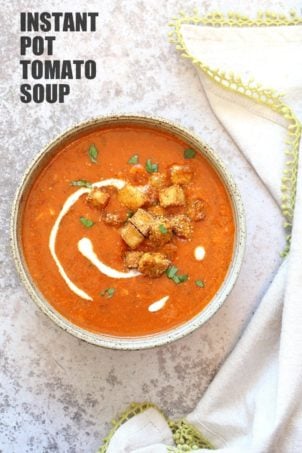 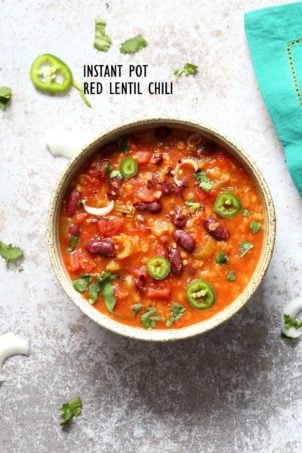