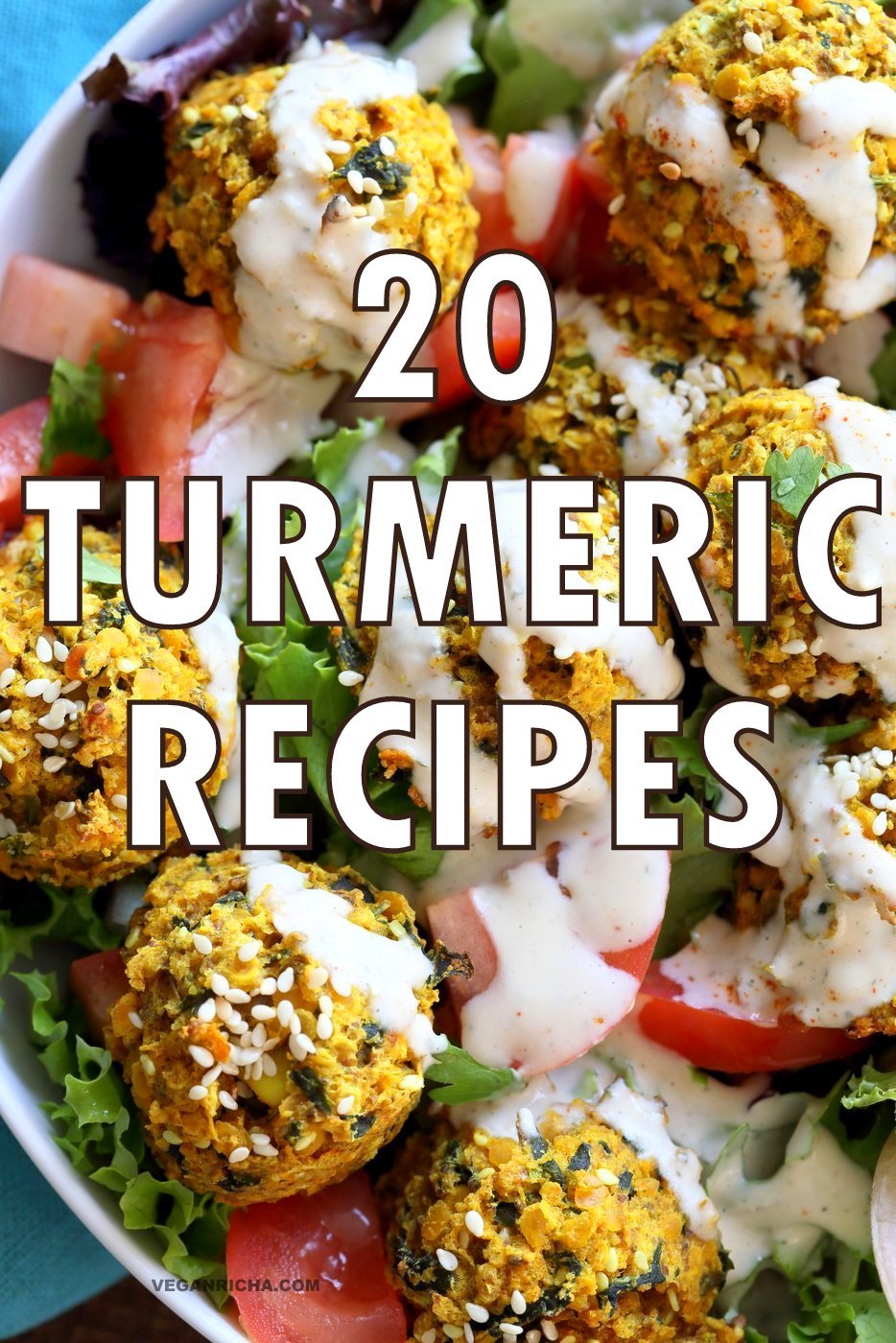 Turmeric is one of the common spices used in Indian food. We grew up eating food which had turmeric in most meals. Most Dals, curries, veggie sides have Turmeric added to them in small amounts. Some creamy white sauces, Indo- chinese food or snacks were exceptions.

With the interest in Turmeric recently increasing because of many beneficial properties, I now experiment with Turmeric in other applications other than Indian food as well. Try a few of these to start on your Turmeric adventure. In a Sauce, soup, dals, with cauliflower rice, as Turmeric Lentil Fritters (pic above), in sushi roll, in muffins, cakes, Iced tea and more. Many of the Indian Recipes! As with any spice or herb, know your body’s responses to it, start with lower amounts, read about side effects (blood thinning, gall bladder issues etc) or interactions.