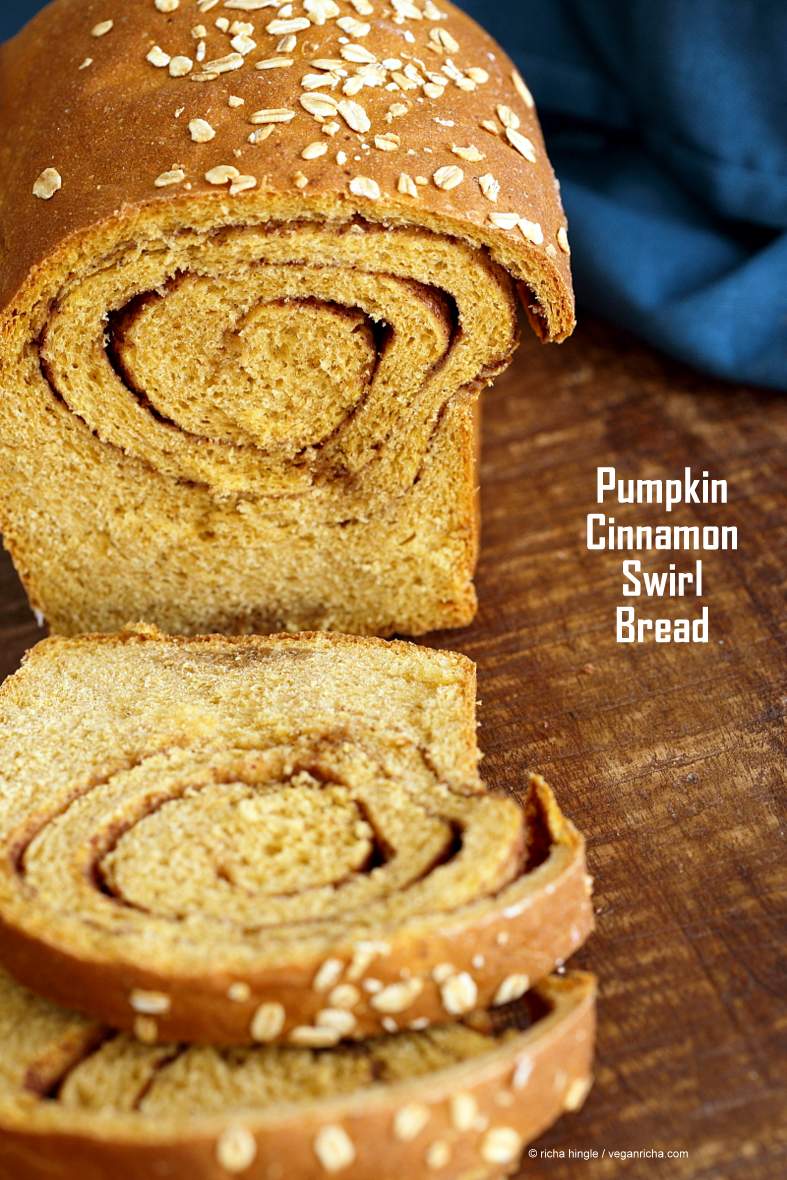 Slice, toast, slather some vegan butter, a generous sprinkle of powdered sugar or maple and serve. Or make french toasts or french toast bake. The dough can also be converted into Pumpkin Cinnamon rolls. Dress with a vegan cream cheese frosting or pumpkin spice caramel.

Last day to enter my holiday giveaway, where I am giving away 120 things including my book, food processor, spice tiffins, copper serving vessels, coupons and more. Make the sponge and let it sit for an hour. Add the rest of the dry ingredients and knead into a smooth dough. Roll the dough out. sprinkle sugar and cinnamon. Roll and seal the edge. Cool completely and slice with a serrated knife. 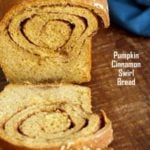 Variations: add vanilla extract along with the spices.
This bread can also be made with all whole wheat flour.
Sub any other squash puree or sweet potato puree for pumpkin. Nutritional values based on one serving