Golden Chai Mix for Turmeric Chai Latte. Golden Milk Mix + Chai Spice is a perfect start to the morning. This mix is caffeine-free, great for gifting, and use in curries, dals, stews, with veggies. Vegan Glutenfree Soyfree Nutfree Recipe. Jump to Recipe

I’ve been trying to change up my morning Chai to be caffeine free. Don’t ask me how that is going (it is hard!). I’ve been reducing the masala Chai and subbing a portion of it other options. This cup of this Turmeric Chai works the best. The warm spiced drink feels cozy and the refreshing spices remind me of the brewed spiced masala chai. Success!

My favorite Indian Chai spice mix gets a makeover with the addition of Turmeric and some optional saffron. This potent and flavorful mix makes amazing golden chai latte, minus the chai(tea, caffeine). Mix up this golden chai mix, change up the amounts of spices to preference. Boil in a small amount of non dairy milk then add some frothed non dairy milk and done!

You can add a tea bag to it for tea, serve it cold over ice or make a golden ice cream shake or smoothie! You can also use this mix in dals, veggie stir and curries! Try it in my peanut butter chickpea curry, lentil soup, and aloo gobi. Lets make some! 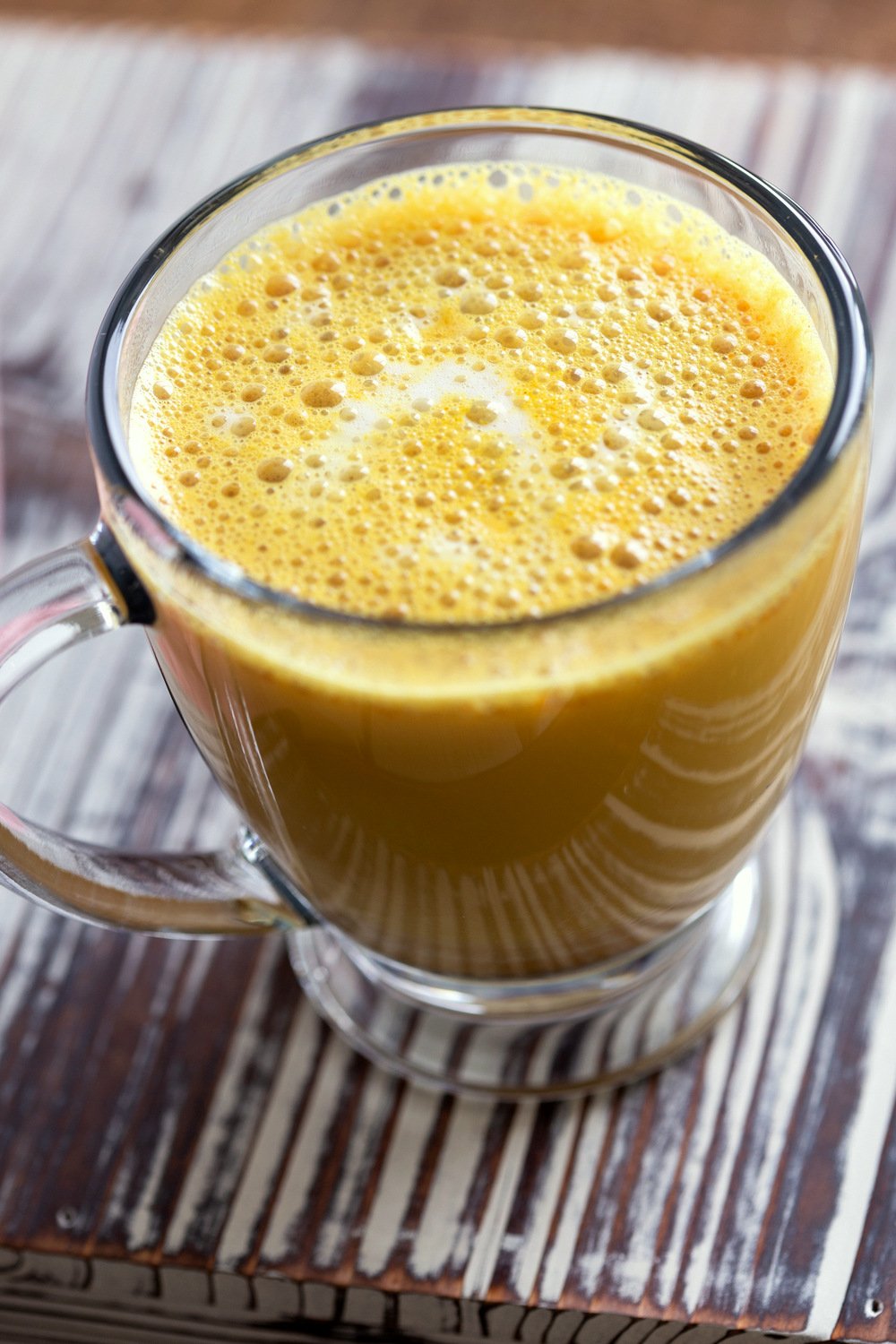 Note: Turmeric in small amounts is generally ok for everyone. However, turmeric can cause slower blood clotting. If in doubt, please consult your doc about the amounts and frequency that is ok for you.

Measure out the ingredients and add to a jar. Mix well and store in a dry, cool place. 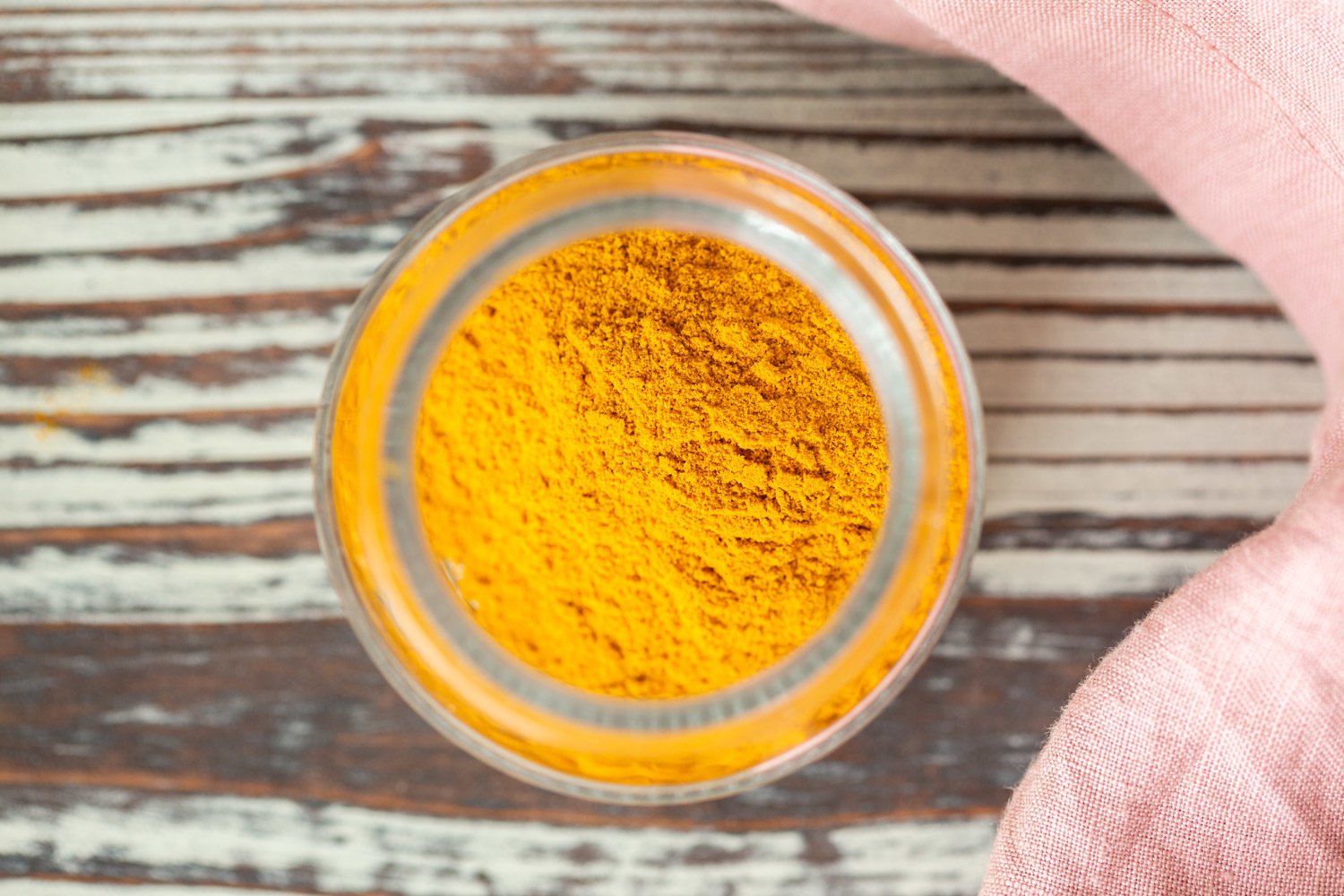 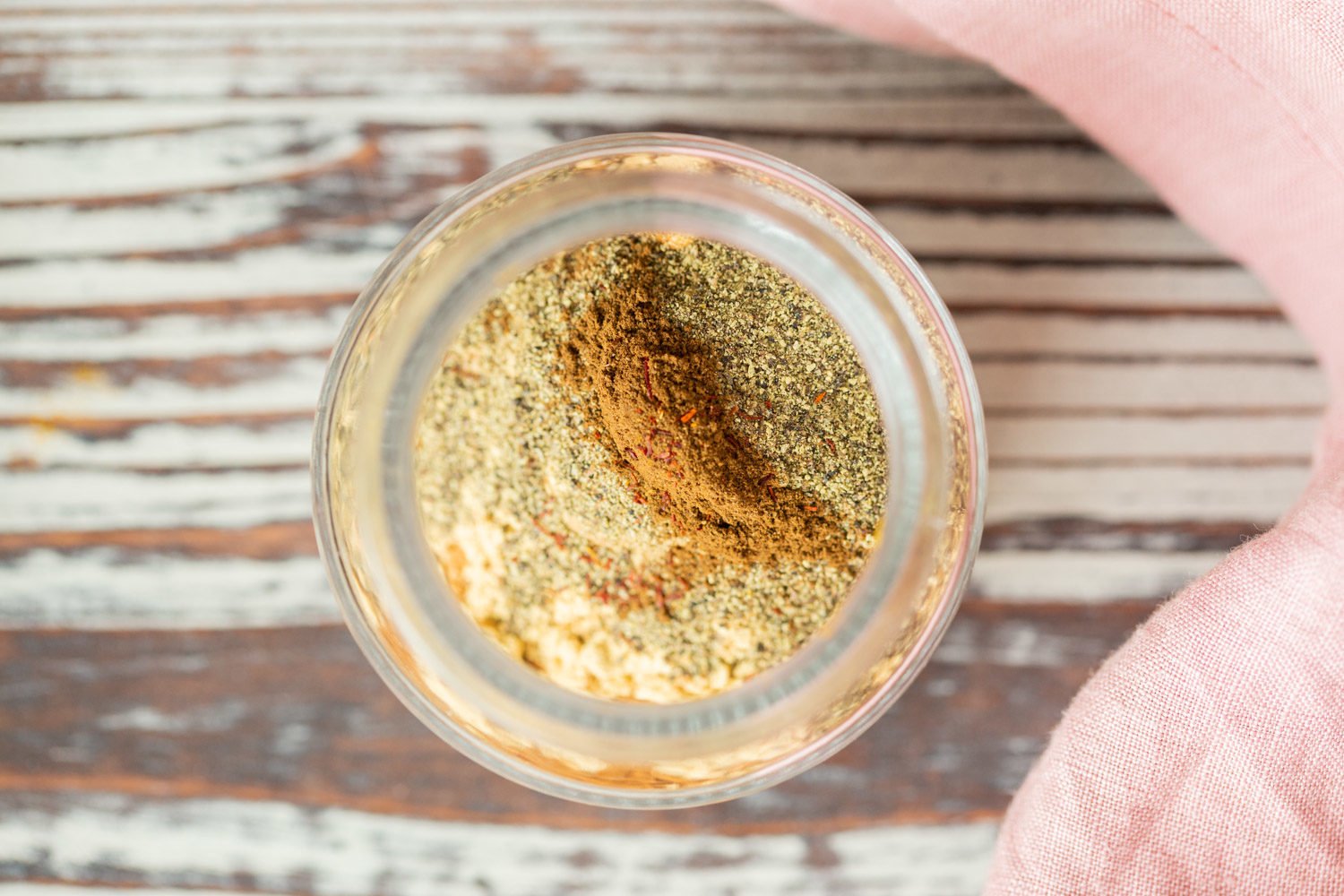 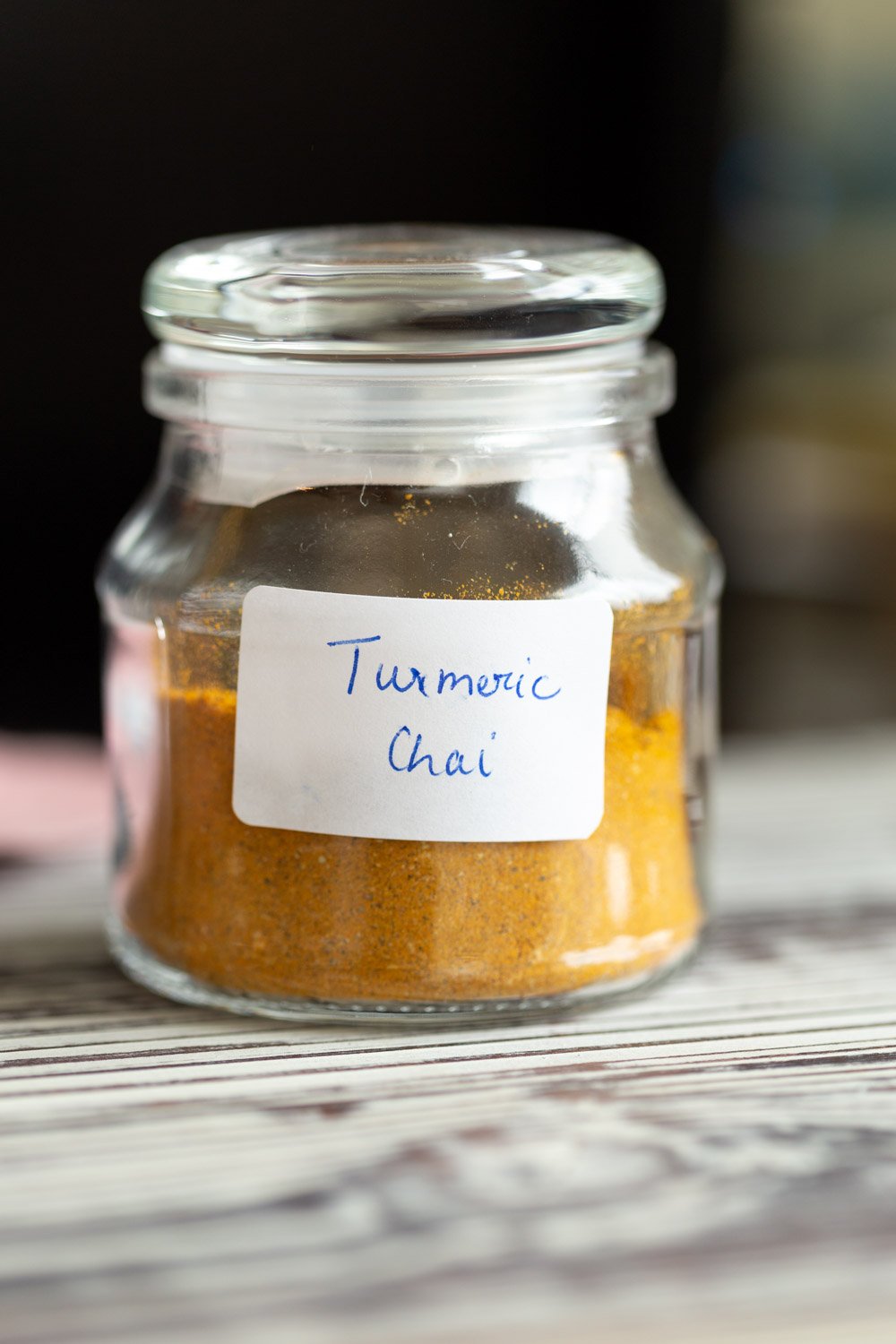 More Drinks from the blog

Try this Shikanji – spiced India Lemonade/Limeade! Some Chaas- Indian Vegan Buttermilk, spiced and chilled for a delicious after meal drink.

Make the hot Turmeric Chai Latte by boiling some of the golden chai mix with non daiy milk. then adding the remaining milk, sweetener and bring to a gentle boil. Strain and serve! 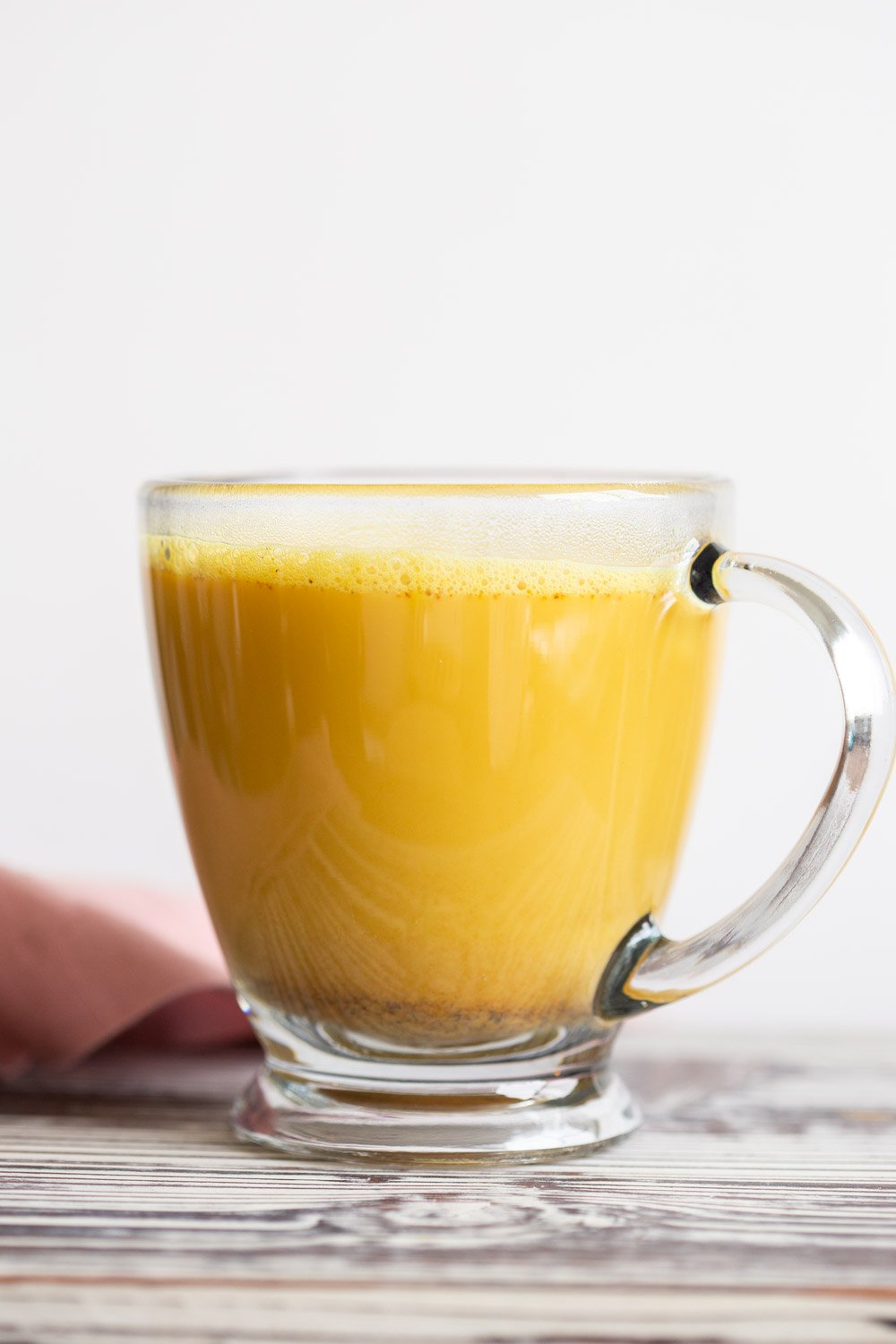 How to use Golden Chai Mix 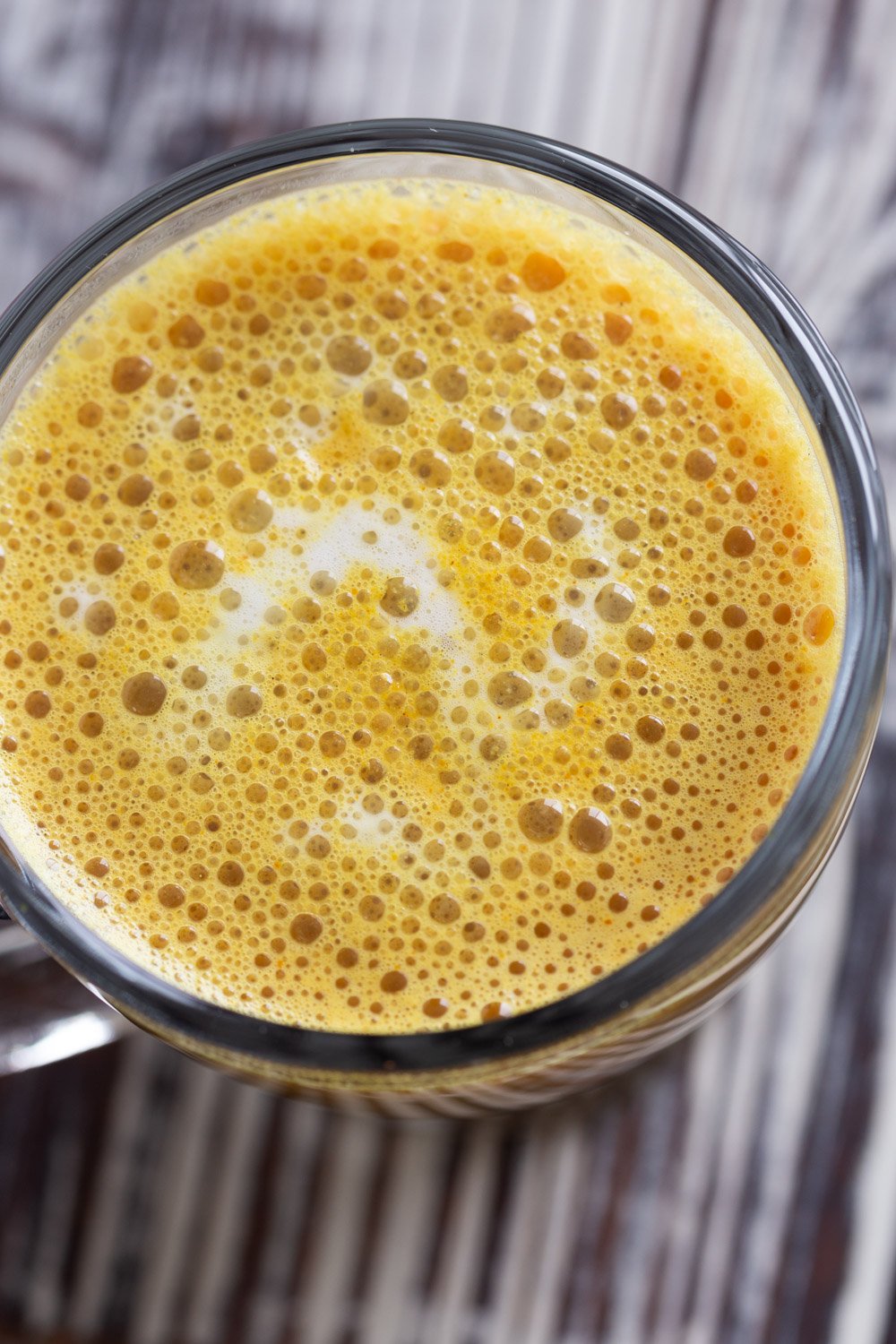 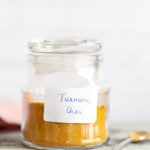 Variation: Add 1 black tea bag with the turmeric mix for Turmeric Chai Tea.   Nutrition is for 1 tsp of the mix. Does not include the non dairy milk and sweetener.