Besan and Chickpea flour are Not the same. Besan or gram flour is a flour of chana dal or split brown chickpeas. Chickpea flour or garbanzo flour is ground up white chickpeas. Similar flavors, but not the same flour. Read below for differences and where to use which flour. 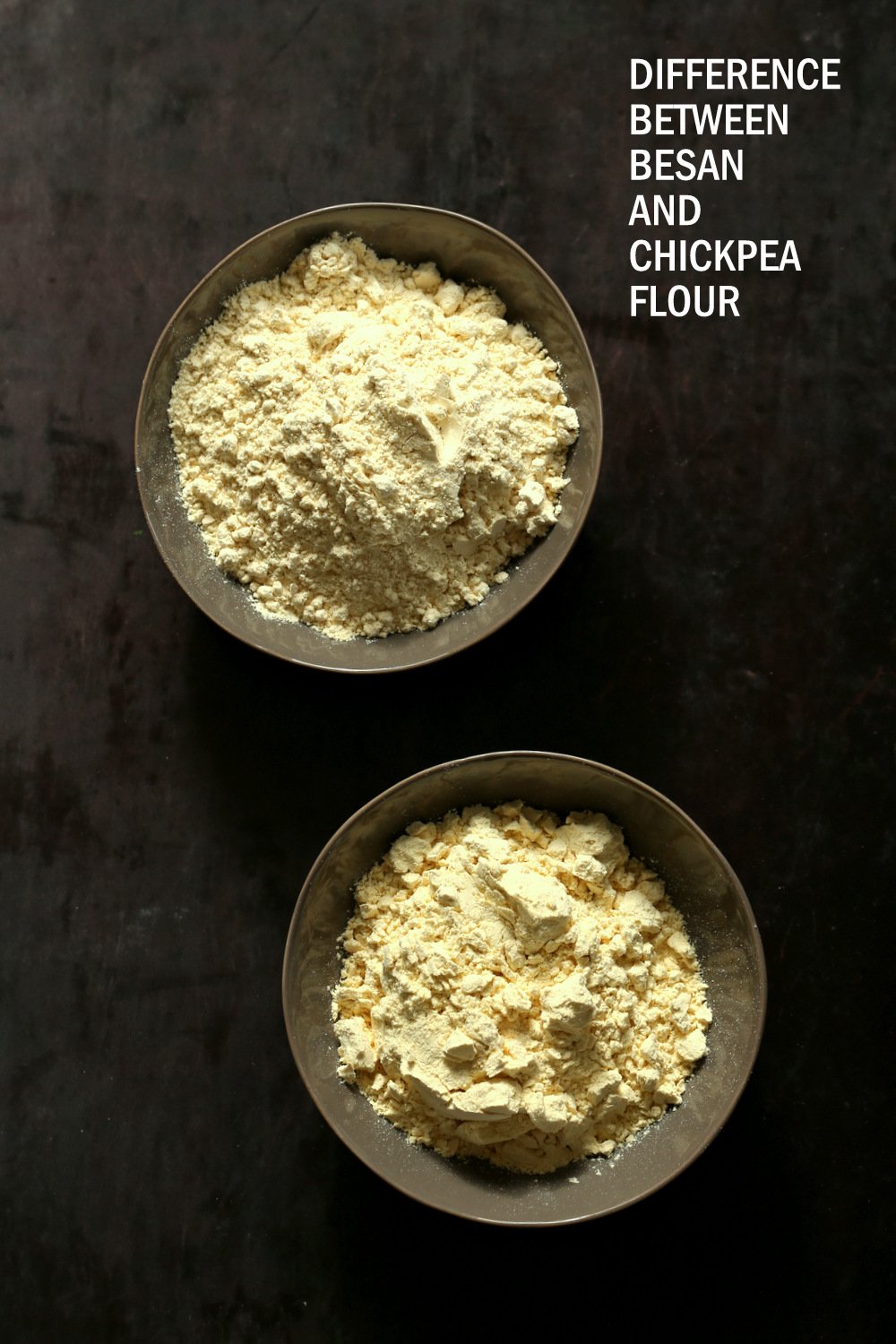 Besan or gram flour is a flour of chana dal or split brown chickpeas. Chickpea flour or garbanzo flour is ground up white chickpeas. Both have similar flavor and behavior but enough difference that a substitution can sometimes mess up a recipe.

Pictured above, the top bowl has chickpea flour which is lighter, coarse and fluffy. Bottom bowl has Besan which is finer, smoother and hence more compact.

WHAT IS THE DIFFERENCE BETWEEN BESAN AND CHICKPEA FLOUR?

Chickpea flour (in the US) is the flour of white chickpeas and is labelled as chickpea flour or garbanzo flour.

Besan is usually much finer ground and needs much less water than chickpea flour.

White Chickpea flour is a coarse flour and usually will need more water to make same consistency batter. It also yields a dryer result on baking or other kind of use.

They taste slightly different. Sometimes, you have to take these differences into account, when substituting one for the other in a recipe. In some recipes, subs work out just fine, while others need adjusting. They both taste a bit bitter when raw, so they are not a good candidate in raw flour recipes such as edible cookie dough. 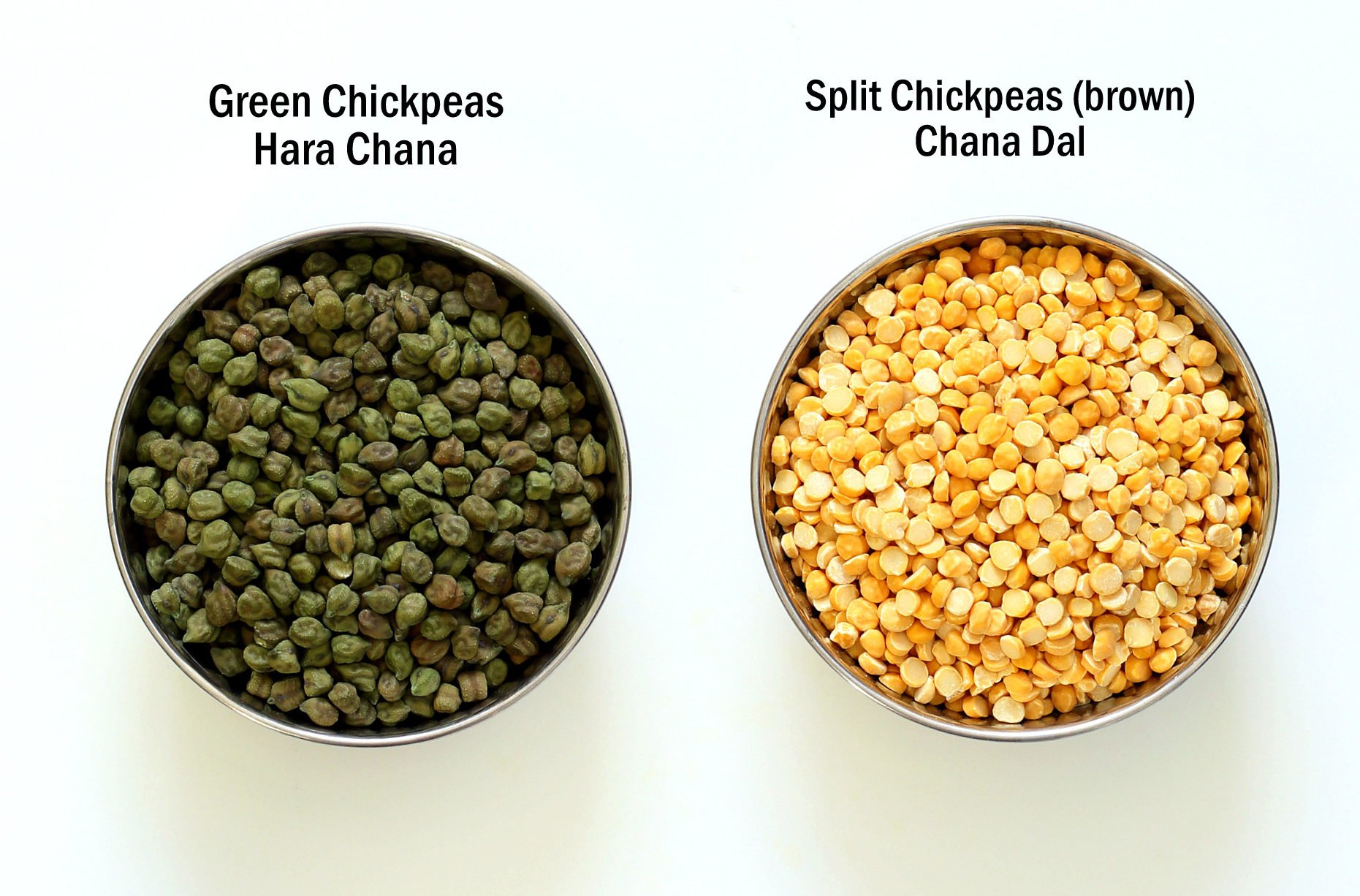 More Pictures of pulses, legumes and their names on this Page.

As you can see from the pictures, Chana Dal is basically brown chickpeas that have been split and skin removed. This chana dal is made into a flour for besan. When the besan is of brown chickpeas with the skin, then that kala chana besan has a darker hue and earthier flavor. This besan is not used as commonly as regular chana dal besan.

Besan has a less bitter flavor profile than garbanzo flour. It works great in recipes where the flour might not always get fully cooked/roasted, or used for crispyness. For eg, crepes or thin pancakes like Chilla work best with besan. Steamed savory cakes (dhokla), fried fritters(bhajji/pakora), soups(kadhi).

For recipes like Burfi (chickpea flour and coconut fudge)  or Flan, where the flour is used as a thickener or in smaller amounts, either flour will work.

Besan also works better in baking where it is used for flavor and not volume. like cookies. But there are exceptions!

I prefer besan in my Gluten-free Baked Lemon donuts and in my Gluten-free Cinnamon Bread! Although both of these recipes need volume flour which would mean you opt for chickpea flour, that is generally not a good option. Chickpea flour in leavened gluten-free baking tends to dry out a lot more and not have enough baking time to cook out the flavor. While besan will make a more moist and more pleasant tasting result! Chickpea flour works in these baked recipes too. Just add additional icing for moisture. 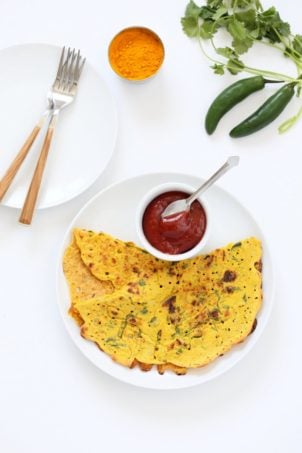 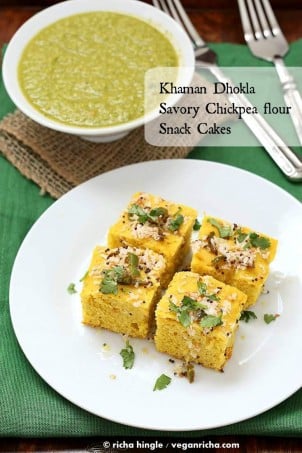 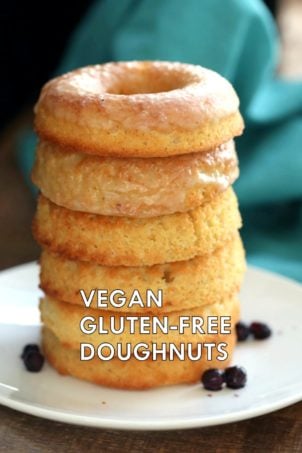 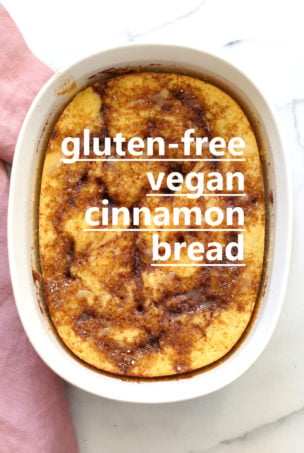 For pies, quiches, frittatas or anywhere you want things to set more, or baking with thicker batter ie. it depends on volume, use chickpea flour. Eg Chickpea flour frittata, and baked fritters.

Chickpea flour has more hold and works well to use in volume bakes such as fritters. Chickpea flour tofu (Burmese Tofu)made with chickpea flour is firmer and more sturdy than the one made with besan, which will be soft and more gel-ly.

For omelets, it depends on what you prefer, thinner, moist result or fluffier. For fluffier thicker omelets use chickpea flour. although it dries more, so you would need moist stuffing and some dressing.

Chickpea flour has a stronger flavor and is a dryer flour. the flavor takes longer to cook out into a nutty pleasing state. So recipes where the flour gets variable cooking times are not great with chickpea flour. Raw Chickpea flour tastes very bitter and the flavor will show easily. Use it in pies, baked fritters where volume and the mixture setting tot more solid state is important. Besan will be more souffle like while chickpea flour will set. 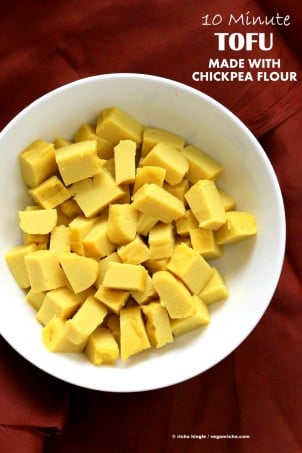 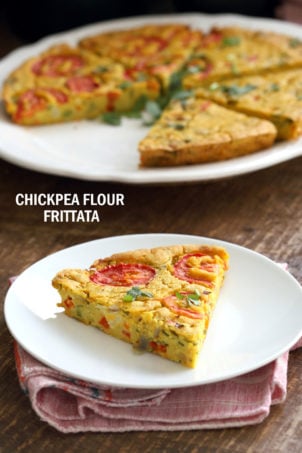 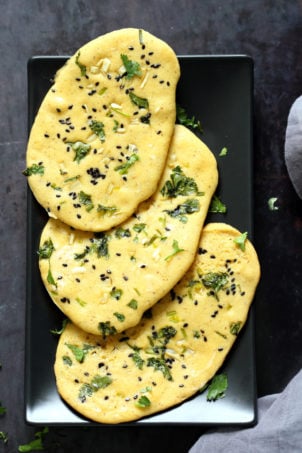 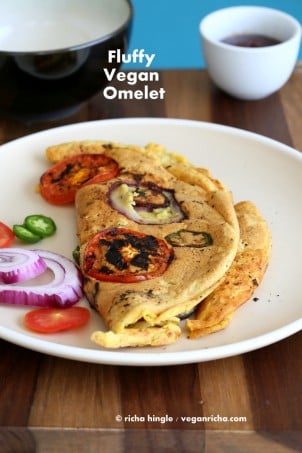 Can I make Chickpea flour at home?

Yes! If you have a high speed blender, blend dry chickpeas until preferred fine consistency. Blend chana dal to make besan. It might not be as fine as store bought.

Can I use chickpea flour as a substitute for wheat flour?

Nope. Direct substitution for with-gluten flours like wheat or all purpose will rarely work.

It depends. For most baked recipes the flour will leave a raw bitter after taste. For some recipes, chickpea flour or besan can substitute a portion of the gluten-free flour blend. The recipe has to be adjusted and made especially for these flour for best results. The recipe will most likely have more flavor and sweetener and longer bake time to cook out the raw flavor from the flour.

The flavor is also a matter of getting used to. If you frequently try chickpea flour in various ways, you will most likely not find the flavor as bitter. Besan is not as bitter and might be a better substitute in some cases.

How to store chickpea flour and besan?

Like other types of flours, chickpea flour and besan should be stored in a sealed container to keep out moisture in a cool place. It stays fresh for upto 6 months,  and longer if refrigerated. Besan from Indian stores sometimes is already a few months old and has been stored in hot conditions. So I generally use it up within months or refrigerate.

I tried a recipe that called for Chickpea flour or Besan and it didn’t work?

This can easily happen for several reasons

What other questions do you have about these 2 flours! Leave me a comment below and I will try to add answers to the post.

Conclusion: Besan is Brown Chickpea flour, is finer and milder flavor. Garbanzo bean flour (white Chickpea flour) is coarse, dryer, more bitter flavored and needs more moisture. A generic Chickpea flour label can be used for either depending on your location(country), brand etc. Read the description if provided to check what chickpea is the flour of, as they both behave very differently.